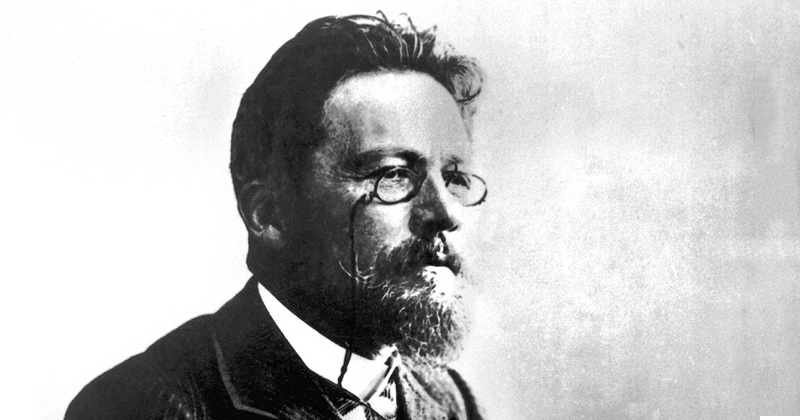 “It was sickening”: Read Chekhov’s withering review of his own first play’s opening night.

Tomorrow marks the 117th anniversary of the death of the legendary Anton Chekhov. He’s considered one of the greatest short story writers of all time, and his now-classic plays laid the groundwork for realism as the spine of mainstream contemporary theater. Also, he was a practicing medical doctor during most of his writing career; what couldn’t this guy do? But even Chekhov is a relatable artist—in that he was embarrassed by his own work.

In 1887, Chekhov—then primarily a satirist and short story writer—was commissioned by Korsh, a theatre manager, to write his debut play, Ivanov. Chekhov wrote Ivanov in just two weeks and it was immediately produced—and Chekhov was miserable. In a letter to his brother Alexandr shortly after the first performance, Chekhov excoriated the actors as “unrecognizable to me,” “drunk as a cobbler,” transforming the text into something “tedious and disgusting.” Yet, the audience loved the play, and had “never seen such a ferment in a theater, such universal clapping and hissing.” Chekhov summed up his conflicting feelings succinctly: “On the whole I feel tired and annoyed. It was sickening though the play had considerable success . . .”

Well, the first performance is over. I will tell you all about it in detail. To begin with, Korsh promised me ten rehearsals, but gave me only four, of which only two could be called rehearsals, for the other two were tournaments in which messieurs les artistes exercised themselves in altercation and abuse. Davydov and Glama were the only two who knew their parts; the others trusted to the prompter and their own inner conviction.

Act One.—I am behind the stage in a small box that looks like a prison cell. My family is in a box of the benoire and is trembling. Contrary to my expectations, I am cool and am conscious of no agitation. The actors are nervous and excited, and cross themselves. The curtain goes up . . . the actor whose benefit night it is comes on. His uncertainty, the way that he forgets his part, and the wreath that is presented to him make the play unrecognizable to me from the first sentences. Kiselevsky, of whom I had great hopes, did not deliver a single phrase correctly—literally not a single one. He said things of his own composition. In spite of this and of the stage manager’s blunders, the first act was a great success. There were many calls.

Act Two.—A lot of people on the stage. Visitors. They don’t know their parts, make mistakes, talk nonsense. Every word cuts me like a knife in my back. But—o Muse!—this act, too, was a success. There were calls for all the actors, and I was called before the curtain twice. Congratulations and success.

Act Three.—The acting is not bad. Enormous success. I had to come before the curtain three times, and as I did so Davydov was shaking my hand, and Glama, like Manilov, was pressing my other hand to her heart. The triumph of talent and virtue.

Act Four, Scene One.—It does not go badly. Calls before the curtain again. Then a long, wearisome interval. The audience, not used to leaving their seats and going to the refreshment bar between two scenes, murmur. The curtain goes up. Fine: through the arch one can see the supper table (the wedding). The band plays flourishes. The groomsmen come out: they are drunk, and so you see they think they must behave like clowns and cut capers. The horseplay and pot-house atmosphere reduce me to despair. Then Kiselevsky comes out: it is a poetical, moving passage, but my Kiselevsky does not know his part, is drunk as a cobbler, and a short poetical dialogue is transformed into something tedious and disgusting: the public is perplexed. At the end of the play the hero dies because he cannot get over the insult he has received. The audience, grown cold and tired, does not understand this death (the actors insisted on it; I have another version). There are calls for the actors and for me. During one of the calls I hear sounds of open hissing, drowned by the clapping and stamping.

On the whole I feel tired and annoyed. It was sickening though the play had considerable success . . .

Theatre-goers say that they had never seen such a ferment in a theatre, such universal clapping and hissing, nor heard such discussions among the audience as they saw and heard at my play. And it has never happened before at Korsh’s that the author has been called after the second act.

So, playwrights, if you’ve ever been angered by a performance of your work, just know that in the long run, you’re permanently shaping your discipline for centuries to come. Now that’s a Chekhov’s gun.