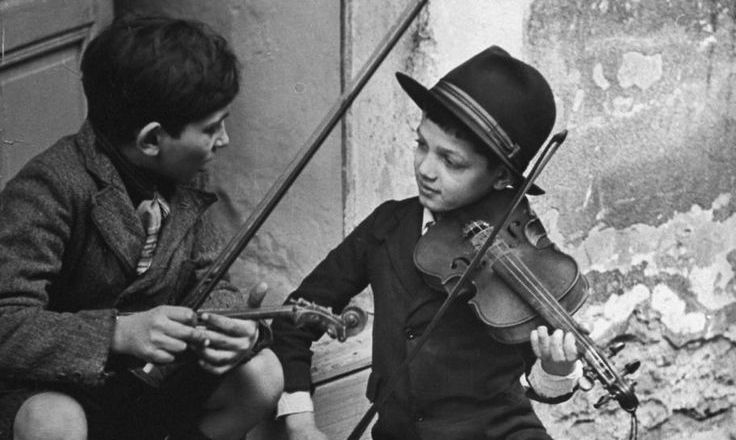 Szilárd Borbély: 'I Write About Poverty Because There Is
Nothing More Tedious Than Poverty.'

We Eastern Europeans are all Kafka’s sons.

The tiny village of Túrricse, where Szilárd Borbély lived for the first nine years of his life, stands on Hungary’s great plain, the Alföld, the flat expanse stretching from the eastern bank of the Danube out to the distant Carpathians. On current maps, Túrricse lies at the very edge of the nation’s political borders, with Ukraine and Romania literally within walking range. Not only is the village’s distance from Budapest striking, but even as far as regional towns are concerned, Túrricse is closer to Romania’s Satu Mare and Ukraine’s Mukachevo than any larger settlement on the Hungarian side.

At one time the village was less geographically marginal. During the centuries of Habsburg rule, up until the Treaty of Trianon was signed in 1920, the Kingdom of Hungary reached much farther: Satu Mare was still officially Szatmár, Mukachevo was still Munkács, and the population’s ethnic, or, to be more accurate, ethno-religious, mixture was far more fluid. One influence emanating from both Ukraine and Romania was the presence of the Greek Catholic Church in the region, a religious orientation somewhat rare among Hungarian-speaking populations both inside and outside the current borders. Even more notably, the immediate vicinity had once contained several strong Jewish communities, including the Hungarian-speaking Orthodox lineage of the Satmar (Szatmár) Hasidim. Yet this has always been an impoverished land. Its soil is meager, the regular floods from the Tisza River and its many tributaries are always a threat, and there are few links to the world outside.

In an unpublished essay from 2012, “The World of Kafka and the Culture of Brutality,” Szilárd Borbély describes his personal background, blending poetic sensitivity with harsh fragments of Stalinist jargon:

I was born on November 1, 1963, in a village in eastern Hungary of some four hundred souls, and I grew up in Túrricse. In this tiny village close to the Ukrainian and Romanian borders, the onetime peasant world of Eastern Europe lived on. There existed in that milieu a unique mixture of collectivist ideology and the traditional peasant worldview; at the same time, the socialist dictatorship was slowly yet gradually abating. My family was considered to be “class enemies,” and due to suspicions of Jewish origin, as well, we were shunned. For me, the functioning of the collectivity of the village made the culture of brutality palpable.

The 1960s were a peculiar decade in Hungary, even more so in its rural peripheries. In Budapest, the heroic resistance and tragic defeat of the 1956 uprising became the predominant focus of collective memory, as did the efforts of the reimposed Communist administration towards their obliteration. But in Túrricse, all of these world-historical events seemed far removed from everyday experience. Instead, it was the traumas of World War II that remained most vividly evident. Miklós Horthy, the former Habsburg admiral who had ruled Hungary single-handedly as regent starting in 1920, had brought the country into alliance with Nazi Germany—partly in hopes of regaining territory lost after the Trianon treaty, yet also partly due to genuine ideological agreement. Through this alliance, Horthy not only involved the woefully ill-equipped Hungarian army in Hitler’s assault on the USSR, with casualties measuring (in the most conservative estimates) around 200,000, but also willingly arranged the deportation of even larger numbers of Hungarian Jews from the countryside to Nazi concentration camps.

In 1944 Horthy was deposed, and power was seized by the even more extreme Ferenc Szálasi, leader of Hungary’s Arrow Cross, a paramilitary Fascist movement. Szálasi was responsible for the most widely cited atrocity of Hungarian fascism: the murder of Budapest’s Jews in random shootings in the Budapest ghetto and in organized massacres along the Danube embankment. Yet the events that wreaked the greatest damage within the world of The Dispossessed [trans. Ottilie Mulzet] were those from an earlier date: the seemingly calmer days of Horthy’s rule, regarded by all too many on the contemporary Hungarian right with disturbing nostalgia.

Borbély describes the peculiar status of the part-real, part-fictional village of his writing as “existing outside of time.” It pre- served in microcosm the lived forms of an ancient culture while destroying all traces of the recent past. This ancient culture, for him, was one of brutality transmitted through language:

In a milieu such as this, the process of growing up and the acquisition of language do not occur within the framework of education but instead within a harsh discipline, like animal training. This brutal discipline of language use kept the traditional ancient peasant culture of brutality alive.

At the time when he wrote the novel, Borbély seemed to stand at the top of his career: a highly acclaimed poet, dramatist, essayist, and literary historian with a teaching position at the University of Debrecen. From his first mature works in the early 1990s, he was universally regarded by Hungarian critics as one of the most vital figures in the impressive generation of poets to emerge in the post-Communist era. The Hungarian literary world, as well as the reading public, greeted The Dispossessed with great fervor on its publication in 2013; since then, it has gone through at least five reprintings. When one of the most important literary figures of recent times, one known for his strong personal reticence, chooses to write in detail about his agonizing childhood, it is certainly a major literary event. But the overwhelming response to The Dispossessed had to do with more than that. No Hungarian author—whether novelist or social scientist—had ever really written about the persistence, even through Communist social levelling and late-20th-century social advances, of Hungary’s deep and intractable poverty the way that Borbély did, with his laser-sharp observations and uncompromising ethical stance. For the articulate voices of Hungarian society—with its near-incessant nos algia for past aristocracies and purported lost golden ages—the bitter inequalities prevailing across time, from the serfs sleeping in the barn to the broad levels of socially excluded today, remain a taboo subject. Rooted in centuries of division, the material and social deprivation of Hungary’s marginal classes has remained untouched as much by the post-1989 democratic order as any of the regimes before.

The figure of Messiyah in The Dispossessed—the despised Gypsy, or Roma, of the village, whose main occupation, apart from attracting the scorn of the village men who hang out in front of the tavern, is to clean out the outhouses in the village—is something like an untouchable in this closed universe. His “nickname” is a variation of the word Messiah: he is the only one in the village who has a beard. When someone wants him to clean out their outhouse, they show up at the tavern, asking: “Has Messiyah left yet?” The village is indifferent to the implications of this question: the Messiah has abandoned this place, although it is impossible not to keep hoping for Him. Or: he is present, and he is despised.

Borbély once stated in an interview that he had promised his father that he would never write about what he’d seen in the village as a young boy. He kept the promise until his father’s death in 2006. In an interview in 2013, he stated:

My origins obligate me [to write about the marginalized]. I come from the depths. There are masses now who will never get a chance. I lived in an atmosphere, and I grew up in a family, where everyone felt and knew that we counted for nothing . . . I write about poverty because there is nothing more tedious than poverty . . . and because I see a continual disintegration in how poor people are treated, whether they are Roma or Hungarians. And because I would, today, hardly be able to get out of that milieu that I came from. This gnaws away at my heart; it is deeply upsetting to me.

From the introduction to The Dispossessed, by Szilárd Borbély.

Ottilie Mulzet is a Hungarian translator of poetry and prose, as well as a literary critic. She has worked as the English-language editor of the internet journal of the Hungarian Cultural Centre in Prague, and her translations appear regularly at Hungarian Literature Online.

'Post-Truth' is a Terrible Word of the Year 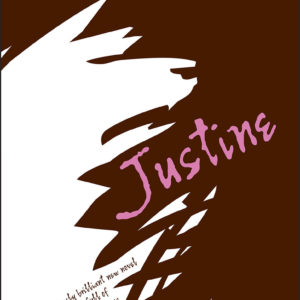 The Factory is still deserted. I’m a small body in a large building. My hands are unwrapped now. I thought it was worse....
© LitHub
Back to top