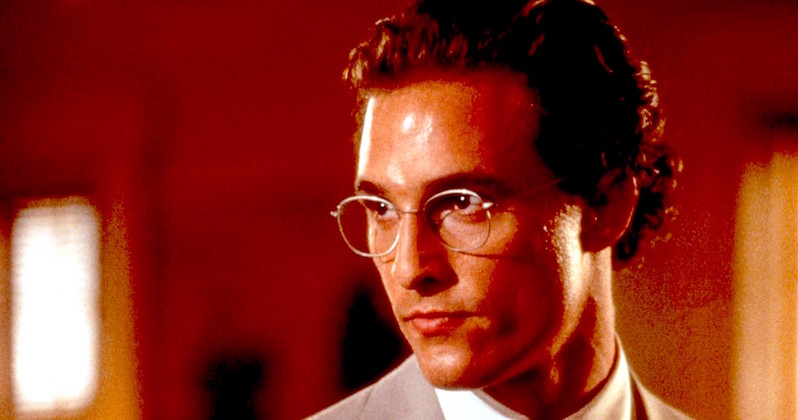 It is once again time to kill for future Texas governor Matthew McConaughey.

Consider the recent evidence. No sooner had McConaughey finished up an extensive Zoom book tour for his 2020 memoir, Greenlights (which debuted at number one on the New York Times non-fiction bestseller list back in October), when he announced that he was seriously considering running for governor of his beloved Lone Star state (currently presided-over by irredeemable shitbag Greg Abbott). The ink was barely dry on that story when this latest piece of McConnews broke: the Academy Award-winning Dallas Buyer’s Club and True Detective star has signed on to reprise the role of smooth-talking, sweat-glistened Mississippi public defender Jake Brigance in a HBO limited series adaptation of A Time for Mercy, John Grisham’s followup to his iconic debut novel, A Time to Kill.

In 1989’s A Time to Kill, the young Brigance defends a Black man who has killed the two white supremacists who savagely raped his daughter. In A Time for Mercy, published just last year, a now middle-aged and world-weary Brigance must defend a sixteen-year-old boy who is facing the death penalty for killing mother’s abusive, deputy sheriff boyfriend.

As you may recall, the star-studded movie adaptation of A Time to Kill was a huge critical and commercial success back in 1996, and the role of Jake Brigance became something of a breakout one for McConaughey, who has been comfortably ensconced in the A-lister camp ever since. It therefore seems only fitting that he return to the role for one last righteous, dewy ride before moving his family into the burnt orange governor’s mansion.

As an Austin resident, teenage Grisham completist, hater of Abbott, lover of McConaughey’s myriad incarnations, and someone who has seen A Time to Kill (surely the most entertaining of the 90s Grisham adaptations) upwards of twenty times, I’ll be following all upcoming developments with keen interest.