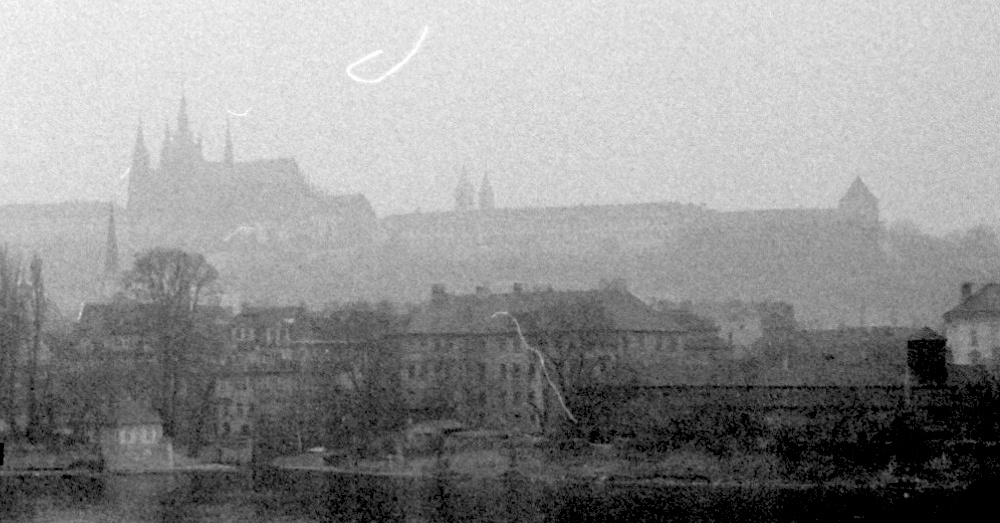 Here we are in July. I have started on the cherry-tree. It is not a big yield (the bees didn’t fly) but the cherries are fine and sound, and there are just enough for eating and giving away. I was at the top, whistling and thinking to myself: Here I am cherry-picking again, it only seems like yesterday. I have the same feeling when I’m hanging decorations on the Christmas tree that I took down only about a fortnight before.

There is an evening concert on the radio: mournful Martinů, and it occurs to me that Mojmír might be mournful too. He always gets us tickets for concerts. And now he is sitting there alone in his little cabin, not so very far from here in fact, and what’s he up to? Lazing about or vainly writing, with only cigarette-smoke for company.

Today I cut the grass—with a hand-mower—in the part of the garden that is lived in. I weeded the currants and pruned the roses. I enjoy inspecting the grafts to see how they are looking. I put a bit more saltpetre on the gooseberries to keep them going and help them nourish their terrible burdens of fruit. I actually took a nap in the afternoon. From time to time I read Lenka Procházková’s manuscript. Yesterday I went to bed at nine o’clock and woke up this morning at nine without dreaming anything. I expect I have low blood pressure and I have an ear-ache. I ought to go and see Dr. Soukup with it, but I haven’t the time, so I expertly prescribed myself penicillin. The barometer, having dropped slightly during the day, is rising slightly now in the night, I notice.

Being with people all the time, I am no longer capable of being on my own for a couple of days, which is why I kept waiting for Karel Kosík to come. If I don’t go and fetch him he won’t come of his own accord; this experiment has been going on for the past fortnight. I want him to see how our cabbage rose (Rosa centifolia) is flowering and to have a look at that new rose—“Diamant”—that we bought together last year. The Jessica is also magnificent this year: firm and sturdy. Jessica, Jessica, I pronounced the word to myself and tried to see what sort of woman the sound conjured up. Queen of Bermuda so frost-bitten that she had to start again right from the ground, and it looks as if it did her no harm. I use no sprays on anything. There is none of the mildew that was so prevalent last year.

But my view is that any government under which so many people are unable to live ought to be punished.

The world is outraged at Vietnam driving the Chinese out onto the sea and everything possible is being done to give them somewhere to land. But my view is that any government under which so many people are unable to live ought to be punished. How crazy it is: by the time Europe and America eventually adopt a wise and conciliatory attitude towards all living creatures as being manifestations of the Spirit, Africa and Asia will be just reaching the stage of loutish nouveaux riches who want everything and go around beating people up. It makes me chuckle to hear how the Soviet press are warning the American Congress not to have the temerity to reject what the Russians have just agreed on with the President. Their idiotic amazement that the top official is not the Big Boss too!

I talked to Jan Procházka a fortnight before he died. He said: “It’s OK now. I just need to get my strength back a bit.” His daughter Lenka—how old she is I do not know—came to ask if I had read her Pink Lady. Previously she gave her things to Pavel Kohout to read. He, I suspect, lent a hand with the family after Procházka’s death. There are several children, I am not sure how many exactly,  and the amazing thing is that they seem to have grown  up and reached adulthood under their own steam, without society showing the slightest interest in them. Most of the people I know were at a moral loss, so to speak, when it came to Procházka: a writer, a member of the Central Committee of the Czechoslovak Communist Party, someone who associated with President Novotný . . . His writing displayed unalloyed rural common-sense and feeling, and his life a similar rural respect for the Castle. Naturally! It has always been a well-known fault of the Castle that it lets us country people down. “A proper Čapek to his Masaryk,” was someone’s perceptive observation, but even then I did not think it told the entire truth. Something happened between Procházka and me that I will always be ashamed of: he was more open with me than I with him. He already regarded me as his friend while I was still scrutinizing him from a distance.

This bedroom has a nook with a small skylight. The nook is curtained off by a linen screen, embroidered with probably Slovak patterns.

“When I write a novel,” Lenka told me, “they reject it as being too much like a film script. The film people tell me it’s a novel. I gave the children’s publishers something; they said it was quite good but someone else should have written it.” She is nut brown and skinny as a rake; a kiss-chaser. A big kid just beginning to behave like a woman. But from her face with its oddly coarse features, there gaze out enquiring eyes that are much older. At page 60 of the fairly-well-typed manuscript I suddenly realized that the novel already had four pairs of characters of different ages and backgrounds whose lives were in full flight and I was eager to know what would happen next. It involved me. Her language is not developed, however, and she lacks a distinct voice. I expect she doesn’t worry too much about it. She probably thinks that the story-line is the most important thing. I hate the thought of having to say something to her about it. I don’t know what, how or why. It’s a nuisance. But I will ask her some questions and get a better look at her.

This bedroom has a nook with a small skylight. The nook is curtained off by a linen screen, embroidered with probably Slovak patterns. It is where Madla has her bed and she is already asleep. On the table she left a letter she wrote this afternoon to the schoolmistress.

“I’ve just started a fortnight’s holiday. We’ve shifted to Dobřichovice, because the cherries, currants and raspberries are now ripe. (…) There was excitement all round last week. Martin wrote to us that they’re expecting a baby, and it’s due in January. So they’re getting married in July, and at the end of July or the beginning of August Isabelle will come on a visit. So we all started to rejoice straight away. Friday evening L. and I went to the post office to phone them, so as to talk to Isabelle as soon as possible. But Martin informed us that she was in hospital, that she had a miscarriage. His voice was odd. His intonation was like an actor parodying an American. For the first time he sounded like a complete stranger to my ears.

“Jan has finished his exams. They’re bound not to accept him, yet again. You can tell from such details as the fact that the moment he arrived they told him his application had been mislaid, and he would have to obtain a duplicate reference, which is an awful nuisance. (…) Ludvík is furious and says it might be an idea for Jan to go and study abroad. But he’s probably just saying that. I can’t imagine where we’d be without Jan. He’s such a pillar of the family.

“I retire six months from today.”

It’s true I said Jan should go and study abroad, but I don’t really give it that much thought. What I do think about is how best to exact revenge when worst comes to the worst, as we expect it to. 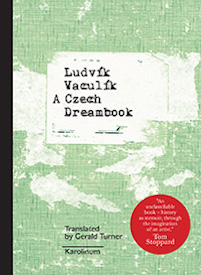 Ludvík Vaculík (1926–2015) was a leading figure of Czech dissident literature of the 1970s and 80s. He began his writing career as a journalist and a member of the Communist party, of which he grew disillusioned. Banned from writing, Vaculík turned to writing samizdat and publishing the work of other banned writers.

A Reading Series for People to Share Their Grief 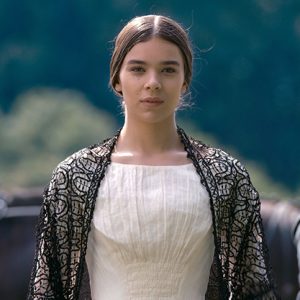 The guys return to discussing the big screen (or small screen) adaptations that are So Hot Right Now! They discuss Cats,...
© LitHub
Back to top
Loading Comments...