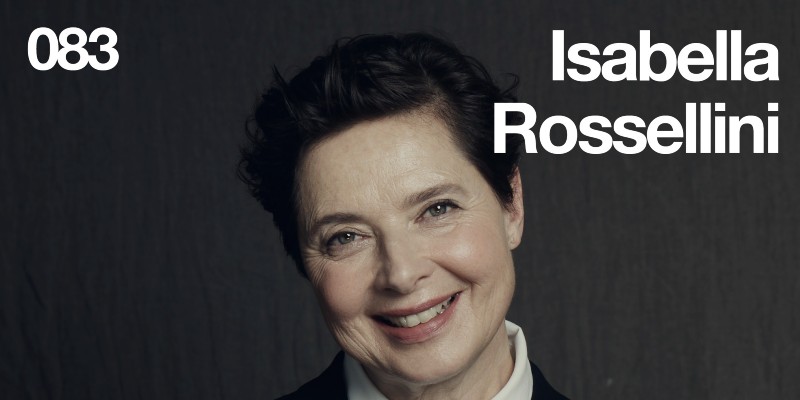 Today on episode 83 of The Quarantine Tapes, Paul Holdengräber and Isabella Rossellini discuss chickens, film, and Darwin. Isabella tells Paul about spending these past few months at home at her farm in Long Island since quarantine forced her to take a break from her usual nomadic lifestyle.

Isabella Rossellini grew up in Paris and Rome. When she was 19, she moved to New York City, working as a translator and journalist for RAI-Italian Television. She began a modeling career at the relatively advanced age of 28, appearing on numerous covers of magazines such as Vogue, Elle, Harper’s Bazaar, and Vanity Fair. Ms. Rossellini made her cinematic debut as an actress in 1979 in the Taviani brothers’ film Il Prato (The Meadow) and has appeared in numerous other films, including the American features Blue Velvet, White Nights, Rodger Dodger, Cousins, Death Becomes Her, Fearless, Big Night, and, more recently, in Joy. She worked with many different directors, including Saverio Costanzo, Robert Zemeckis, David O. Russell, David Lynch, Robert Wilson, Taylor Hackford, Marjane Satrapi, and Guy Maddin. Isabella also runs an organic farm in Brookhaven in association with the Peconic Land Trust. Her book about raising heritage chickens entitled My Chickens and I is published in the USA by Abrams Books. 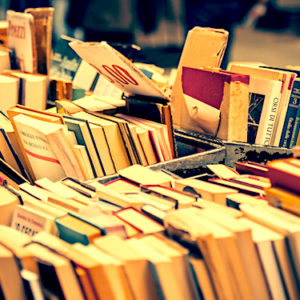 Four years ago, in July of the 2016 presidential election season, I gave my notice at a major independent bookstore where...
© LitHub
Back to top