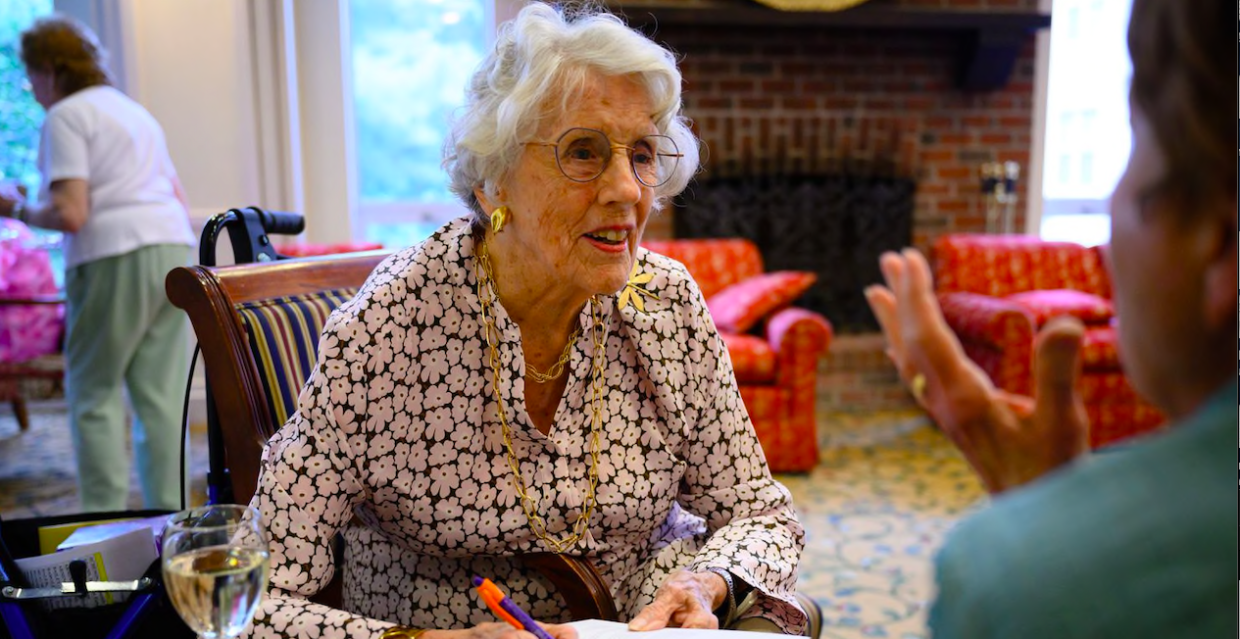 Is this the oldest debut author in history?

Sarah Yerkes didn’t begin writing until she was in her 90s, but last month, at the age of 101, she released her first collection of poems, Days of Blue and Flame.

A graduate of Harvard University’s Graduate School of Design and a 74-year resident of Washington D.C., Yerkes had decades-long careers in both landscape architecture and sculpture before Henry Morgenthau III—a friend from Ingleside retirement community where she now resides (as well as a fellow centenarian poet)—encouraged her to join him at a monthly workshop, wherein she discovered her poetic voice.

“I really feel like the good fairies were standing over my cradle, giving me the oomph to create,” Yerkes remarked to Tara Bahrampour of the Washington Post.

With the publication of Days of Blue and Flame, Yerkes must surely enter the record books as the oldest debut author in history.

Congratulations to this true Renaissance woman on the auspicious beginning of yet another creative career.