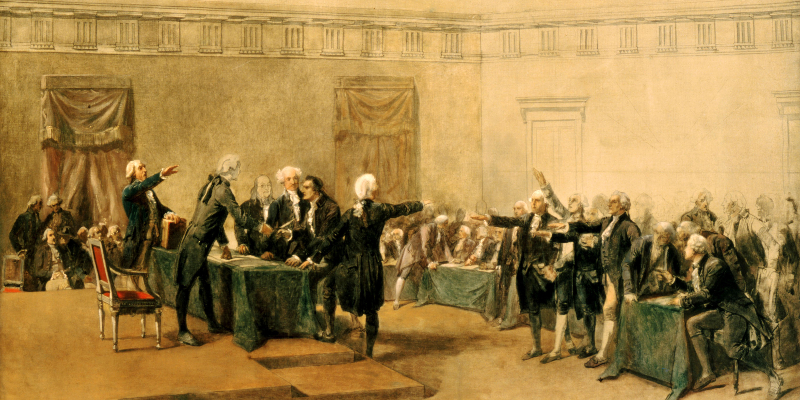 Is There Still Value to the American Experiment?

On today’s episode, David French, author of Divided We Fall, discusses whether the upcoming election will truly result in the breakup of America.

Andrew Keen: You begin your book with a quote from Rawls: “How is it possible for there to exist over time a just and stable society of free and equal citizens who remain profoundly divided by reasonable religious, philosophical, and moral doctrines?” But isn’t it more than that? Hasn’t America already essentially broken up?

Your Tennessee, my Berkeley—these are different worlds, and maybe it’s in everyone’s interest, particularly conservatives, for America to fragment. The word “Balkanize” perhaps is a euphemism. Perhaps it’s not an insult. Perhaps America would be a richer, more diverse, more creative place if indeed it did fragment. What’s so bad, particularly from a conservative point of view, of the breakup of America?

David French: It depends on in what sense do we mean fragment. One of the things that I talk about in the book is that right now, about 80 percent of Americans live in states where one party or the other is an absolute control of the state. In other words, there’s that one-party control, so the Governor’s Mansion and both houses of the state legislature. But their ability to enact policies that reflect these political values of the community is limited by an increasingly large, increasingly powerful federal government. And so, I do call for greater autonomy. I do not call for breakup. And there’s a couple of reasons why I do not call for breakup.

One is, I think the fundamental social compact that is the aspirational ideal of the United States of America is one of the greatest political, cultural, moral developments in world history. This notion, the ideal of the Declaration of Independence operationalized first in the Bill of Rights, then in the Civil War Amendments, is an incredible statement of positive moral values in political society. The idea that we’re created equal, that we’re endowed by our creator with certain inalienable rights, and then the Bill of Rights operationalizing that mission statement, I think that’s something that’s of immense historical value, immense value presently, and immense value in the future.

If we break up, there is no guarantee that all of these different polities that would emerge would even aspire to those kinds of values. In fact, they may, in the tension and the heat of disillusion, contradict those values, maybe even intentionally contradict those values. I think these American values are of immense worth all on their own.

And then the other thing is, a lot of people who take this really insular kind of view—it’s fashionable, especially in parts of the right now, to take a very America-centered view of the world and to say, just let the world take care of itself without the influence of American economic and military power, which has led to an awful lot of stability and great power relationships since 1945. And I say, be careful what you wish for, because a world that is left to its own devices is a world that is probably pretty quickly going to fall into great power conflict again. The old pathologies will reemerge, in ways that will not just harm the world but will harm us as well.

I’m a person who strongly believes in the positive influence of the American republic on world affairs broadly. You remove that and A, you may not have a government or series of governments that reflect the values we take for granted in a constitutional republic, and B, the world that emerges may not be a world that we would prefer to live in.

Andrew Keen: Does American nationalism need a reinvention? Are the culture wars today—which you find yourself in the middle of, quite literally sometimes—are they an attempt to redefine what it means to be an American in a multicultural 21st century?

David French: What I find is interesting is that if we remove ourselves from politics of Republican versus Democrat for a moment, there still does exist a pretty broad consensus idea of what America is, what it means to be American. It’s centered around not necessarily a common religious faith that some people would want it to be centered around, or even a particular common ideology. But some basic common American ideals, commitments to free speech, religious freedom, due process, these basic constitutional ideals that I say in the book are the absolute foundation of the American social compact. And there’s a lot of consensus around that, if you can strip people of the partisan back and forth and the partisan animosity.

I think the fundamental building blocks are still there. We still have a lot of consensus on the fundamental idea of America. But what we’re having is it is getting clouded and muddied and confused by the overlay of partisan animosity and the overlay of the rise of illiberalism, both on the right, as we’ve seen during the Trump era, and on the left. This illiberal movement, I think it’s something that contradicts these core founding ideals. I talk about in the book, how I found myself in the middle of debates on the right that I never thought I’d be in my entire career, over the virtue of the American founding itself. The virtue of the Bill of Rights itself is under attack from quarters of the right, for example. And that is something that really is questioning the value of the American experiment. And that is something that I think is a movement that requires a determined opposition.

David French is a senior editor of The Dispatch, a columnist at Time, a former senior writer at National Review, an Iraq War veteran, and the co-author of several books, including Rise of ISIS: A Threat We Can’t Ignore, a New York Times bestseller. He lives in Tennessee. 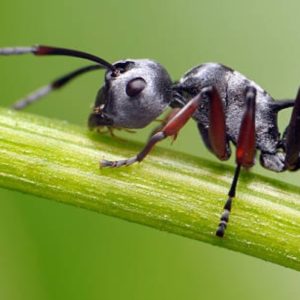 The anvil of my ear believes We have ordered insect. I project hormiga in Texas, Large bloated delectable Without...
© LitHub
Back to top