And Other Literary Film and TV News From This Week

This week in literary film and television news, there was a lot of exciting, nerdy, and star-encrusted movement, much like a Saturday night at your local laser tag. Is laser tag still a thing? Who knows! At any rate, this week brought us news of new adaptations of graphic novels Watchmen, and The End of the Fucking World, as well as non-graphic geek touchstones Dracula, and (swoon!) The House With A Clock In Its Walls. We also heard news about season two of The Handmaid’s Tale, Mary Queen of Scots and Sofia Coppola’s jettisoned adaptation of The Little Mermaid, and watched two very different literary trailers (though both involve war). Yes, one is the new Game of Thrones trailer. I’d never deprive you of that. Plus, who will snag the rights to this newly-discovered Mark Twain story, and who will win a new contest for writers dreaming of film adaptations? It could be you, reader. Just take off that body pack, put down your laser gun, and check out the news.

OoooOOooo. Damon Lindelof (The Leftovers) is in talks with HBO to adapt Alan Moore’s classic graphic novel Watchmen as a series. HBO has tried this before (to no avail), but according to Variety, this would be an entirely new effort (also unrelated to the 2009 Warner Bros. film adaptation).

Alexis Bledel has has been elevated to a season regular for the second season of Hulu’s The Handmaid’s Tale, which is (in my book) good tidings for the continuation of the Margaret Atwood classic.

Apparently, we’ve just missed out on a Sofia Coppola-directed adaptation of The Little Mermaid. The original (and very dark) version by Hans Christian Andersen, not the Disney version, of course. But she couldn’t agree with Universal “on some elements,” including maybe some very ambitious ideas: “I wanted to shoot it really underwater, which would have been a nightmare,” she said. “But underwater photography is so beautiful. We even did some tests. It was not very realistic, that approach. But it was interesting to think about.” Rebecca Thomas signed on to direct after Coppola left the project.

Mary Queen of Scots is so hot right now. Casting is in process for Working Title and Focus Features’s film about Mary Stuart, with Saoirse Ronan in the title role, based on the 2004 biography by John Guy. Margot Robbie will play Queen Elizabeth I, Jack Lowden will be first-cousin and second-husband Lord Darnley, and Martin Compston gets the fabulous title of the Earl of Bothwell.

Some casting news: Wunmi Mosaku will star (with Alex Lawther and Jessica Barden) in the forthcoming adaptation of Charles Forsman’s graphic novel The End of the Fucking World. Channel 4’s Roberto Troni said of the project: “If David Lynch made a rom-com road movie about a pair of teen misfits in British suburbia it might look something like The End of the Fucking World.” So, sign me up.

Focus Features has picked up the distribution rights to the Joel Edgerton adaptation of Garrard Conley’s Boy Erased: A Memoir of Identity, Faith, and Family.

The Hollywood Reporter would like you to know that the screen rights to a newly-discovered fairy tale by Mark Twain are up for grabs. Wallets at the ready, all.

Am I the only one who was obsessed with John Bellairs as a child? Clearly not, because his 1973 Edward Gorey-illustrated novel, The House With A Clock In Its Walls, is being adapted by Amblin Entertainment and Mythology Entertainment, with Eli Roth to direct and Jack Black to star. I await the results with tempered excitement—I fear Black will make it unbearably goofy.

Michael De Luca, producer of several big-budget literary adaptations like 50 Shades of Grey and Moneyball, has joined up with this year’s Launch Pad Competition, which lets writers submit literary manuscripts directly to film producers. De Luca has committed to optioning the work of at least one winner, so get those submissions in.

Don Winslow’s just-released corrupt-cop novel The Force—which Stephen King described as “The Godfather, only with cops”—is heading for the big screen, and likely the big time, too. Pulitzer prize-winning playwright David Mamet (Glengarry Glen Ross) is in talks with 20th Century Fox to adapt the novel, and James Mangold is set to direct with Ridley Scott, Shane Salerno and Kevin Walsh producing.

SNL kingpin Lorne Michaels has teamed up with Paramount to adapt Steve Silberman’s Samuel Johnson Prize-winning book Neurotribes: The Legacy of Autism and How to Think Smarter About People Who Think Differently as a feature film. Matt Rager, who has collaborated with James Franco on many a literary adaptation (so: ugh) is writing the script.

Paul Feig (Bridesmaids) has signed on to direct Lionsgate’s adaptation of Darcey Bell’s A Simple Favor, a psychological thriller about a “mommy blogger” whose best friend vanishes, leaving behind a magical life and a very suspicious husband. Anna Kendrick and Blake Lively are “in talks to star.”

A film adaptation of The Day the Crayons Quit, a colorful picture book by Drew Daywalt, is in the works at Sony Pictures. Daywalt and illustrator Oliver Jeffers are on the docket as executive producers, so even though I have no idea how crayons will work as characters in a feature film, everything might just turn out all right in the end.

Not news, but relevant to our purposes here: a video essay arguing clemency for directors taking liberties with adaptations of favorite novels.

Now, in the further cannibalization of literary techniques by television: this week Netflix released its first choose-your-own-adventure children’s television show, Puss in Book: Trapped in an Epic Tale. The show allows viewers to make a number of choices, directing the character through the story (or rewinding and choosing over). It’s unlikely that this kids’ show has as many bloody endings as the choose-your-own-adventure novels I remember from my youth, but maybe the next production.

The writers and producers of the BBC’s Sherlock will bring to life yet another broody and cold literary hero: Dracula. Mark Gatiss and Steven Moffat are currently writing a television adaptation of Bram Stoker’s seminal 1897 vampire novel. Like Sherlock Homes, Dracula is a figure who has been portrayed countless (ha ha!) times in various forms of media; let’s hope that Gatiss & Moffat do as great a job with the ur-vamp as they did with the ur-detective.

Simon Beaufoy—who wrote Slumdog Millionaire, 127 Hours, and The Full Monty, among other fine films—is adapting Michael Ondaatje’s 1987 novel In The Skin of A Lion for the big screen. The novel portrays the lives of immigrants who worked to build Toronto in the early 1900s, but who were kept at the sidelines of society and mostly written out of history.

Below, watch the trailer for Jason Hall’s adaptation of David Finkel’s Pulitzer Prize-winning Thank You For Your Service:

And because I just can’t not, the new Game of Thrones trailer, which was oh-so-cleverly released on the first day of summer: 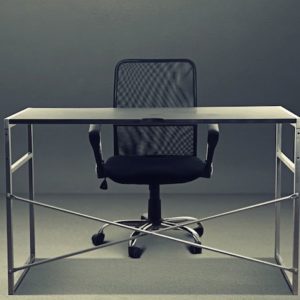 After 30 years as editor and publisher, I found myself on the other side of my professional process—as writer this time—and...
© LitHub
Back to top