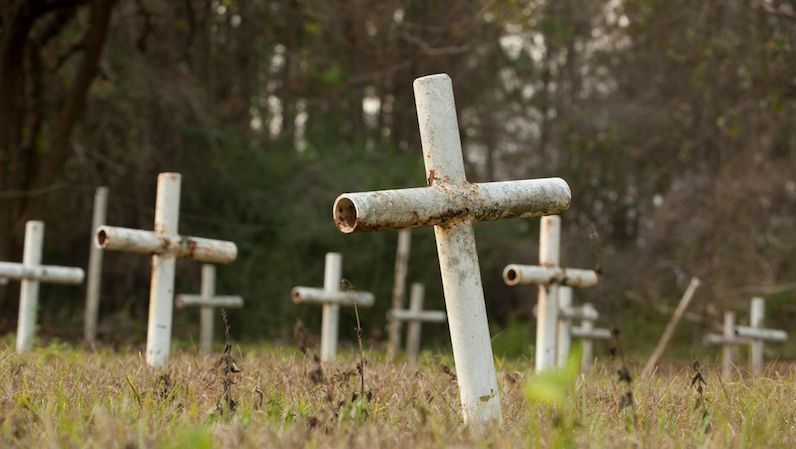 Is The Nickel Boys too hard to read? Pair it with lemonade and summery treats.

I don’t know if you’ve heard, but Colson Whitehead’s new book, The Nickel Boys, came out yesterday. Inspired by the horrific true story of the Arthur G. Dozier School for Boys, an institution in Florida that was once the largest juvenile reform school in the US, The Nickel Boys follows two young African-American boys, Elwood and Turner, during the Jim Crow era in Tallahassee. After finding himself in the wrong place, at the wrong time, Elwood is detained by a white cop and sentenced to the hellish Nickel Academy, which boasts of turning delinquent boys into men.

Do you want a sense of what happened at the real school, which closed permanently only in 2011? Well, as recently as this April, more than two dozen unmarked graves were discovered on the old property as a subcontractor was cleaning pollution at the site. Boys had been beaten, raped, neglected, and subject to all manner of lawless torture.

But just as I was starting to think I couldn’t stomach any more of Whitehead’s book—I’m about a fourth of the way through—the Today Show ran a segment assuring me that everything is, in fact, okay.

Food and lifestyle expert Alejandra Ramos appeared alongside Isaac Fitzgerald on the morning talk show to pair foods with some of the summer’s most-talked about books. Perfect book club fare.

I had been looking for the word to describe Whitehead’s prose, and was pleased that Fitzgerald found the perfect one, calling it “eloquent.”

“So how do you pair food with that era of Florida?” asked co-host Carson Daly.

It’s actually a pretty easy question to answer, and Ramos was up to the task:

So this was a tricky one for me because obviously it is a painful story, it’s a difficult story. But I think that even, just like in real life, even in our most painful moments, food can be that moment of joy. And there are little bits of that here and there in the book. Like, you know, they’re working in the hot sun and the woman brings them a glass of cold lemonade. And it does take place in the South, in the ’60s, so I went for a little bit of a Southern, summer kind of picnic grind.

Yes, I know exactly that kind of grind she’s talking about. In addition to an ice-cold drink, which I’m sure Elwood would’ve really appreciated while he was being flogged on a bed, his cries masked by the drone of an industrial fan, the wildflowers in the lemonade give the display “that fun, summery feel.”

Ramos also showed viewers chicken salad sandwiches wrapped in parchment, “kind of like you brought them out in your picnic basket,” potato salad, peaches & cream shortcakes, and penny candy (“Here’s a fun thing I wanted to add!”).

“I love these times when you can bring these little moments to life,” Ramos said. I did my best to keep this in mind as I was thinking about the book, that for all the pain and trauma these black boys go through, we also have sweet and delicious things. The Nickel Academy isn’t real, the Arthur G. Dozier School is closed, but there are so many places open nearby where I can buy candy.

To cap it off, Ramos had a slip of the tongue and said “watermelon” when what she really meant was the whipped cream topping on the shortcakes.