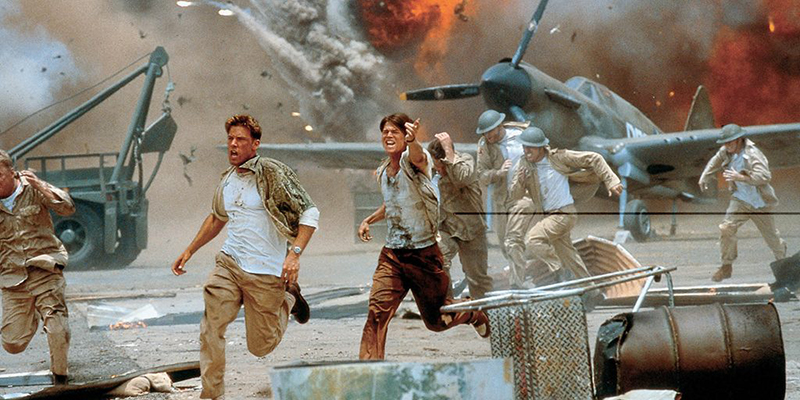 Mychal Denzel Smith: Maybe it’s because we are people who are already critical of the apparatus, but I’m curious how effective this is as a piece of propaganda when you have so much surrounding all of that, all of what we’re supposed to take away of this nobility of service in the U.S. military and being a protector of that. How effective is all of that propagandizing when everything else around it just feels so wooden?

Joseph Han: Yeah, and I think the main thing is that any evocation of Pearl Harbor is … contrary to our understanding of the attack on Pearl Harbor. It totally eludes the history of what Pearl Harbor was prior to the U.S. overthrow of the Hawaiian Kingdom in 1893, and how the U.S. Navy backed that overthrow and pointed their guns toward the Queen and colluded with sugar barons in order to stake a claim to Hawaii for their strategic military purposes. There is a moment where Danny is flying around the land and he says that the Hawaiians called this harbor Wai Momi because it was a harbor of pearls. That is the only reference we get toward what Pearl Harbor was prior to it being a military base.

And actually, in 1872, it was Major General John Schofield who came to Hawaii disguised as a tourist, to do a secret military survey of the islands. And he went up, I believe, to where Captain Smith is, which is up to where you can see a whole view of the harbor. That’s where he saw the potential for the U.S. naval operation … And that’s when he decided that this is the key to the Central Pacific.

This is the gem of these islands, and the pool was once a very abundant place. It has many bays. It was a place where there were many pearl oysters, fish, and shellfish. It was a big agricultural and aquaculture resource for Hawaii. And it had maybe up to 30 fishponds in the area and was basically this large food basket for the island of Oahu. And all of that got replaced by the military. They totally repurposed what once was a generative and abundant place to be a site for war making and preparing for war. All of that history is erased effectively by creating this association with Pearl Harbor and with American Redemption.

Joseph Han was born in Korea and raised in Hawaiʻi. He is an editor for the West region of Joyland magazine, and a recipient of a Kundiman Fellowship in Fiction. His writing has appeared in Nat.Brut, Catapult, Pleiades Magazine, Platypus Press Shorts, and McSweeney’s Internet Tendency. He received a PhD in English and Creative Writing at the University of Hawaiʻi at Mānoa. He is currently living in Honolulu. 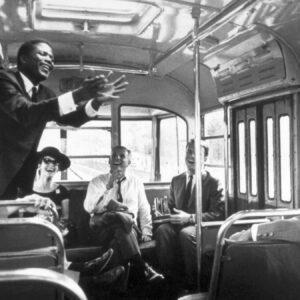 The Cold War and the contest of ideas with the Soviet Union were high on USIA’s agenda as I made plans to lead the American...
© LitHub
Back to top