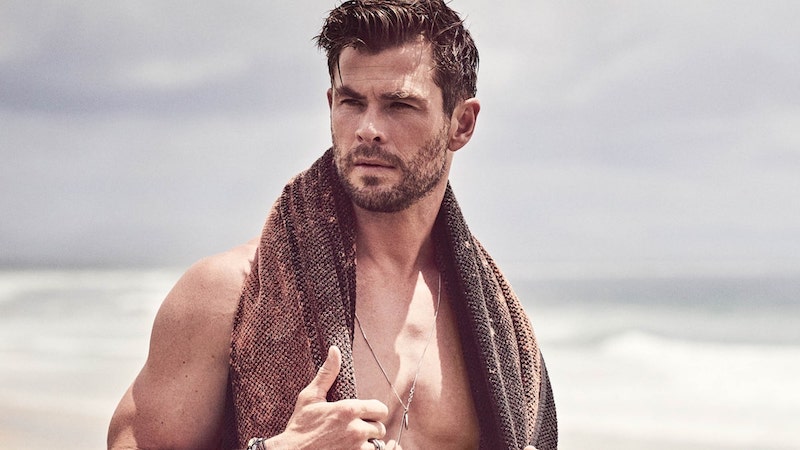 Is Chris Hemsworth simply too hot to play a George Saunders hero?

Over the weekend, Deadline reported that Chris Hemsworth, Miles Teller and Jurnee Smollett have been cast in Spiderhead, Netflix’s adaptation of George Saunders’ short story “Escape from Spiderhead,” which first appeared in The New Yorker in 2010, and later in his celebrated 2013 collection Tenth of December.

I’m very interested in what this adaptation will be like—the story is set in an experimental facility whose subjects, all convicts serving out sentences, are administered different emotion- and sensation-altering drugs via the MobiPaks™ that are surgically attached to their lower backs. It ends fairly disastrously and will take some expansion to fill up a feature length film—but I have high hopes, especially considering the fact that the screenplay will be written by Rhett Reese and Paul Wernick, the guys behind Deadpool and Zombieland, which feels tonally correct for an adaptation of a Saunders story.

And then there’s that cast, which obviously looks great. But assuming the biggest name on the roster will have the main role, I do have one quibble, and it’s this: isn’t Hemsworth kind of . . . too hot to be a George Saunders Hero? I mean, he’s Thor.

Jeff, the narrator of “Escape from Spiderhead,” is a pretty standard George Saunders Hero, these typically being flimsy dorks who flail around self-doubting for a while but eventually save the day by being kind and/or aggressively human, and who think things like this: “I was feeling so sad. Why sad? Was I not a dude? Had I not just fucked two different girls, for a total of six times, in one day? Still, honestly, I felt sadder than sad. I guess I was sad that love was not real? Or not all that real, anyway? I guess I was sad that love could feel so real and the next minute be gone.” Or “And they left, neither knowing how close they had come to getting Darkenfloxxed™ out their wing-wangs.”

That said, Jeff also once beat a younger guy to death with a brick, which is why he’s in the facility to begin with, so maybe it does work after all.

All I really ask is that we get a glimpse of Rogan, a man with a tattoo on his neck of a rat that had just been knifed and is crying while simultaneously knifing another rat. It’s just something I want to see.