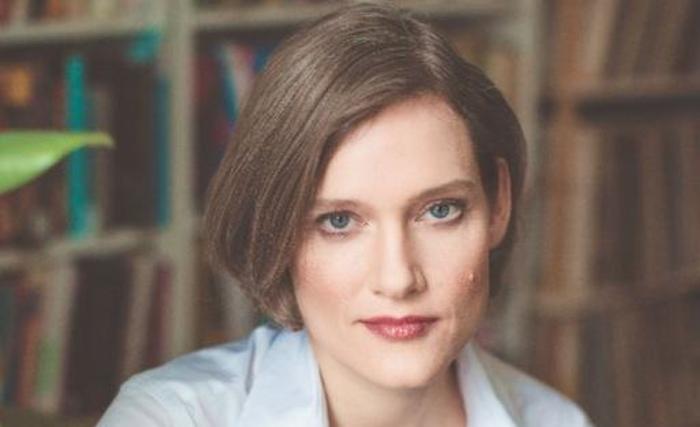 “I love that Justin Trudeau has a literature degree,” says Heather O’Neill. “We need a literary imagination to run the country.” I’m talking to O’Neill because she’s just published her first short-story collection, the fabulously strange Daydreams of Angels. The Canadian writer’s first novel, Lullabies for Little Criminals, was a great international success when it was released in 2006, winning the annual Canada Reads contest and being shortlisted for the Governor General’s Award and the UK’s Orange Prize for Fiction. The Girl Who Was Saturday Night was well reviewed last year and shortlisted for the Scotiabank Giller Prize, which O’Neill has also been nominated for this year. Daydreams of Angels, like her earlier work, is very much a product of Canada.

“I do think that there’s this new eccentricity and bravado coming out of Canada,” she tells me. “Look, I know a lot of people get a gag reflex when they hear that something is Canadian. It’s hard not to feel as though you’re at the loser table in the cafeteria, growing up next to the United States. But, as everybody knows, there are advantages to being at the loser table. Yes, on the outside it seems like a bunch of kids wearing toques* and pouring glue on their palms, eating their sandwiches in circular motions, and accidentally calling the lunch monitor mom. But, being a loser makes you, inevitably, march to the beat of your own drum, and develop a strange inner life, ripe with complex introspection.”

Thanks to its brilliant losers, Canada is having something a cultural moment. O’Neill shares the literary stage with, among others, Canada’s first Nobel laureate, Alice Munro, Margaret Atwood, and rising star Patrick deWitt. The films of Xavier Dolan (who directed Adele’s “Hello” video) and Sarah Polley have given Canadian cinema a new vitality. Prime minister, littérateur and amateur boxer Trudeau, I suggest, is the icing on the cake. “They’re all doing incredibly intelligent stuff that redefines tastes—because it’s unclassifiable,” says O’Neill. “There are a lot of weird and unique artists with literary sensibilities working in Canada today.”

Not least O’Neill herself. Daydreams of Angels has an extraordinary chimerical feel to it. The stories, while mostly unrelated, have an almost telepathic quality; leitmotifs, echoes and little repetitions lend strange affective qualities to the simplest, most naturalistic moments. Perhaps O’Neill’s days onstage as a student are what inspired the real-unreal dichotomy that runs throughout. Or perhaps the clue’s in the title. I ask her what she daydreams about. “It can be tiny memories. There used to be a giant old supermarket named Warshaw’s that I used to go shopping at with my dad. There were shelves of dishes and pots in the back. We would always hold up the soup bowls covered in blue flowers and decide if they were worth the price on the bottom. In the end, we usually decided not, since we already had soup bowls. For some reason, I daydream about being in that big supermarket with my dad.”

What is it with all the animals? I wonder. Tigers, wolves, performing bears…

“When I was little, I dreamed of animals more. We are preoccupied by animals when we are children. We draw them in the margins of our notebooks. We wear t-shirts with decals of them and they cover our pajamas. Perhaps when we’re little we come into the world with a primordial expectation that we’ll be engaging with all sorts of animals. We expect to be shaking hands with zebras and debating with orangutans. We wait for the animals, but they don’t come. Our parents take us to the zoo to see our friends, who have been imprisoned. I used to have a dream about a tiger coming through my window to eat me alive. It didn’t make any sense. I lived in an apartment on the third floor of a building. There was no fire escape, only a backdoor that led to a staircase. There was no way that Santa Claus or a tiger could get in without a warrant. And yet tigers seemed to belong to the ordinary world I lived in and could be hiding in a closet or underneath the bed.”

O’Neill’s previous book, The Girl Who Was Saturday Night, was inspired in part by Edwardian writers like Henry James and G.K. Chesterton, who gave her her title. The provenance of Daydreams seems more varied. A rich elixir of Freud, Nabokov and Angela Carter runs through its veins. “It’s really a Golden Treasury of literary inspirations that moved me,” she says. In one story, a pair of ascetic twins are shipwrecked on a cello case; the bottled messages they send back to civilization become best-sellers. In another, a boy raised by wolves appears on Oprah and pisses on a rubber tree plant. There are robots and wild animals, orphans and predators, Bartók and peeling wallpaper. “Freud’s case studies were a marvelous inspiration for some of my most eccentric characters,” says O’Neill; “the ones who had personalities that were worthy of scientific and philosophical uproar. His case study ‘The Wolfman” had a very obvious influence on one story.”

“Then Charles Simic’s book of prose poems, The World Doesn’t End, with its tropes of gypsies and old women and orphans and war, was a huge influence on the overriding aesthetic of this collection. H.G. Wells and Jules Verne and all that old-school science fiction that was written long before anyone had a microwave or an intercom. I loved the magic and scope of their imaginations. (My favorite ex-boyfriend used to have some illustrations from the book 20,000 Leagues Under the Sea framed on his wall.) There’s Edward Gorey and his tragic and wise children. I also share an interest in ballet and ballerinas with him: they tiptoe off into the moonlight and over rooftops in both our imaginations. Along with his children’s books about Madeline, I loved Ludwig Bemelmans’s memoirs of his raucous childhood working in hotels with deviant and wildly charismatic waiters. The way that Bemelmans as a child interacted with unruly adults is reflected in my stories.

“I was reading Simone de Beauvoir and Violette Leduc for their accounts of the Paris Occupations from the perspective of women and their radical strength of vision. Mavis Gallant and Elizabeth Bowen and Jean Rhys’s alienated girls were an inspiration for my melancholic chorus girl.

“Jean Genet for his accounts of being an orphan, a deviant, and full of light. And his play The Maids. I can’t even remember the first time I read Genet. It seems as though I read him first when I was five. Someone passed me a copy of Our Lady of the Flowers in the schoolyard, haha… And long ago when I was 19 and at McGill, I took a Greyhound bus to New Mexico to meet up with my boyfriend from school, who was down there visiting his father. I packed The Painted Bird and Lolita to read on the three-day journey. When I stepped off the bus in my polka-dot dress with my duffel bag in my hand, I was a completely changed person.”

Literature aside, O’Neill’s hometown of Montreal has also clearly had a huge influence in shaping her consciousness, and in turn the genetic makeup of her work. She was born there in 1973, and has lived there for much of her life. “Where to begin with Montreal?” she muses. “It’s the island that I grew up on. I still live here. It reminds me of childhood, so everything has a magical half-fairytale-like glow to me. Everything breaks my heart and makes me nostalgic, even the butcher shops, even the fire station, even the hospital. I feel that I have a particular authority to write about the island. In this book I change the laws of physics that govern it, in order to recreate the way that a child perceives it. Imagine if Newton had written his Principia when he was seven…

“For me, Montreal has become the fictional landscape—or the theatrical stage—on which all my stories are staged. You know how when you’re a child and you have your dollhouse or Fisher-Price castle and you use it to unfold all sorts of dramas—whether they’re domestic ones involving Barbie and Ken dolls, or fantastical debates between a unicorn and a troll. Montreal is that weathered and beloved dollhouse for me. The concerns and idiosyncrasies of Montreal end up affecting and informing all the stories, no matter how mythic.

“Sometimes the landscape around the city, especially in this collection, can border on the absurd and jarring—like when Soviet scientists conduct a cloning experiment north of Montreal in “Swan Lake For Beginners.” In that case it was almost as a Brechtian effect, to remind the reader that it’s just me, a lower-class kid, using the assorted images and tropes that I picked up at garage sales and flea markets and nailed together in order to create the loveliest flawed stage that I could.”

I congratulate O’Neill on her Scotiabank Giller Prize nomination for Daydreams, her second in two years, and wonder if she has time to keep abreast of her peers’ work. “I’ve read the whole list! There wasn’t one that I slogged through. Actually, I’m just finishing the last one right now. It’s a short story collection called Arvida, which is the name of the tiny mining town that the author, Samuel Archibald, grew up in. He’s made it into a place that’s almost supernatural. There are beautiful ghosts of girls standing on the side of the road.”

And when she’s not reading her (friendly) rivals? “I recently read Marilynne Robinson’s The Givenness of Things, Helen Castor’s Joan of Arc, and Eliza Robertson’s Wallflowers.”

The results of the Scotiabank Giller Prize will be announced on Tuesday, November 10. You can see Heather O’Neill at the House of SpeakEasy’s next show, on Wednesday, November 11, at New York City’s City Winery alongside Yusef Komunyakaa, Lisa Randall, Susanna Moore, and Annabelle Gurwitch. Tickets here. 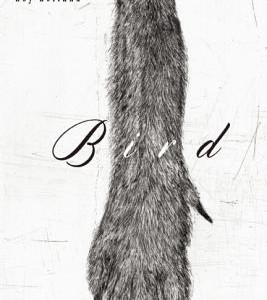 Bird hangs up and sits on the stairs still talking, wondering if it might be true. She might be dying, that is, or only making...
© LitHub
Back to top