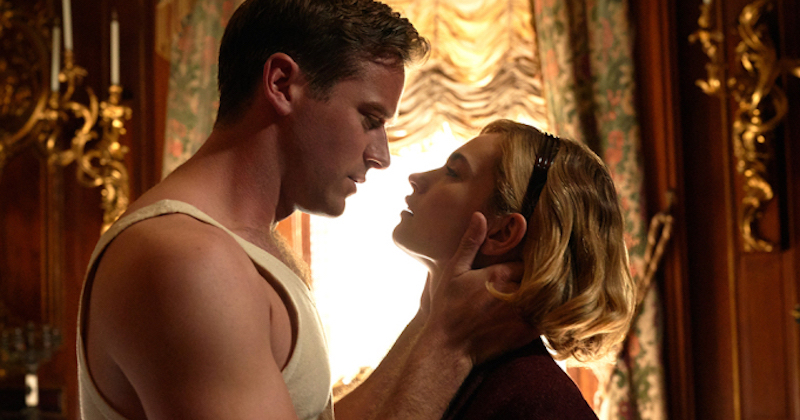 Is Armie Hammer too sensual to play Maxim de Winter?

Rebecca, perhaps the most famous Gothic novel of the last century, is the tale of an unnamed young woman who impulsively marries wealthy older widower Maxim de Winter, only to discover that he, his venomous housekeeper Mrs. Danvers, and his cavernous manse Manderley are all haunted by the memory of his late first wife.

The book has already been adapted several times for film (Hitchcock’s Oscar-winning 1940 version being the gold standard), television, radio, theater, and opera. One edition of the book was even used by the Germans in World War II as a code key.

So, does this 2020 Rebecca look worthwhile?

Well, if we can get past the fact that Armie seems too handsome, too warm, and honestly too sensual for the the icily enigmatic (and excruciatingly blue blood English) Maxim; and that there’s far too much laughter and sex happening in the opening French Rivera courtship; and that Mrs. Danvers’ malice is supposed to be drip-fed far more judiciously, this latest incarnation of Rebecca might be a worthy addition to the vast video library of du Maurier adaptations. But can we?

I will reserve judgement until the movie is released on October 21.