Sleepless thanks to jet lag, having just returned to New Orleans after a month in Paris last summer, I unthinkingly described myself in a late-night email to a friend as “morally exhausted.” I was surprised by what I had typed and so qualified my phrase with “if such a thing is possible.”

In mid-June as I prepared for my trip to Europe, 49 people had been killed and 53 wounded in an Orlando nightclub by a self-declared terrorist, followed the day after by the ISIS-inspired murder of a police officer and his partner in front of their three-year-old son not far from Paris.

Arriving in France, I was aware of the security fears surrounding the Euro 2016 soccer matches played in stadiums around the country. The relief that followed the tournament’s conclusion without incident yielded to horror four days later when an ISIS sympathizer drove a 19-ton truck into the crowd gathered on the Promenade des Anglais overlooking the beach at Nice, killing 85 people and leaving more than 400 injured. A frenzy of murders followed in Germany.

So my exhaustion upon returning home could have been the result of what neurologists term “directed attention fatigue” from spending a month in a foreign country constantly alert to possible terrorist violence. But that wasn’t what I meant when I wrote that I was “morally exhausted.” I think what I meant has to do with living in an age when nothing is forbidden, in a society in which one cannot take for granted any moral imperative.

The assault on commonly accepted moral principles is not limited to terrorists. When I returned to the US in August last year, I was shocked when a candidate for the presidency of the United States hinted that his supporters might assassinate his opponent as a means of keeping the Supreme Court in conservative hands and thus insure their right to bear arms. I foolishly assumed he would be repudiated by his supporters and his party for such a blatantly immoral suggestion. Instead, he was cheered.

That candidate’s campaign became, in fact, a sustained attack on settled moral values. Even the Republican Speaker of the House of Representatives described the candidate’s positions as “textbook” racism. However, Speaker Ryan immediately reaffirmed his endorsement of his party’s nominee, thus also endorsing the principle that racism is compatible with the presidency.

Similarly, the candidate’s self-confessed history of sexually assaulting women and his well-documented torrent of lies, laughingly dismissed by his partisans, left me last autumn with the realization that I must actually craft moral arguments against the murder of innocents, against racism, against sexual assaults, and against contempt for the truth. And the constant defense of moral principles, most often to myself but occasionally to others, is akin to directed attention fatigue—except that my attention is directed to unintended consequences when individuals seek to amplify their resentments and frustrations through bombs, assault weapons, or demagogues.

Morality is a boundary that slowly advances and quickly retreats. We are witnessing a period of moral erosion, in which the cult of unrestrained individualism refuses to subordinate itself to shared standards of morality. Whether the unrestrained individual is a terrorist or a President—or those that support such individuals—we must exhaust ourselves in continuing to assert that the innocent deserve protection and that racism, sexual exploitation of women, and contempt for the truth are wrong.

But that is my duty as a citizen. What is my obligation as a writer?

Unlike a lecture hall, the theater is not a place to recite opinions: it is a forum in which a community phrases its most pressing questions. Whether we are considering Antigone or King Lear or Mother Courage, we are examining powerfully phrased questions, not answers.

If we look to the Greek origins of Western theater, we find few assertions of moral certitude. Instead, we see Athenians struggling with a new social order, the state, that conflicts with the pre-existing social structure it seeks to subordinate, the family. That rivalry for preeminence between state and family is often embodied in men who demand that loyalty to society supersede the ancient bonds of the family, nearly always defended by women.

Sophocles, for example, may give the impression he thinks Antigone is the hero of the final play of his Theban trilogy, even using her name as its title, but critics continue to debate whether Creon, in fact, might be the protagonist.

The play counterposes young Antigone and her uncle Creon, the weary king of Thebes. Eteocles and Polynices, Antigone’s brothers, have each killed the other in a power struggle from which Creon emerges as king. Creon brands Polynices a traitor and refuses to allow his burial. Antigone, the fiancée of Creon’s son, defies the king’s edict and attempts to bury her brother, fulfilling her family obligation. Creon, trapped by his own obligations as king, condemns his niece to death for violating his state decree. In response, she commits suicide, and her death is followed in quick succession by the suicides of Creon’s son and his wife, who, cursing her husband, kills herself in grief over the loss of her son. Family has its bloody revenge, but the state survives.

For Jean Anouihl, staging his adaptation of the play in Nazi-occupied Paris in 1944, Antigone heroically resists the authority of Creon in insisting upon the burial of her brother. Rosamund Deutsch, in her 1946 article on “Anouilh’s Antigone” in The Classical Journal, notes that “Anouilh had in mind the German occupation of France when he wrote his Antigone.” She describes the French playwright’s heroine as an “ordinary determined woman who fights stubbornly and emotionally for freedom of action.”

However, Lewis Galantière’s program note for the 1946 production of the play by the National Theatre in Washington is equivocal: “The reader will have to take my word for it that only a citizen of a German-occupied country. . . would be able to come away from the play feeling that Antigone’s case was stronger than Creon’s.” Bernard Knox confirms that assertion when he reports in Historum that “At the first performance [in Paris in 1944], the play was greeted with applauds [sic] from both the French and Germans in the audience.” Clearly, even Anouilh’s patriotic adaptation of Antigone resulted in a question about contending moral responsibilities rather than in a conclusion the French playwright forced upon his audience.

My play, The Trouble with White People, uses race to examine the moral decisions that can shape the rest of our lives when we are unexpectedly tested by events. Such decisions, we may discover to our surprise, are sometimes dictated by loyalties of which we are unaware or, more likely, which we are unwilling to acknowledge. Because the play seeks to explore feelings usually submerged by conflicting emotions, it takes its audience down a very unpredictable path. In so doing, it arrives not at an explanation of the trouble with white people; instead, it concludes with a direct, though unvoiced, question.

But surely in such a partisan culture as ours, what I’m proposing may sound like nothing more than cautious neutrality. It is difficult for us even to imagine what it would be like not to choose sides. And as a member of a democracy, I subscribe to a system of government that demands I enter a voting booth and choose between alternatives. So as an American, I must make a choice. But as a writer, I have a different obligation.

When our political leaders use language not as a torch to illuminate our challenges but as a prod to stoke our fears and hatreds, we all have a duty as citizens to combat such debasement of civil discourse by exposing the contradictions between those leaders’ grandiose promises and the likely consequences of their implementation. But writers have a second responsibility: to strip away the rhetoric that shrouds in palatable justifications the underlying prejudices to which such leaders appeal and reveal what citizens are actually embracing when they support such politicians. The writer’s task, I believe, is neither to criticize nor to proselytize but to hold up a mirror in which audiences can see their own faces and judge themselves in the stark light literature casts upon our lives.

The following is excerpted from “Questions, Not Answers,” originally published in The Dramatist.

John Biguenet has published nine books and had six plays widely produced, most recently Broomstick, written entirely in rhyme. The winner of an O. Henry Award for short fiction and past president of the American Literary Translators Association, he teaches at Loyola University in New Orleans. “On Moral Exhaustion” is excerpted from his keynote address at Montana Repertory Theatre immediately preceding the first staging of his new play, The Trouble with White People. More info at http://www.biguenet.com.

If Your Book Presumes an Entirely White World, It's Not Universal

Why Does Literature Have So Little to Say About Illness? 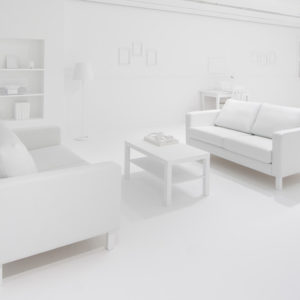 If Your Book Presumes an Entirely White World, It's Not Universal

Over the past handful of years, any number of essays have appeared decrying the overwhelming whiteness of publishing. Interviews...
© LitHub
Back to top