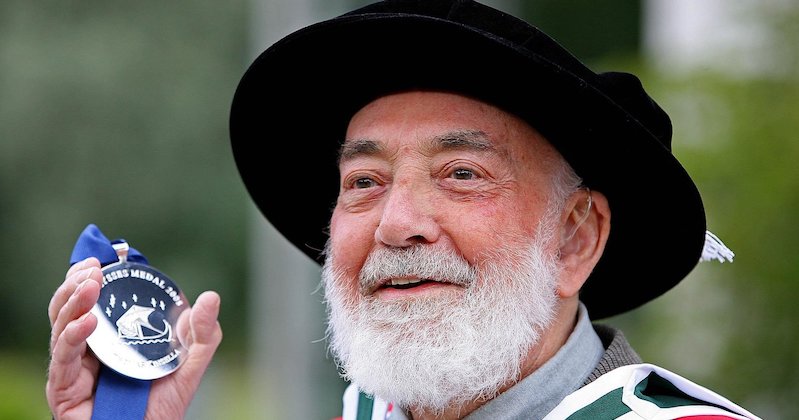 Thomas Kinsella, one of Ireland’s most revered poets and a translator of the country’s greatest epic saga, has died in his native Dublin at the age of 93.

Considered by many to be the most significant poet of a generation that emerged “from the long shadow of Yeats,” Kinsella wrote about the intimate lives of working class Dubliners, the changing face of the young Irish nation, abuses of political and bureaucratic power, and the role of myth and cultural heritage in Irish life. He also became the first living poet to be included in the Irish school curriculum and is credited with rescuing and revitalizing poetry from the Gaelic tradition.

Perhaps Kinsella’s most famous work is The Táin, a brilliant, visceral 1969 translation of the Táin Bó Cúailnge, an 8th century epic often referred to as “the Irish Iliad.” His most iconic poems include “Another September” (about a speaker plunged into the bizarre, disorientated and isolated world of his wife’s past), “Nightcrawler” (a meditation on the betrayal of the original patriotic ideals of the founders of the new Irish republic) and “The Butcher’s Dozen” (a bitingly satirical response to the Widgery report on the 1972 Bloody Sunday killings in Derry).

In reshaping and reinvigorating Irish poetry, and in a life dedicated to that purpose, he has never been afraid to challenge either himself or his readers. Kinsella stands with Joyce as one of the great innovators in modern Irish literature.

Kinsella, whose death comes just two months after passing of renowned Irish poets Brendan Kennelly and Máire Mhac an tSaoi, was pre-deceased by his wife Eleanor and is survived by his three children and grandchildren.