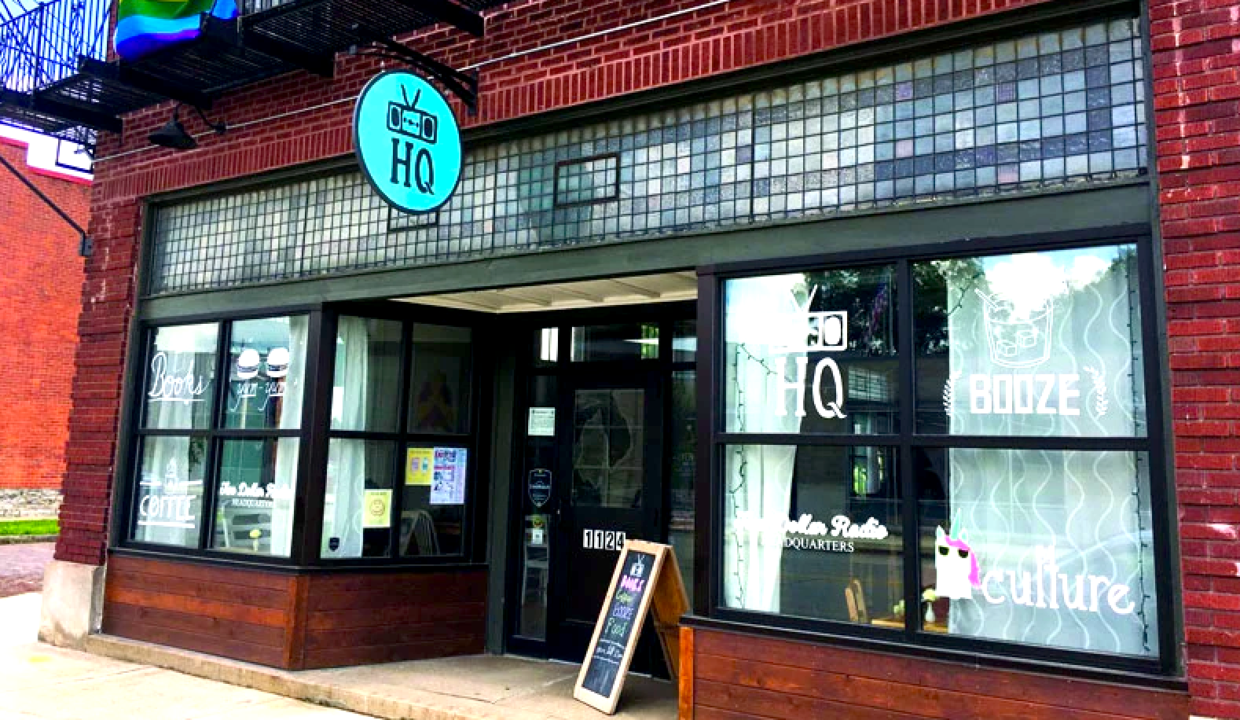 In a conversation with Columbus Alive last year, Columbus-based writer Hanif Abdurraqib offered an ultimatum for anyone who still thinks that an address in New York City is a prerequisite for producing relevant new literary work. “If folks want to really work with me in any capacity, they gotta work with me here,” he said. “I love Columbus not only because I work well here, but because a lot of people work well here, and I am moved to support them and collaborate with them and learn from them.”

Abdurraqib, a longtime champion of Columbus whose recent books A Little Devil in America and Go Ahead in the Rain have been met with widespread critical praise and national press, published his first essay collection in 2017 with Two Dollar Radio. According to Columbus Monthly, the book came about after Eric Obenauf, co-founder of Two Dollar Radio, read The Crown Ain’t Worth Much, his first full-length collection from Button Press, and asked him to work on a collection that they would publish.

Two Dollar Radio began in 2005 as the dream of Obenauf and Eliza Wood-Obenauf, who had recently moved to central Ohio to start their family in an area with a lower cost of living than the coasts. Today, they work out of an office they describe as an “indie bookstore, event space, bar, and vegan cafe” on the south side of Columbus, selling some of their favorite books alongside the new discoveries they publish through the press. The two of them answered our questions about the idealism it takes to start a press, creating a storefront, and what they’re reading.

What are some of the benefits to working at an independent press?
We started Two Dollar Radio 16 years ago and there are constantly moments when we’re taken aback that we’re in the position where we’re able to publish whatever we want and make a living doing it.

When we were just getting out of the gates, we got in touch with John Martin, who started Black Sparrow Press and famously paid Charles Bukowski $30 a month to pursue writing full-time. John wished us well and was generally encouraging, but also cautioned that he had $30,000 in the 1960s to start Black Sparrow, estimating that we’d need $300,000 around 2007. At the time, we were broke, had a one-year-old daughter, and were living out in the country in central Ohio; all we had was a line-of-credit the bank probably shouldn’t have given us. So just being able to work for ourselves on projects that we are genuinely passionate about, with authors who excite and inspire us, all feels incredibly fortunate and thrilling.

What are some of the challenges to working at an independent press?
While oftentimes our sales on certain titles might be competitive, or even in some cases higher, than a title from a corporate press, we aren’t able to compete with the advance royalty payments they’re able to fork out. Corporate presses have the leg room to pay an author all or most of their royalty earnings as an advance payment, whereas we pay a more modest advance and then continue to pay royalties to the author every six months, for years, spread out. It can be frustrating to feel super enthusiastic about a manuscript submission, and to spend time mentally imagining its path to fruition, only to lose out on the book because of a higher advance that a larger press can muster.

We started the press in our early twenties, full of energy, and also started our family then.

Another challenge for folks who might be starting their own press is building up a profitable backlist, which contributes to financial stability and longevity.

Were there any titles in particular that were game-changers for your business?
Every author that we have published has been vital to our press, and each book has pushed us, expanded us, made us stronger and more knowledgeable. 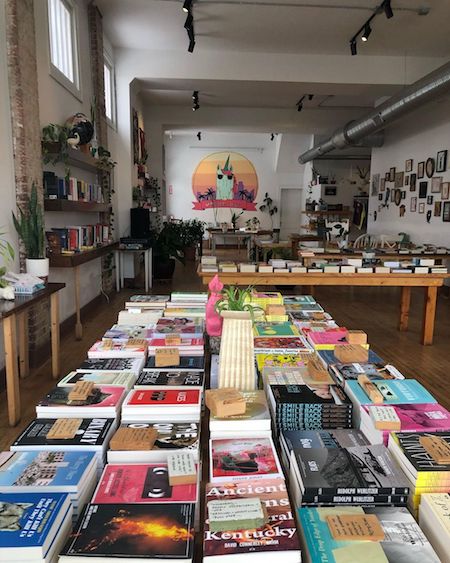 Interior of the bookstore Two Dollar Radio Headquarters in Columbus, Ohio, from where the publishers also run the press. Photo via Eric Obenauf and Eliza Wood-Obenauf

One of the first books we published, in 2008, which certainly helped us get on the publishing map and set the tone for the kind of work we hoped to publish, was The Drop Edge of Yonder, the first novel in a quarter-century from Rudolph Wurlitzer. We remain very close with Rudy, and have re-released three additional books of his over the years.

They Can’t Kill Us Until They Kill Us, by Hanif Abdurraqib, which we released in the fall of 2017—at the same time as we were taking a risk and opening up a brick-and-mortar indie bookstore here in Columbus, Ohio, where Hanif also lives—was certainly a game-changer for us. That book, and Hanif, always had a special spark, but it became a cultural phenomenon, showing up in music videos and on the ACT test.

What are some of the biggest risks you’ve taken as a business? How did you navigate them?
I mean, starting a publishing company at a time when everyone was proclaiming the “death of print,” during the Great Recession, was probably the biggest risk we’ll ever take. Second to that would be opening up a fully vegan café-bookstore that only sells independently published titles. We started the press in our early twenties, full of energy, and also started our family then. We moved to central Ohio to be close to a strong support system for our kids, and where the cost of living was lower than New York City and San Diego, where we had been. For over a decade we both worked full-time jobs in addition to running the press, and never considered giving up. We are really stubborn and idealistic.

How do you get feedback from your readers?
One of the reasons we wanted to open a storefront was to feel more engaged with the community and to contribute to the conversations happening around literature, culture, and our books in general. That’s one way. Another is through social media. I remember Josh Mohr saying years ago that folks don’t recommend books they think are average or just pretty good to friends; they only recommend great books. So when we’re able to see readers sharing books on social media, tagging friends and saying “you have to read this,” that’s when it feels like we’ve made something magical happen. 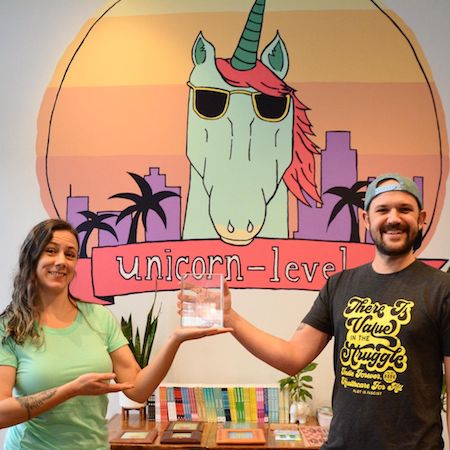 How do debut authors reach/pitch you?
We work with a lot of debut authors. We accept unsolicited submissions, because we feel as though a lot of the work that we are drawn to is edgy, and might potentially be envisioned as less salable by literary agents. In any given year, 40 to 60 percent of our publications come to us through unsolicited submissions, via Submittable.

What’s another indie press you love and would recommend?
We opened our storefront three and a half years ago in Columbus (Two Dollar Radio Headquarters). It’s a lot of fun to order titles to stock in the store, and it’s still a thrill to be able to wander around on a daily basis and paw books. I’m constantly in awe of the output from so many publishers who we consider friends and allies, so it’d probably be easier to spotlight a couple titles that we’ve recently really enjoyed and are excited to sell at the shop. Those being Rabbit Island by Elvirra Navarro (translated by Christina MacSweeney) from Two Lines Press, and Eladatl by Sesshu Foster and Arturo Romo from City Lights. I also really admire the look and feel of everything that Hoxton Mini Press puts out. A couple of presses that are just starting out, that we’re excited to see what they get into, are Expat Press, Harpoon Books, and Purpled Palm Press. 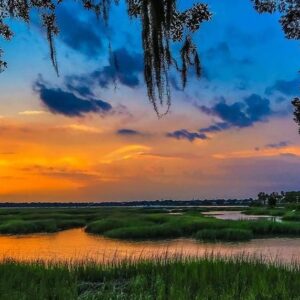