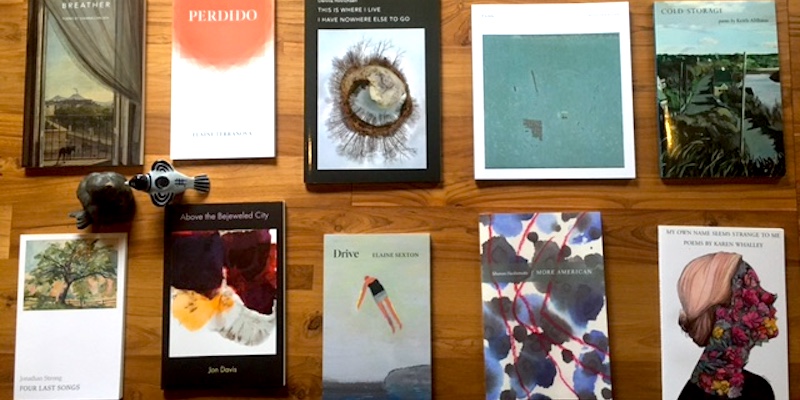 On Focusing on Poets with “Decades of Lived Experience”

Elizabeth Murphy, editor and publisher of Grid Books—an independent press created in 2003 “to provide a forum for older poets who are sometimes overlooked by the current marketplace”—talks about their projects and latest book release: a collection of poems, DRIVE, by Elaine Sexton.

By far, the greatest benefit of working at an independent press is the ability to develop close relationships with the authors and artists we publish. The author-editor relationship—and collaboration generally, among authors, artists, and editors—is an important part of our project. Our collaboration with authors does not end when a book publishes. We often consult with front- and back-list authors on matters relevant to the growth and direction of the press. Some have introduced us to new authors we’ve gone on to publish. They bring us new work of their own, as well as ideas for new formats to consider and experiment with. Our first audiobook was produced in response to a request from poet Elaine Terranova, who noted the value of audio to extend accessibility and engagement with a genre that’s often limited to live reading events. We took her idea and ran with it! Elaine’s Perdido was our first audio project—our fourth audiobook releases later this year.

Although we are most certainly a small independent press, we’re also in a period of growth. So, one big challenge we face is that each individual role within the press must absorb a growing number of responsibilities. As executive editor, in addition to acquiring titles and working with authors, I coordinate with designers, printers, our distributor, publicists. I write press releases and grant proposals. I do website updates and email campaigns. And depending on the project I often act as copyeditor and proofreader. All of this is fun and exciting work that helps get books out into the world. But I’d be lying if I said I wasn’t on occasion (tax season!) overwhelmed.

We began in 2003 as Off the Grid Press, a collaboration between poet and activist Henry Braun, then living off the grid in Maine, and Somerville poets Tam Lin Neville and Bert Stern. Over the years, we’ve established a reputation for publishing writers whose work is often sidelined by mainstream publishing, with a special focus on older poets. In 2015 we re-launched as Grid Books, expanding our mission to publish quality work by writers and artists at all stages in their careers. We often describe our program as paying attention to creative work that “springs from the margins,” whether those margins have been dictated by history, market forces, social trends, or issues of access.

Even more recently we’ve begun to focus on projects generated through intergenerational exchange, such as those encompassing oral history or resulting from student-mentor relationships. Our new fine art series is a great example of this. In 2021 we published Fields, our first fine art monograph showcasing a series of paintings and drawings by Riley Brewster. The book was curated and introduced by another painter and former student of Brewster’s. We are looking forward to building on a series that honors creative relationships that span generations.

In a few short weeks we’ll be celebrating the publication of DRIVE, both in print and audio, by poet and critic Elaine Sexton—just in time for National Poetry Month! What I appreciate most about this collection is its smart and unapologetic engagement with metaphor. The poems celebrate the agency achieved in motion, challenging what it is to be confined by geography, psychology, or circumstance. This collection is as much about driving as it is about writing and ambition, and one’s relationship to the work that both require. Just under the surface of these poems is a quieter theme of process, as if the meaning of “drive” doesn’t stop at ambition but extends to journeying and exploring, and inevitably to instances of stopping and restarting. As a writer—and albeit not much of a driver—these poems make me feel as if I’m in very good company.

I’m also very excited about our growing audiobook list, which features poems read by the authors themselves, and the launch of our online streaming library. In addition to making the poetry we publish more accessible, our audio program gives us another way to amplify some pretty important voices in American poetry.

Each year we sponsor the annual Off the Grid Poetry Prize, which is awarded to one poet over sixty. The contest honors poets whose work is too often sidelined by mainstream publishing, but whose writing practice is ongoing and whose vision is fresh while drawing from six or more decades of lived experience. The winner receives a cash prize and their book is published (in print and audio formats), distributed, and promoted. We are thrilled that this year’s contest will be judged by poet Garrett Hongo, and that his poetic interests and sensibilities will contribute to next year’s publishing program. The submission period begins May 1!

We also publish several titles each year that are selected outside of the contest. For example, in July of 2020 Elaine Sexton reached out to us with a letter of introduction and a brief description of DRIVE, as well as details about her life and work. Her introduction intrigued us enough to request the full manuscript. And her timing was perfect. I enjoyed reading poems ostensibly about driving, but also about ambition and agency. After a full year of Covid lockdown, her poems granted me new and much-needed perspective, and made me feel ready to hit the road.

I am a longtime fan of Milkweed Editions, whose poetry and nonfiction lists are among the very best. I’m so inspired by the books they bring out, both as a reader and a publisher. I’m also in awe of the overall quality and sophistication of Archipelago’s work. As a member of an independent press that is both small and mission driven, but also looking forward to continued growth, Archipelago is my standard for excellence.

A Quiet Reply to a Life Cut Short: After a Profound Loss, How to Honor the Dead 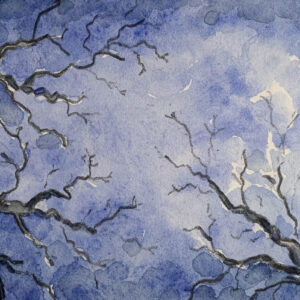 A Quiet Reply to a Life Cut Short: After a Profound Loss, How to Honor the Dead

Illustrations by Elisha Cooper One year ago my brother was killed by a tree. He was working in the woods near his farm in Virginia,...
© LitHub
Back to top