On Creating a “Mission-Driven Press”

Beacon Press—which Edwidge Danticat has praised as “a home for readers seeking a more inclusive and innovative literary experience”—has a long history of publishing forward-looking, boundary-pushing work, particularly from authors addressing injustice and inequality. Founded in 1854 under the American Unitarian Association, the press now mainly publishes nonfiction books with an emphasis on social issues (though it also recently expanded to offer poetry to readers).

Members of its staff answered questions about publishing books with a mission, maintaining an exchange between authors and readers, and their upcoming titles.

Because corporate presses are typically focused on publishing on as large a scale as possible, independent presses tend to be freer to publish the emerging talents, the grassroots movements and ideas, the politically and artistically provocative.  –Catherine Tung, Associate Editor

While all imprints need to find and know their specific audience, that’s especially critical at an independent press. We’re always aiming to publish books that resonate with our core audience and maintain our editorial identity, but also break new ground.  –Catherine Tung, Associate Editor

We have two new titles that I’m eager for readers to discover. The first is And the Category Is…: Inside New York’s Vogue, House, and Ballroom Community by the brilliant and witty, Ricky Tucker. Written as a love letter to the inherently queer, trans, Black, and Latinx space of New York City ballroom. An often-hidden world of balls, categories to be walked and won, houses with historic family legacies, and an influential culture that many emulate and appropriate. Crafted from the perspective of both an observer and an insider, Tucker offers thoughtful analysis, exclusive interviews with prominent figures, reflections on the importance of ball culture and why it matters who is bringing the work, art, and craft to the forefront.

“As a mission-driven press, it’s important to us that the books we publish not only are good, but also do good in the world.”

The next is from radical psychologist, Guilaine Kinouani. Her debut, Living While Black: Using Joy, Beauty, and Connection to Heal Racial Trauma is a book that has long been missing from anti-racism discourse. Combining research, individual stories, clinical studies, and Kinouani’s personal experiences, Living While Black is a powerful resource that pinpoints everyday anti-Blackness and offers healing practices to process trauma. This important book is specifically written for Black people while also providing insights for non-Black readers looking to expand their understanding of anti-Blackness and learn how to support Black. Kinouani finds that Black joy is essential for Black people’s mental health, explain that beauty of Black people finding this joy, embracing it fully without constraint, is ultimately a form of resistance to white supremacy.

Lastly, we have some great forthcoming titles that readers should keep an eye out for. For poetry lovers and fans of his acclaimed novels, Colm Tóibín’s first collection of poetry is due out in April. Vinegar Hill explores sexuality, religion, and belonging through a modern lens. Coming this summer, we have Soul Culture: Black Poets, Books, and Questions That Grew Me Up by Remica Bingham-Risher presents an intimate examination of the lives of legendary Black writers like Sonia Sanchez, Lucille Clifton, and Patricia Smith. The next installment in our ReVisioning History series, Asian American Histories of the United States by Catherine Ceniza Choy, covers nearly 200 years of Asian migration, labor, and community formation in the US. Reckoning with the onset of the COVID-19 pandemic and the surge in anti-Asian hate and violence, Choy presents an urgent social history of the fastest growing group of Americans.  –Maya Fernandez, Associate Editor

My favorite way to connect with our readers is in person at conferences and author events (something I’ve missed these past two years!). Talking to readers about how a book resonated with and/or challenged them and learning how they’re using a book—in classrooms, reading groups, organizations—is not only deeply rewarding, but a crucial part of the process. As a mission-driven press, it’s important to us that the books we publish not only are good, but also do good in the world. It’s critical, therefore, that we engage with our readers.  –Rachael Marks, Senior Editor

We participate in reader giveaways and engage with readers on social media; authors and editors frequently send chapters out for reader feedback from colleagues and allies. But, there isn’t a replacement for the kind of connection one builds talking to readers at conferences and events. In response to feedback from readers, particularly librarians and K-12 educators, we decided to adapt some of our radical adult nonfiction histories for young people. Our YA/Children’s program expanded into an initiative that is largely led by educators, librarians, and young readers themselves. Part of what’s unique about our YA publishing program is we organize youth advisory boards and/or youth focus groups for most projects. Youth as young as 8 and as old as 18-years-old advise on every part of the project from making editorial decisions to providing input on the cover to participating in marketing and promotion. To work that closely with younger readers is as rewarding as it is humbling—and, our books are more impactful because of it!  –Joanna Green, Executive Editor and Director of YA Development

“What I’d say is key about all of these titles is that they raised up an issue, or told a story, that needed to be told, or brought forward, at the time they were published.”

We get feedback from readers in a number of ways—and social media is of course one of them. But one of the most moving ways we get feedback is indirect—in the sense that the feedback goes from a reader to one of our authors, who then often passes it on to their editor. When someone takes the time to write to an author it’s usually because something has really hit them where they live—it’s reflected their experience, or made them less alone in the issues that they’re facing.  It’s enormously gratifying to feel that you’ve published a book that matters that much to someone.  –Amy Caldwell, Editorial Director

I’d say we’ve had a series of titles that have defined us in their publication eras and have continued to be key to the reputation of the press. Going back to the 1990s, they would include Marian Wright Edelman’s The Measure of Our Success, Cornel West’s Race Matters, and Michael Patrick McDonald’s All Souls; and very recently, titles like Roxanne Dunbar-Ortiz’ An Indigenous People’s History of the United States, Robin D’Angelo’s White Fragility, and Aubrey Gordon’s What We Don’t Talk About When We Talk About Fat.  But there are so many great books I could add to this list—I’ve left out a lot of years, and a lot of important writers—Gayl Jones, Eboo Patel, Imani Perry, to name just a few.  What I’d say is key about all of these titles is that they raised up an issue, or told a story, that needed to be told, or brought forward, at the time they were published.   –Amy Caldwell, Editorial Director

We do have a general editorial in-box, but debut authors often reach us via agents. Because we are almost entirely a non-fiction press, it’s important for authors to have some recognized expertise in the subject they are writing about.  –Amy Caldwell, Editorial Director 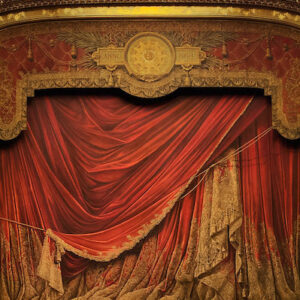 As told to Lit Hub senior editor Corinne Segal. The following first appeared in Lit Hub’s The Craft of Writing newsletter—sign...
© LitHub
Back to top