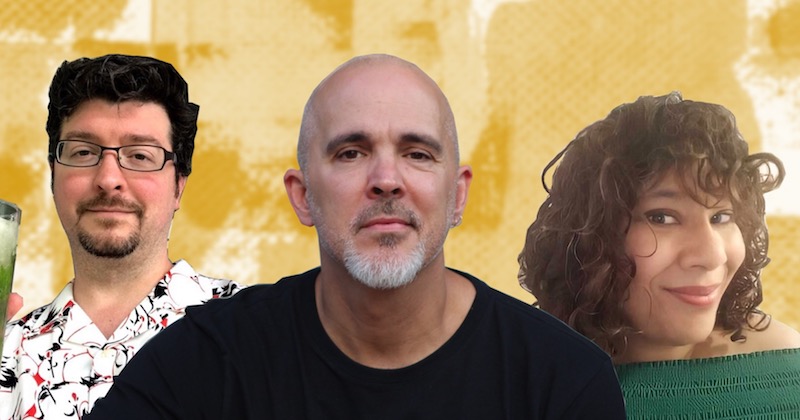 The Boston Review started in 1975 and was originally known as New Boston Review. The quarterly focused on literature and the arts and was founded by Juan Alonso, Richard Burgin, and Anita Silvey. In the late 70s, the Review switched from quarterly to bimonthly publication. Renamed the Boston Review, it was edited by Nick Bromell. Subsequent editors were Mark Silk and then Margaret Ann Roth, who remained until 1991.

Joshua Cohen replaced Roth in 1991. Deborah Chasman joined as co-editor in 2001. For more than 20 years the full text of Boston Review has been available online, always for free. The magazine also publishes four themed print anthologies each year, which get sent to members and can also be purchased individually.

What appeals to you about working at a literary magazine?

Working for a literary magazine also allows me to help writers who have been overlooked. As an emerging writer, I hoped that there was a reader on the other side who understood my work and appreciated it. Often there wasn’t. Working for a literary magazine allows me to extend a helping hand to other writers who might feel overlooked too. The biggest satisfaction in working with a journal is in looking for underrepresented voices and giving them the opportunity to publish their work and further their careers. I get to be the helping hand that was missing a decade ago.

What makes your journal different from other literary journals/magazines?

Adam McGee: Boston Review has the nonprofit mission to be a space for rich discussion of democratic life. As a result, the majority of what the magazine publishes is nonfiction essays about politics, aimed at empowering readers as citizens.

Boston Review’s Arts in Society program—the part responsible for publishing fiction, poetry, creative nonfiction, and criticism—takes its direction from this larger mission. Therefore, we are interested only in writing that in some way speaks directly to the most pressing political and civic concerns, including racism, inequality, poverty, demagoguery, sex- and gender-based violence, a disempowered electorate, and a collapsing natural world. This focus makes Arts in Society fairly unique. There’s a lot of fantastic writing that doesn’t touch on our mission—but it isn’t for us.

And although it isn’t entirely unique these days, it’s worth noting that everything we publish is available for free online, including (after a few months) everything in our annual print arts anthology. We’re fully independent—supported entirely by our members, donors, and grants—so selling our anthologies helps keep our web publishing free for everyone.

How did being on the staff of a literary journal/magazine change the way you read?

IR: As a writing professor or instructor, I am looking for hope; I am applauding effort; I am applauding what is not there, but what could be. When I read for a journal, I am reading texts against other texts, seeing what is complete, and then thinking about which text stays with me for days after I have finished reading multiple submissions. While reading for a journal, the connection has to be immediate; on the first page, I need to feel pulled in by the story. So, reading for a journal is akin to love at first sight, while reading in other contexts allows for more of a courting process between the text and the reader.

What is the most important thing that a writer should include in their cover letter/pitch?

AM: A magazine is an ongoing conversation that you are asking to join. With what they’ve published already, the editors have told you the things that they’re interested in talking about and that they think their audience is interested in reading. You should have enough awareness of the magazine to be able to say in your cover letter how your submission picks up on those concerns and carries them forward.

Also be thoughtful about which things an editor will need to know to evaluate the submission (short bio, publications and awards, relevant experience or education, some unique expertise, how the piece is different from what else is out there, etc.). Make sure that those things are in the cover letter so an editor doesn’t have to hunt for them, and likewise make sure that there isn’t so much in your cover letter that those important details are difficult to find. You must be concise. A submission cover letter or pitch should rarely be more than a few clear paragraphs (unless a magazine or press specifies otherwise, and then do what they say!). Your cover letter or pitch is not the place to get creative.

What do you look for in new authors you publish? What should stand out in terms of their work and style?

IR: I focus mainly on acquiring fiction, and I have a few fairly specific things I look for. One, I want to see a completed story. I recently read for a different magazine, and there were so many great stories that needed revision and more work. I would have loved to have taken some of those stories, but because of time constraints, an editor or guest editor may not be able to accept a story that requires a lot of revision.

Next, I am looking for a story with powerful language—I’m generally never going to be interested in a story where the author has not come up with dazzling phrases, the kinds of phrases that make you stop, reread, and clutch your heart. Along with that phrasing, I want to see a writer make concrete an abstract thought that most of us have not been able to solidify.

I am also really invested in stories based in realism, and not realism where a peacock shows up in the middle of the story. For me, the magic of a story lies in its everydayness and the ability of the writer to see and show anew the world we are all familiar with. Ultimately, I want to read something that teaches me something and shows me a new way.

Ed Pavlić: In the broadest terms, our overall aim is to create an archive of new pieces by writers to represent and vivify our sense of the fascinating tumult and turbulence of contemporary experience. The goal isn’t to harvest eyeballs, likes, and retweets, but to gather and offer as widely divergent and affecting an array of socially engaged depictions and invocations as we can.

The publishing and media industries have recently undergone a long-overdue reckoning in how they handle equity and diversity. How can literary journals promote inclusivity without indulging in tokenism? What actions have your publication taken to support equal representation?

AM: There’s no silver bullet. When we launched the Arts in Society program in 2019 (combining under one umbrella our previously separate poetry and fiction programs and criticism), these questions were at the front of our minds. Among the concrete steps we took toward answering them are the following two.

First, knowing that each year we would publish an annual literary anthology and that it would always have guest editors, we committed to making sure that every year, at least half of the volume’s editors would be women and people of color. Placing decision-making power in the hands of people historically underrepresented in publishing is a way to step back from tokenism.

Second, because we knew that, for at least a few years, we would rely primarily on our annual fiction and poetry contests for the bulk of the unsolicited submissions that we publish, we knew it was important to democratize how they were run. The paid contest model is indispensable to how most independent literary magazines stay solvent, but there’s no question that it disadvantages less affluent writers as well as global writers who don’t conduct their lives in the US dollar.

To try to correct this imbalance, we decided to make our contests free to enter for anyone who is experiencing hardship (with “hardship” left purposely vague) and for people living outside of the United States, Canada, and Western Europe. This dramatically reconfigured the demographics of who was submitting to our contests and has, we reckon, made it possible for nearly a thousand people to enter who wouldn’t have otherwise been able.

But we by no means believe that we’ve solved the problem of inequality in publishing. It will always be a work in progress.

Tell us about your submission process.

We’re always open for free submissions of nonfiction pitches as well as essays written on spec. Full details are on our Submittable page. We get pitched a lot of personal essays but in fact almost never publish that genre, so that’s something to keep in mind. We publish many review essays—of poetry, fiction, criticism and scholarship, visual and performing arts—and particularly like reviews that take two or three recent things and show how they explore some aspect of the topics that fall under our mission (see above).

For fiction and poetry, we currently only accept unsolicited submissions through our annual contests, which are open during the spring and summer. This year, we are accepting paid submissions ($20) until June 30th. All contest submissions are read blind, and all semifinalists will be reviewed by guest judges Kali Fajardo-Anstine (fiction) and Sonia Sanchez (poetry). For full guidelines, see our Submittable page.

The theme of this year’s contests is “Repair,” which will also be the theme of our 2022 annual literary anthology. Many semifinalists and finalists from the contests will be accepted for publication.

We pay $25/poem (minimum of $50/poet) and $300 for full-length short stories. Rates for other kinds of prose are variable.

General queries can be sent to review@bostonreview.net.

Vanessa Willoughby is the Assistant Editor at Literary Hub. 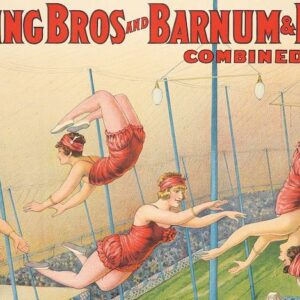 One of the great ironies of the fabled imprimatur of “Barnum & Bailey” is that half that well-known stamp is in fact...
© LitHub
Back to top