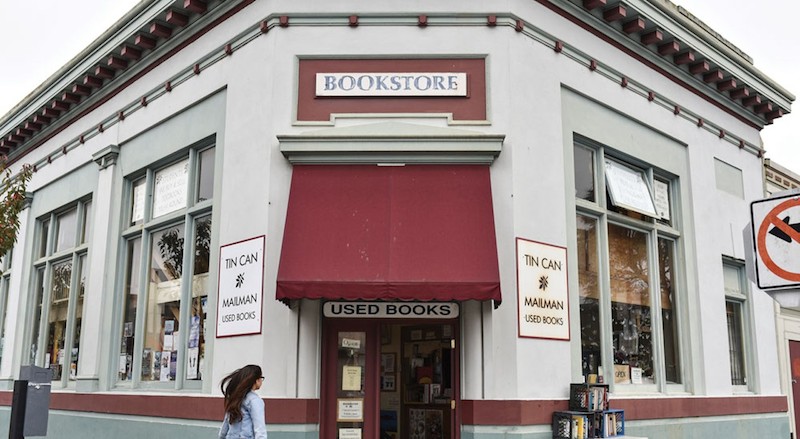 Interview with a Bookstore: Tin Can Mailman

From the South Seas to the Northern California

Tin Can Mailman’s founder Will Mauck spent time on the Islands of Tonga while volunteering for the Peace Corps. One of Tonga’s islands, Niua Fo’ou, or “Tin Can Mail Island,” is so named because without a safe port for mail ships the islanders received their mail in tin cans heaved from the side of the boat. In 1972 with a few hundred books and some fruit crates for shelves, Mauck opened Tin Can Mailman in Arcata, California. Eventually, though, Mauck’s love for the South Pacific won out, and in 1994 he sold Tin Can to Richard Sanborn and Calista Sullivan and moved to Kauai. Sanborn and Sullivan only owned Tin Can for five years, but in that time they were able to secure a grant to renovate the store as a historical landmark. In 1999, they sold the place to Wadeth Bory, a longtime employee of both Mauck and Sanborn who, along with manager Samantha Brown, still runs Tin Can Mailman’s operations.

The new arrivals section along the open atrium. There’s something just right and almost reverential about browsing the newly arrived titles under the streaming light from the skylights above.

A larger children’s room. Our bookstore is housed in an historical two story bank building established in 1913. The kids room is in the bank vault and is not very large. Although in many ways it’s an appropriate place for a children’s room; the walls are thick and help with sound and it’s probably the most secure place in the building. Too bad we no longer have the door to lock up the more unruly kids though.  ;)

Inclusion and personalized service.  A lot of bookstores have an idea of what is worthwhile literature versus fluff so they end up excluding a lot of potential readers from their store. We offer a large assortment of books to cater to every type of reader; from romance and westerns to spirituality, technical manuals and literary criticism, etc. We believe that it almost doesn’t matter what you read as long as you read something. There are a lot of first time readers out there who got interested in reading through Harry Potter or Fifty Shades of Grey and who may never work their way towards a heftier tome but become voracious readers in their own right and that’s OK. We all read for different reasons. Some read because they are lifelong learners and some read for pure escapism and we believe both forms to be valid.

Patty Hawks. She is a sweet elderly lady who has been a regular for as long as I can remember working at the store, over 20 years. She is exactly someone you would cast to play a loving grandmother in a movie. She even baked plates of cookies for the holidays and would make the rounds and distribute them to all of her favorite places and we were fortunate enough to be one of them. She is not as mobile as she used to be and we miss seeing her on a regular basis.

Wow. I have been here since 1993, so there has been quite a few crazy incidents, some not fit to print. We had a perfectly normal seeming gentleman purchase a book from us and then call us thirty minutes later to inquire whether we touch his nose during the transaction. We did not. We had another customer who had handcuffed his hands to his briefcase and needed us to remove the key from his pant pocket to unlock it for him. We once had a half naked guy with the mutilated Barbie strapped to his bare chest inquire if we we’re hiring. Unfortunately we had no positions available but he did purchase a dollar book.

I don’t believe we ever went to bookstores when I was little because we couldn’t afford to buy books. But I have an early memory of discovering the library. I believe I was 8 or 9. We had just come to the United States from Southeast Asia and after learning English proficiently enough I became an avid reader. I discovered the science fiction section and I was hooked.

I have a love of travel and photography and food. Isn’t it everybody’s dream to get paid doing something involving all three of those things? Sam my manager would be a firefighter. She already is a volunteer firefighter in her free time. 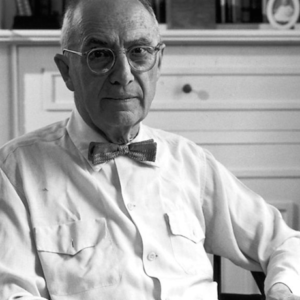 “During her Sunday writing stints, the author, 45, takes a break from the shadowy side of human nature to step...
© LitHub
Back to top