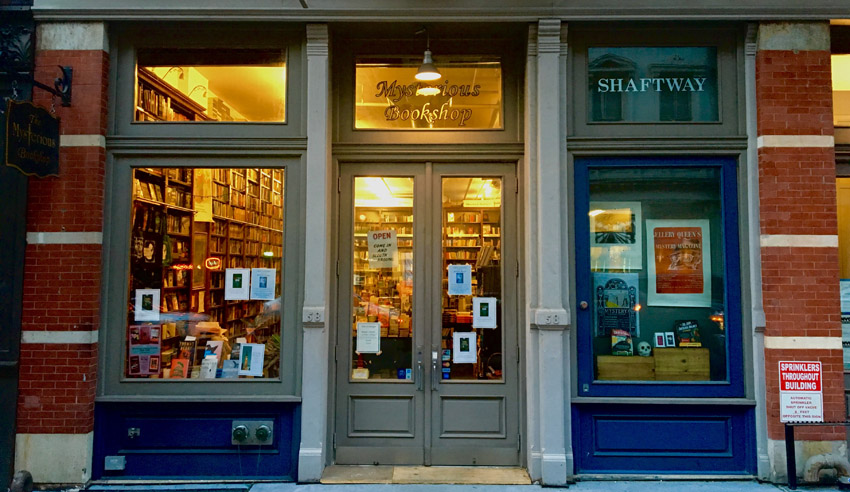 Interview with a Bookstore: The Mysterious Bookshop

The largest and oldest mystery-specific bookstore in the world

The Mysterious Bookshop opened its doors on Friday the 13th, April, 1979. Founded by Otto Penzler, the space also contained the Mysterious Press offices. The bookshop was one of the first bookstores—mystery-themed or otherwise—to make a practice of featuring signed first editions of new titles. In 2005, the store (and its publishing activities) moved from West 56th Street to its current home on Warren Street in Tribeca. Today, it is the largest and oldest mystery-specific bookstore in the world.

Charles Perry (marketing coordinator): Being a mystery-only bookstore, we don’t have too many sections—our stock is basically divided into a new paperback section and a new and collectable hardcover section. There is a giant wall dedicated to Sherlock Holmes, and some small shelves focused on espionage and Scandinavian writing. My favorite section, though, is below one of the display tables: a shelf full of newly reissued titles from small publishers like Stark House, Poisoned Pen, and Hard Case Crime. These newly rediscovered classics feature some of the best writing in our store, and they seem somehow more exciting for their having once been forgotten.

Charles: Personally, I’d like to expand the space devoted to our UK imports. We make a point of carrying signed imports when the true first edition of a book is overseas, and I think that a larger space for such books would make them more recognizable to our customers. Also, it would be great to have a specific space just for events! We host two to three readings and/or launch parties a week, so putting out chairs and moving books every time can be a bit of a burden. Then again, not having them take place in the middle of the store might detract from the coziness of the events, which is really a beautiful thing sometimes…

Charles: Of course, we are mystery experts—but I wouldn’t want to diss other mystery-specific bookstores by saying we’re the best. That being said, our Manhattan location makes us very accessible for writers, meaning that nobody else has so many mystery authors dropping in to sign. We are also distinguished by our enormous Sherlock Holmes collection—the biggest in the world, comprised of titles from the canon as well as pastiches (a genre unto itself) and memorabilia like records, posters, and magazine articles—and by a sizable stock of bibliomysteries (mysteries in which the crime involves a rare book or manuscript) that I would assume is unrivaled, since, for the most part, only specialists even know it as a category.

Charles: It seems unfair to pick a single favorite, but we love any customer that comes in (or calls in) often, likes to talk books, and gives us feedback about what they’re reading and have read. Some of our best customers tend to be mystery authors, who, when signing or visiting other authors’ events, often end up browsing and buying a couple of books themselves. The support and solidarity that exists in the mystery community is a pretty great thing to witness. Lucky for us, our store is often the center of such activity.

Charles: Multiple signings. Every year, before the Edgar Awards ceremony, we host a party for the Mystery Writers of America, usually to launch the newest incarnation of their yearly anthology. The parties are a lot of fun; we move all the tables and shelves out of the middle of the store, which fills to the brim with all kinds of mingling people. Last year they released the Mystery Writers of America Cookbook, and we had over 20 authors in attendance. That meant trying to compel over 20 partiers to stop hanging out and come sign a huge pile of books. It was like herding cats, and we hardly had enough table space for all of them. Needless to say, chaos ensued, but we managed to get everything signed in the end.

Charles: My earliest remembered bookstore visit was to the now-closed Nice Price Books in my hometown, Carrboro, NC. Visits to Nice Price were usually prompted by a special occasion of some sort, as my family would often go browse the used books there after a nice dinner at the Crook’s Corner restaurant across the street. Since they didn’t carry too many kids books, and since I was too young to understand what they did carry, I mostly just browsed the extensive CD and VHS walls. Still, perhaps those early memories have contributed to the warmth that I now feel whenever I enter bookstores, in spite of the fact that, after over a decade working in them, it seems like such spaces would remind me more of labor than celebration.

Charles: Days before I started at the Mysterious Bookshop I was offered a job at a bar in Brooklyn, so I guess, realistically, I’d probably be working there. Ideally, though, I’d be reading, writing, watching movies, traveling, and just generally indulging in a life of leisure. But I’m pretty happy working at the bookshop.

Charles: The biggest surprise about working at the Mysterious Bookshop has been the role of passion in its success. So much of what we create here—including our limited collector’s editions, our series of bibliomystery novellas, and the two publishing companies (Mysterious Press and MysteriousPress.com) that are run out of the basement—is the result of Otto’s and the rest of the staff’s dedication to and love of mystery fiction. Questions of marketability and consumption are definitely important, but they always take second place to this passion. So this would be the biggest surprise: within the limitation and restriction of genre, there is a powerful sense of freedom. 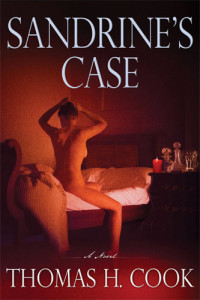 OTTO PENZLER (OWNER) RECOMMENDS: The author is truly a poet and this novel, about a man on trial for murdering his wife who falls in love with her again as secrets come to light, is unbearably poignant and suspenseful. 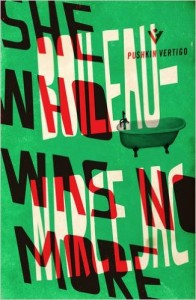 CHARLES PERRY (MARKETING COORDINATOR) RECOMMENDS: When the body of Ferdinand Ravinel’s murdered wife goes missing, he–her murderer–faces an earth-shattering guilt. Confronted by the impossibility of her disappearance, and by incomprehensible reports from those who have seen her, quite alive, wandering about the town, Ravinel descends into madness. A high-point for psychological suspense. 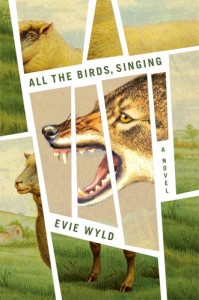 IAN KERN (MANAGER) RECOMMENDS: In this, her second novel, Wyld weaves gothic horror, crime, and literary fiction into a tale so darkly sublime it will raise hairs on the back of your neck. If you’re looking for a new author to rock your literary world, Wyld is it. 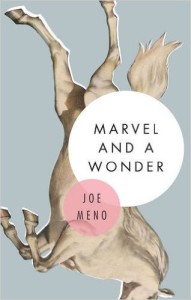 IAN KERN (MANAGER) RECOMMENDS: . I’ve always been impressed by Meno’s ability to create true-to-life characters packaged with a high or sly humor. His latest novel, though, enters new territory with a much more serious tone, delivering a crime story with some very dark deeds, callousness, a little heart, and a bounty of beautiful writing. 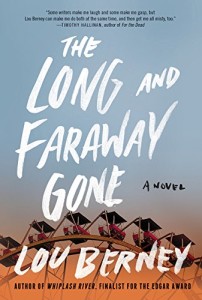 IAN KERN (MANAGER) RECOMMENDS: It’s really tough to write a PI novel these days without giving into the temptation of parroting the old masters, but Berney does it with aplomb. Not only does his latest book reimagine the PI genre for the 21st century, it’s also an emotionally devastating read. 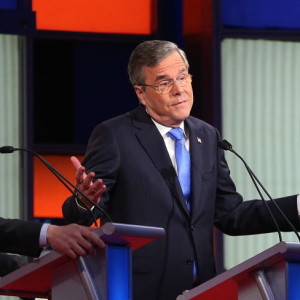