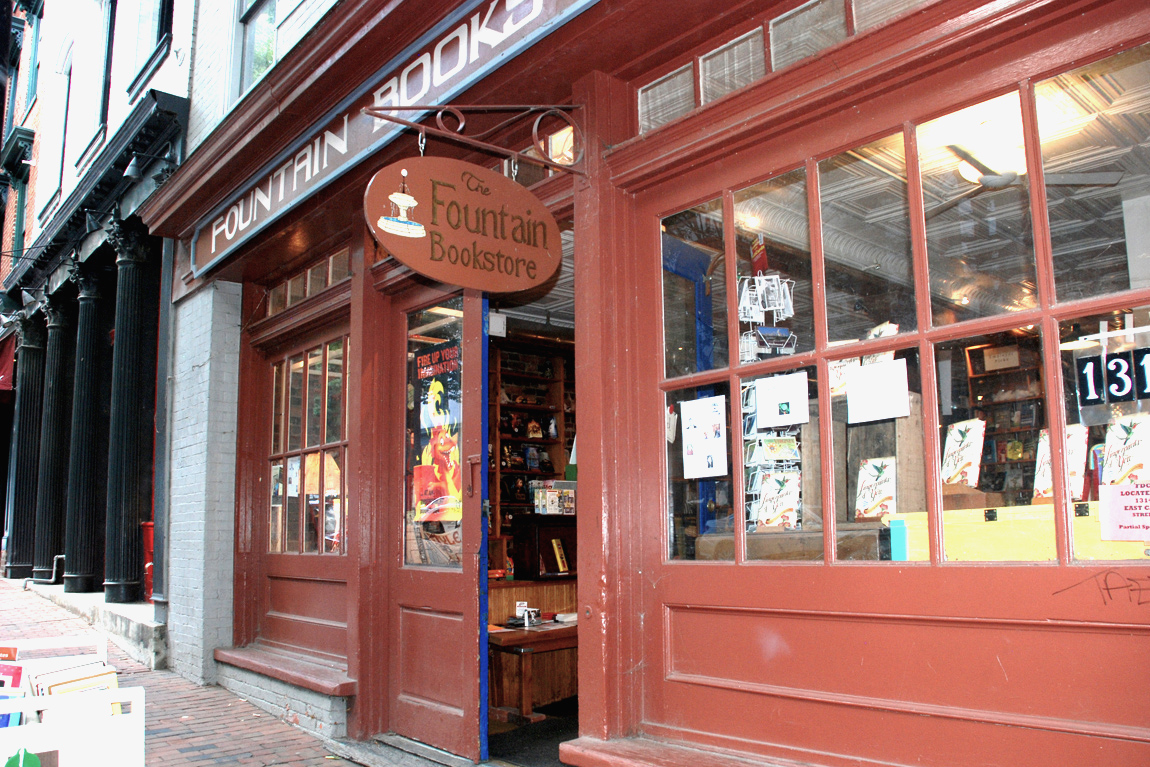 Interview with a Bookstore: Fountain Bookstore

Fountain Bookstore was opened as a professional and technical bookstore (back when there were such things) by Joyce Clay. At the time, there was a need for a bookstore to serve primarily institutional and government offices in the Downtown area of Richmond, Virginia. Boo and Jim Smythe bought the store in 1985 and began the transformation of Fountain into a general interest store. In 2000, they brought in Kelly Justice to manage the store and to take it in a new direction, with a focus on events. The bookstore is housed on the ground floor of a post-Civil War reconstruction building with its original wood floors and tin ceiling still amazingly intact.

Kelly (owner): There is always something special and magical to be found in every section. Usually it’s something I forgot I ordered. But I have to say I don’t find myself hanging out in Sports or Business much.

Kelly: I would add a bunch more event space, a full demo kitchen and lease space to a wine bar. And I’d have an office with a door and a cot. I live pretty far away from the shop and the days can be long. A nap would be excellent.

Kelly: Our worldwide online services are pretty rockin’ and very personal. For a small store, heck, for any size store, I think we knock that out of the park. I also love our events. They are different from other bookstore’s, I think. We craft our programming pretty seriously.

Kelly: I have a least favorite… but I suppose I shouldn’t talk about that. We’re not supposed to even think that. But there it is. As far as a favorite, gosh, every time one leaves and I think “Oh, you are my absolute favorite!” I turn around and another walks in and then I say to myself, “Oh, no, YOU’RE my favorite! How could I ever forget YOU!” Unless it’s the first guy I mentioned. Then I don’t think that. But, in general, we are truly blessed with too many to keep track.

Kelly: It’s generally pretty insane around the shop. We are not a quiet little bookstore. Recently we did an off-site with Randy Blythe, lead singer of the world-famous heavy metal band Lamb of God and absolutely great guy. The book is Dark Days. Really good. Give it a shot. I was prepared for absolute chaos, but, honestly, he has the best behaved fans I’ve ever met. We had a sold-out crowd of major metal fans and they were sweet as kittens. Who knew?

Kelly: Reading books on the floor of Ram’s Head with my mom in Roanoke, Virginia. They recently closed. Breaks my heart.

Kelly: I have another business idea that is really eating at my attention now. But I’m pretty much an “all in” person… so I would probably have to quite bookselling to pursue it. It would be much more lucrative most probably. But, then, most careers outside of the book world are. [Insert laugh followed by heavy sigh here.]

Kelly: The difference between running and owning a bookstore were the biggest surprise to me. I was a manager with not a little hubris. When I took over the shop in 2008 I was unprepared for the sheer amount of paperwork required to run a business. I was much humbled by the transition and the amount of work involved in that aspect. And the computer stuff. I feel like I’m chained to the thing. On the upside, ownership has made me more active in improving my neighborhood, city and world. I feel truly invested in making our customers both in the store and online happier. Period. Welcoming people into our Fountain Family is very important to me. Being open to readers from all walks of life with all kinds of favorite books: that means more to me than anything. 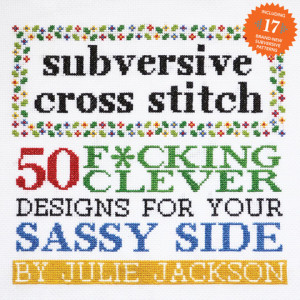 BETH RECOMMENDS: Being a crazy, crafty mama with a potty mouth, this book made her scream with glee! I’ve been stitching away at such comforting designs as: “Don’t Be Such A Baby” and “Cheer Up, Loser” and many others that cannot be printed here. 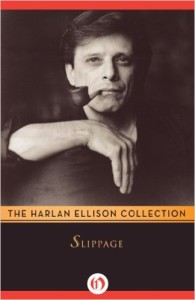 KELLY RECOMMENDS: Despite a 40+ year career, over 70 books and over a gillion awards: Harlan Ellison is not a household name. That makes me mad. He is one of our most gifted living writers and more gifted than a lot of the dead ones. I am overjoyed to see these reprints (of which Slippage is the most recently written) bringing him to a new audience. His stories my have fantastic settings and plots, but no one gets closer to portraying the essentials of the human condition that remain the same across place and time: beauty, tragedy, cruelty, kindness, humor and the whole glorious horrific mess of it all. 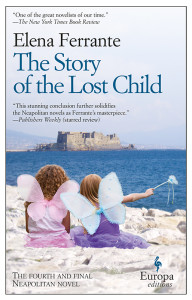 MAUREEN RECOMMENDS: I led the charge on #FerranteFever at Fountain, begging my fellow booksellers to join me in my obsession. I was nearly apoplectic waiting for book four. Everyone is safe now that it’s out and I’ve read it. But now it’s over! What an experience: a beautiful story of a friendship and a country. A masterpiece. 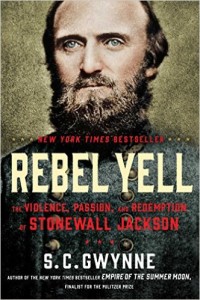 CARL RECOMMENDS: From New York Times bestselling author a thrilling account of how Civil War general Thomas “Stonewall” Jackson” became a great and tragic American hero.” One of my favorite characters of the Civil War, “Rebel Yell” goes in depth with the well-respected soldier, feared opponent, loving husband and doting father (something his opponents on the field would not experience)! Civil War nerds like myself will not be able to put this down! 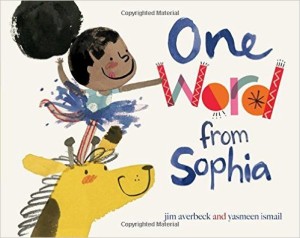 DIANE RECOMMENDS: Sophia is trying every fancy word she can think of to get her one true desire for her birthday: a pet giraffe. There are only four things standing in her way: Mom, Dad, Uncle Conrad, and Grand-mama. Turns out she only needed one word. Guess which one it is! 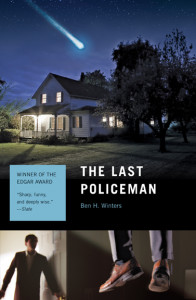 STEVE RECOMMENDS: Honestly, the first book isn’t the greatest mystery I’ve ever read, but as a story about a man obsessed with maintaining his principles in a world that literally has an expiration date, this series is pretty special- I’m thinking about the ending as I type this and am literally getting goosebumps. Really good stuff. 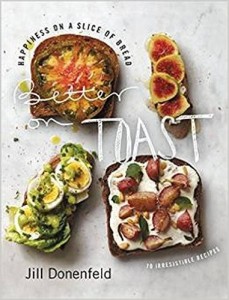 NATALIE RECOMMENDS: When I started at Fountain recently, I didn’t realize I would be working with so many people who enjoyed cooking and sharing good food as much as I do! This book makes me happy. The recipes are simple, easy, wholesome, comforting and delicious! 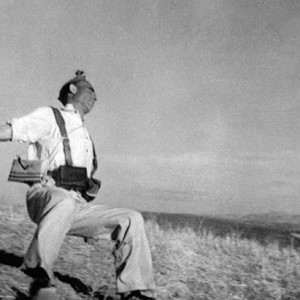 I attended a reading today, where an author read from his debut collection of short stories. The audience was small, but highly...
© LitHub
Back to top
Loading Comments...