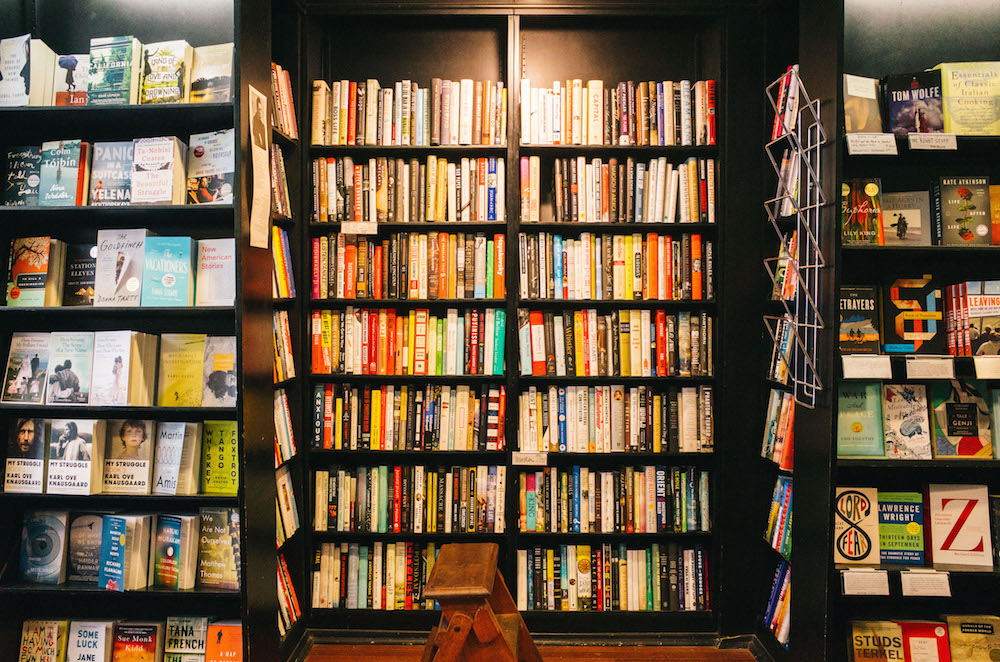 Interview with a Bookstore: Community Bookstore

You Want Trollope? You Want a Pond? Come Here.

Community Bookstore was opened in 1971 by Susan and John Scioli (Susan, especially, loved books.) In 1971, Park Slope, Brooklyn was being torn in several directions: fading industry and harbor traffic were undermining its large working and lower-middle class base; members of the middle and upper-middle class, who lived up near Prospect Park, were joining the great white migration to the suburbs; predatory slum lords were buying landmark brownstones for pennies on the dollar. But so were a small but growing cadre of urban pioneers, led by school teachers and artists. Susan and John were part of this cadre, and their store quickly became an anchor for the newly emerging Park Slope. Now, ironically, it anchors a fading remnant of neighborhood stores as rents soar and chain stores and nail salons proliferate.

Susan sold the bookstore to Catherine Bohne, a dear friend, in the early 2000s. By 2010, Catherine was ready for a new adventure and decamped to Albania. Stephanie and Ezra took over management and then bought the store and have been running it since. 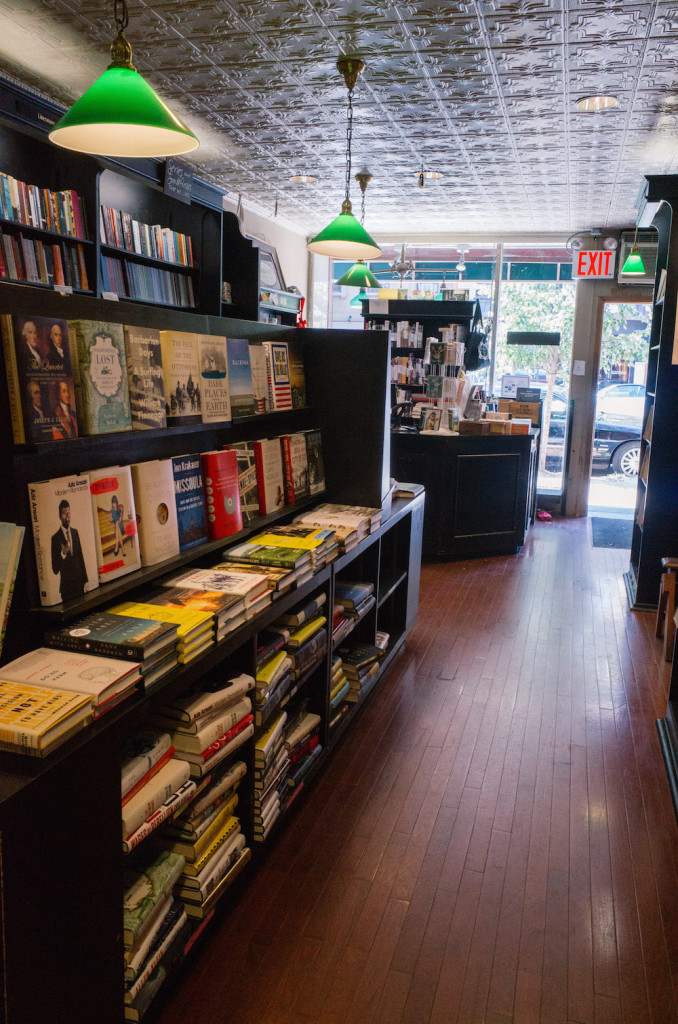 Ezra (co-owner): Our be-turtled, be-ponded garden, where we can read our small-press books at lunchtime.

Stephanie (co-owner): Our small press shelves. Or the rare book selection at our other shop, Terrace Books.

Dana (bookseller): The NYRB Classics. If I were trapped in an avalanche of NYRB Classics, I wouldn’t even try to save myself.

Sam (bookseller): We have a little hard-cover section nook, and if you can find our step ladder (which also works as a stool), the hard-cover nook becomes a great space to talk to customers.

Ezra: Infinite is a bit over the top. Our neighborhood lacks space for political discussion: I’d love sufficient room to open the store to members of the community to talk among themselves.

Dana: I would never want this. There are so many bad books that end up as filler in large stores.

Stephanie: If we had more space, no one would ever ask me to get rid of the tiny red piano in our kids section. It takes up precious real estate, but is itself a precious part of what makes the store singular.

Sam: I would want to turn our pond into a lake. One of our turtles died this winter and I would want a lake so that we could have more turtles. Then we could canoe out to the middle of the lake and read and throw bread crumbs as the turtles came to the surface and basked in the sun. Also a corgi bed. Because although the bookstore dog does exist, I have yet to met a bookstore Corgi and that kind of needs to happen.

Ezra: I love too many other bookstores to think that we’re the best at one thing or another, but there is a good-humored warmth and bonhomie here that I’ve seen in few other stores, whether they sell books, shoes or widgets.

Dana: Our literature section is dreamy. It feels like a particularly ambitious private library, rather than a retail space.

Sam: We have the best book clubs, the same people have been at our literature book club for years and it feels like a community. We also have a Cookbook Club, which I run, and we cook delicious meals.

Hal (events coordinator): We have a terrific amount of Anthony Trollope books, really just a ridiculous amount, an unholy, ungodly, pagan amount of Trollope. Probably the best in the world outside of West Sussex.

Stephanie: Maggie the dog and her wonderful humans, R. and A.

Dana: Every day around dinnertime is pretty crazy. One of our bosses just starts hitting us until we feed him. He is a cat, so this is seen as socially acceptable.

Sam: There is that moment on Christmas Eve (I’m Jewish, so I work Christmas Eve) when people finally stop coming in. You realize that thousands if not tens of thousands of people have come through your bookstore in the last couple of months to buy books. That is an insane feeling.

Ezra: I still have a handful of crumbling 50-cent paperbacks purchased at the Book Nook in Zanesville, Ohio. One reason I am so passionate about Community Bookstore and Park Slope is that they remind me of the Book Nook and Zanesville, except that our downtown survives while the Book Nook and all its neighbors were wiped out decades ago by Walmart and strip malls.

Stephanie: As a child, I would scrape together whatever funds I had and would head to the lone chain bookstore in a mall and spend with wild abandon. My first splurge was a box set of The Little House on the Prairie books.

Dana: Where I grew up we didn’t have bookstores.

Sam: The Communitybookstore Intelligence Agency (CIA for short) might come after me, but I remember that as a teenager I would order critical theory books before I started work here and never pick them up.

Hal: The Rev. Septimus Harding was, a few years since, a beneficed clergyman residing in the cathedral town of ———; let us call it Barchester. Were we to name Wells or Salisbury, Exeter, Hereford, or Gloucester, it might be presumed that something personal was intended; and as this tale will refer mainly to the cathedral dignitaries of the town in question, we are anxious that no personality may be suspected. What was the question again?

Hal: I would be a grave warden at Kensal Green Cemetery in London, five graves after Blondin’s, turn left along the grassy track, passing a series of mausoleums that more resemble garden sheds than tombs. Four graves after the broken and leaning column on the right you will find the solid, pink and grey ledger tomb.

Sam: I studied philosophy in college, so I would probably be a dishwasher at a restaurant waiting to make my big break with my food blog called “philosophical phood.”

Stephanie: That shelving books can cure most spiritual ailments.

Hal: That most readers do not imbibe in the chalice of Trollope. Yet.

Dana: I’m always shocked when I remember that Fancy Nancy and Nancy Clancy are the same person.

Sam: Finding out through Dana’s answer that Fancy Nancy and Nancy Clancy are the same person. I never knew that. Woah. 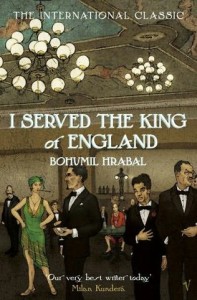 HAL (Events Coordinator) RECOMMENDS: Boozy, brash, and brilliant, Bohumil Hrabal’s I Served the King of England is my favorite book to find new readers for. It’s a picaresque about a hotel porter who dreams of becoming a millionaire, only to have the terrors of the Czech twentieth-century get in his way. Read it with a pivo. 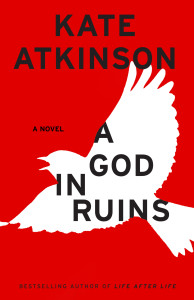 EZRA (Co-Owner) RECOMMENDS: Kate Atkinson has us confront mortality and acknowledge life’s random chances with such style, humor and intelligence that we are left begging for more. I would say that I can’t remember a recent book that moved me so deeply except that I do remember, clearly: Atkinson’s last book (and the “companion” to God in Ruins), Life After Life. 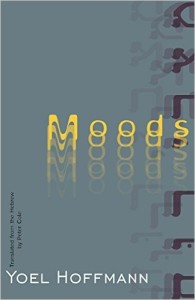 SAM (Bookseller) RECOMMENDS: So far in my year of Jewish reading, I have only felt morose or rebellious. It was not until I read Hoffman that I remembered there was such a thing as Jewish Joy. Now all I want to do is frolic around the sea of Galilee telling tales of loves lost. 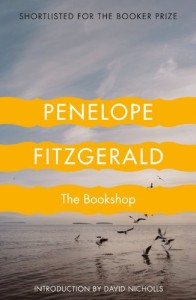 STEPHANIE (Co-Owner) RECOMMENDS: A necessary corrective to the sappy genre of books about bookstores, this book dispenses with the fairytale and plumbs the sorrows, as well as the satisfactions, of the bookseller. 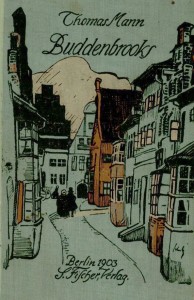 STEPHANIE (Co-Owner) RECOMMENDS: Mann’s multi-generational saga of a German family from 1835 to 1877 is the ultimate debut novel. 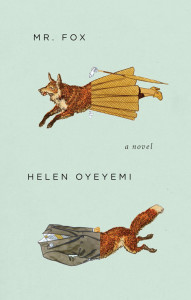 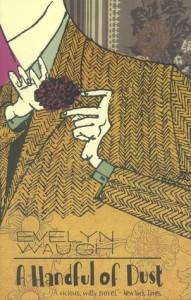 STEPHANIE (Co-Owner) RECOMMENDS: It starts as a comedy of manners, but morphs into a ghoulish tale where literature plays a role in the horror. Terrifying and wonderful.

All photos by John Kilbane 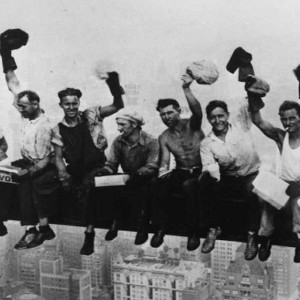 I dropped out of college when I was 19, which also meant losing my desk job as a college co-op at the headquarters of a major...
© LitHub
Back to top
Loading Comments...