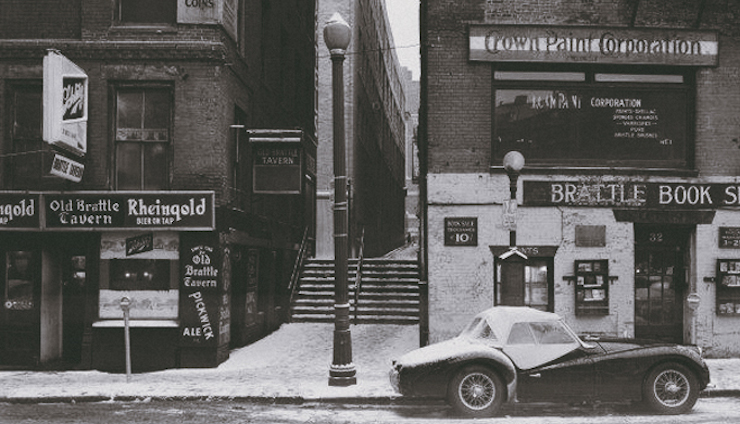 In Which J.D. Salinger Appears Alongside a Woman Who Eats Bibles

Brattle Book Shop’s origins date back to 1825 when it was built in the Cornhill section of Boston, later called Scollay Square. By 1949, it was set to go out of business. George and Dorrit Gloss, newly married and deeply passionate about books, pooled their resources to buy half interest in the shop for $500. A year later, they were full owners and parents to a son, Ken, who currently owns the shop with his wife Joyce Kosofsky. During Ken’s tenure, he has seen the store through fires, crane mishaps, and seven locations, as well as hundreds of thousands of used and collectible books.

Ken (owner): We are constantly getting new books of all varieties. There are certain books that are remarkable to have possessed—for instance, a first edition of The Great Gatsby inscribed by Fitzgerald, “to the greatest living poet, T.S. Eliot” and annotated by Eliot—but the point is to sell them. If a rare and collectible book stays in our inventory for a while, you start to wonder why no one is buying it. With that said, there isn’t one type of book I particularly like. We are always looking for what’s new and different. Within any subject area, there are things that are really interesting and exciting to handle and things that are more calm and boring. The variation is part of the fun.

Ken: More books! We currently have two floors of general used books; one floor of rare, signed, and collectible books; and $1, $3, and $5 sale carts that are outside year-round, weather dependent. We usually go to one or two estate sales a week with an average purchase of 5,000 books. At some sales, however, we will buy up to 30,000. We purchased the estate of a professor who owned between 20,000 and 30,000 volumes. Emptying his apartment, it was clear he never had company over.

Ken: We are able to sell general used books very cheaply, as well as very expensive, rare books. We also work with estates, museums, lawyers, and moving organizers. I do a lot of lecturing and am frequently featured as an appraiser on PBS’s Antiques Roadshow, which is always a great experience. I spend summers traveling to the roadshows and have gotten to see a great deal of America through that. Usually, I’ll find at least one item of great value per event. Funnily, a lot of people are more grateful to find out that their book is valueless, as it relieves them of the pressure of owning it. On the opposite end of the spectrum, our outdoor sale lot makes us unique, as well as the fact that we are a used book store in the inner city, which is now a dying breed.

Ken: We have a regular who has been coming in every day for over 50 years. He is a very passionate book buyer—he has an entire house on his property just for books. On the days he can’t make it in, he calls in sick.

Ken: We’ve dealt with a fire in 1980 that burnt the shop down, and about ten years ago a crane fell over through our outdoor sale lot. We also have a customer who eats Bibles. She’s very nice, but she will walk up to a section, rip out a page, and eat it. She much prefers Catholic versions—she won’t touch King James Bibles.

Another time, an older man came in and asked for an obscure author, who I was familiar with. I spoke with him briefly and looked through our inventory but was unable to find anything. After he had left, one of my employees asked if I knew who that was; I had no idea. It turns out it was J.D. Salinger. My employee had dated his daughter, so he recognized him.

Ken: I grew up in a bookstore. My parents say my first word was “book.”

Ken: I would be a chemist. When I started running the store in 1973, I initially thought I was simply taking a year off before beginning my doctorate. I’ve been here ever since.

Ken: That the business keeps on going. Seeing how many young people are still buying and reading books is a pleasant surprise. I always say, the most interesting part about collecting books isn’t the books themselves; it’s collecting the stories about the people who bring them in. 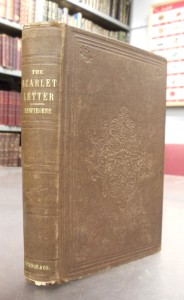 “The Scarlet Letter” by Nathaniel Hawthorne, published by Ticknor, Reed, and Fields in Boston, 1850. Second edition, first state, $500. “A friend of mine was moving to California and lightening his load. He loved New England authors, but he decided to only bring Thoreau with him.” 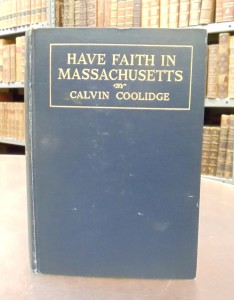 “Have Faith in Massachusetts” by Calvin Coolidge, published by Houghton Mifflin/Riverside Press in Boston, 1919. First edition, signed and inscribed by Coolidge, $600. “When you’re in Massachusetts, this one shows up. This came out of the house of a recent governor, 10-15 years ago. When he got elected, people gave him a lot of books, and this was one of which he received multiple copies.” 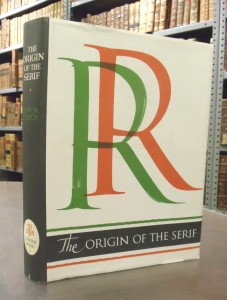 “The Origin of the Serif” by Edward M. Catich, published by The Catfish Press, St. Ambrose College, 1968. Inscribed by the author, $175. “This one came out of a large estate. We bought 5,000 books from an estate outside of Boston.” 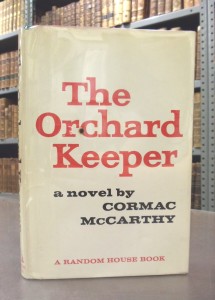 “The Orchard Keeper” by Cormac McCarthy, published by Random House, NY, 1965. First edition, $2,500. “This one came from a charity organization in the Boston area. They invited 4 or 5 dealers in to bid on their books.” 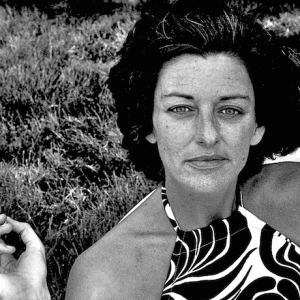 Rick Moody is now a life coach. | Literary Hub Only a Knausgaard profile would begin by describing the author’s...
© LitHub
Back to top
Loading Comments...