This essay originally appeared in Dagens Nyheter following the most recent Swedish elections.

Wake up Monday morning and tell yourself that the election result was a pleasant surprise. Celebrate that the nationalists didn’t get 100% of the vote. On the morning news, populist politicians claim that this is only the beginning, the struggle goes on, we’ll never give up, not until every border is a wall, until every citizen remembers who built this country. Criminals should be deported, the flag should be respected, and poverty should be extinguished through the use of more police, harsher punishments, and water cannons. Anyone who doesn’t support our demands has no place here.

Who’s that? asks your six-year-old. Nobody, you answer, turning off the TV. Is he a baddie? asks your three-year-old. He’s a politician, you say and make breakfast.

Explain to your kids that life will go on like normal. This election doesn’t change anything. You’re staying here. You’re not going anywhere.

Don’t think about the fact that every fifth person you meet in elevators, on buses, in grocery stores, thinks you’re doing something wrong simply by existing here.

Use Tuesday to forget your experiences in this country. Erase all the times a police officer has asked for your ID. Forget all the times you’ve heard someone claim that your parents’ religion is a gateway to evil. On Tuesday evening, your friend gives you a ride home from basketball practice, a police car flashes its blue lights and signal for you to pull over. Your friend shows his license and the cop studies it for a little too long, and, when he finally hands it back, it’s your friend who wishes the officer a good evening.
As your friend drives away, he tells you that he has been pulled over far less often since he registered as living at his girlfriend’s place, in an area where the condos are more expensive and life expectancies higher. But there isn’t that much of a difference in life expectancy between your friend’s neighborhood and his girlfriend’s. No more than eighteen years.

Repeat after me: Eighteen years is nothing. Everyone’s life is of equal value. It’s purely coincidental that some murders become headlines and others statistics. The murders of Madeleine and Fredrik and Ulla and Carl and Kristoffer become headlines. The killings of Thanh and Rawan and Uma and Mohamed and Parham become statistics. Coincidence. Sheer coincidence.

Devote Wednesday to crushing their stereotypes. Get the best grades possible. Learn every word of the dictionary by heart. Perfect a convincing smile, ready to flash whenever someone mangles the pronunciation of your name, or misspells your name, or asks what your name really Try not to count how many of your acquaintances have come here and learned a new language from scratch, yet are still seen as unemployable because of a slight accent or an incorrectly deployed comparative. Keep quiet in restaurants when your old friends say that they are open-minded, but facts are facts, and we do actually have to remember who built this country. Someone says that this weekend, there were three Somalis at the public pool who. . .And someone else talks about two Romanian beggars who. . ..

Don’t make a fuss when your friends say that you’re different. You aren’t like them, it’s not your fault we’ve ended up in this mess. It’s the politicians’ fault. It’s the EU’s fault. Even a child can understand that open borders will end in chaos. Clench your fist in your pocket, smile, and say: I agree.

Dedicate Thursday to finding a way to capitalize on your background. Take part in music videos where the ad explicitly asks for “ethnic” background dancers. Write books and plays where people who look like you are romanticized and equipped with infinite patience. They never get angry because you never get angry. Develop a stand-up routine where you tell jokes about your background. Make fun of your mother’s accent, your dad’s hairy back, your brother’s talent for committing crime, your sisters’ heavy make-up, your grandmother’s religion. Tell the same jokes at diversity conferences organized by the council, without the curse words, but for triple the fee. Go home to your kids. Never reveal that you have spent yet another day making money by befriending the power structure. Never admit to anyone but yourself that you are oiling the machine of repression rather than rebelling against it, that what you thought was revolt was actually more like massage.

Friday’s focus is intense self-hate. Internalize their voices. Study yourself in the mirror and think evil thoughts about your hair, your nose, your skin color, your level of ambition, your success. It’s particularly important that you let your kids see this self-loathing, so that they, too, become infected with the same thoughts. Walk around town and think about how the nationalists are right when they claim that another world is impossible. The only way forward is backwards. There is nothing absurd about a system dedicated to allowing money, boats, cars, debts, apples, nose hair trimmers, and cell phones across borders, but not people.

On Saturday, something weird happens. You’re on the way to the grocery store with your kids, the three-year-old wants to walk by himself and the six-year-old only wants to walk on the white lines, so it takes slightly longer than usual to cross the street. There is an elderly man behind the wheel of one of the waiting cars. He sounds the horn. And you fucking flip. You jump up on the hood of the car and yell: “WHY IS NO-ONE TALKING ABOUT WHO BUILT THIS COUNTRY?! Our parents came here on buses from Turkey to build your trucks, they left university careers in Chile to sand your floors, they drove up from Poland to lower the prices of your bathroom renovations, they fled from your war in Iraq to work 18-hour shifts in your tobacco stores, they were journalists in Eritrea, surveyors in Indonesia, hairdressers in Ukraine, nurses in Kurdistan, revolutionaries in Uruguay, dentists in Romania, poets in Iran, car mechanics in Somalia, bartenders in Tunisia, they left everything to come here and drive your taxis, take care of your elderly, clean your windows, your hospitals, your restaurants; they’ve destroyed their backs, gotten their diabetes, suffered their depression, and now you’ve got the nerve to. . .(You only manage to say a fraction of this before two security guards haul you down from the hood (but you still have time to kick in the windshield and break off one of the wipers (and just before they force you to the ground you catch a glimpse of your kids’ faces (they look terrified (but also kind of proud))))).

Jonas Hassen Khemiri is the author of five novels, six plays, and a collection of plays, essays, and short stories. Khemiri’s novels have been translated into over thirty languages and have won many awards, including the August Prize, the P.O. Enquist Literary Prize, and the Borås Tidning Award for Best Literary Debut Novel for his first novel, One Eye Red.

How We Fictionalize Anger to Understand the World 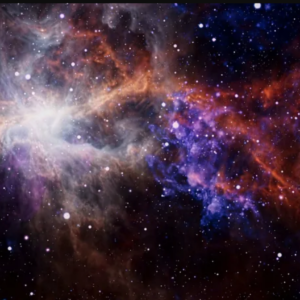 Rumi, Hawking What if our lives are an alien planet’s computer game? Or what if we’re the dreams they have in another...
© LitHub
Back to top