In Washington, DC, Celebrating the Eviction of Donald Trump From the White House

And Joy Was General Across the Capital

It was a blue November Saturday in Washington, DC, the afternoon turning warmer than expected. A few hours earlier, all the major news networks had finally called the presidential election, and along with thousands of residents I was walking south, down 16th Street, to celebrate.

At my left, a young woman in black tights was carrying a cardboard cutout of Kamala Harris. “Madame Vice President,” she chanted melodically. “Madame Vice Pres-i-dent!” Behind her a man in khaki shorts toted a life-size Joe Biden. “We’re taking him to the White House!” he called.

Our shared destination was a mile away. Over the last four years, Donald Trump had overseen a steady expansion to the boundaries of the executive mansion he currently occupies, barricading himself apart from the residents of a city who’d just voted to remove him from office by a margin of nearly 9-to-1.

That morning, Trump had departed for a golf outing in Virginia, and now upon his return there’d be no way for him to escape the sounds and sights of a crowd that had surrounded the White House to celebrate his removal from it.

We crossed U Street, the city’s historic central corridor. People carried noisemakers. Horns blared. Everywhere there was music, the songs coming from personal speakers, cars, and the windows of overhead apartments. I could make out Abba’s “Dancing Queen.” Sly & the Family Stone’s “Dance to the Music.” Chance the Rapper’s “Juke Jam.” In the middle of a gridlocked intersection, a woman opened her passenger door and stepped onto the street, where, to the chorus of NSYNC’s “Bye Bye Bye,” she threw up her hands and sang along.

Eventually we reached Black Lives Matter Plaza, the enormous yellow letters at its pavement obscured by the crowd, which was denser here. We were two blocks from the White House. People were waving American flags, as well as that of the city itself: three red stars over two thick red bars. They all seemed to be carrying signs: BYE DON. And: I’M SPEAKING. And: LOVE IS POWER. And: OUR VOTES COUNT. Someone walked by with an elaborate hand-written statement on a piece of white butcher paper:

I am an immigrant woman. I am gay-loving, racism-opposing, Muslim-respecting. I work hard and pay my taxes. My granddog is gay. I believe in science, democracy and human rights. A Latina!

At the intersection of 16th and H, a young man had climbed the street light; he was standing on the “Don’t Walk” signal with a piece of cardboard that read, YOU’RE FIRED!

Any minute now Donald Trump would be back from the golf course.

Off in the distance you could hear the steady beat of a drum. People kept cheering spontaneously. We were all wearing masks; over the course of the afternoon I don’t think I saw a person without one. Finally I reached Lafayette Square, its high chainlink cordon: the closest the public was allowed to get to the White House. It was here, in June, that unmarked representatives of government law-enforcement departments had stormed hundreds of peacefully protesting men, women, and children so that Donald Trump, holding a Bible, could pose for a photo op.

Any minute now Donald Trump would be back from the golf course. I hoped to catch a glimpse of his arrival. Over the last four years, I’ve spent an admittedly unhealthy amount of my time imagining moments along these lines—the drama of Trump’s comeuppance, of his passage to judgment through a city that’s rejected him from the start. But suddenly all that felt unnecessary. What was I looking for that I hadn’t already found? Until this instant, it had never occurred to me that voting Donald Trump out of office—an electoral victory, free from the accompanying drama of a sudden abdication or resignation or coup-like twist—would, in contrast, make all these previous acts of speculation feel not just indulgent but irrelevant: relics of a narrative that can never compare to the one we’re living through, now.

As I left the White House and headed north, back along 16th Street, thousands of people were still streaming in. Passing these new arrivals, I kept feeling as if I recognized someone familiar. A friend, a former colleague, an old love interest, even a cherished family member. At first it felt unsettling. But after a while I began to understand. All this time I’d been smiling at each of these newcomers—assuming that such a gesture was doomed to be obscured, as usual, by the mask I was wearing—but in response, and despite the blankness of their own masks, they were each somehow offering the very same smile of recognition back at me.

What can I say? I wished them well. I believe they felt the same. That’s the kind of day it was. It’s hard to imagine another like it anytime soon. 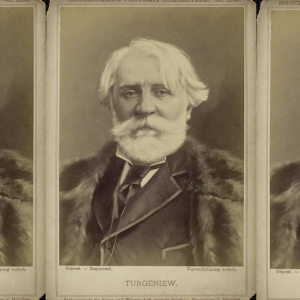 “What I’ve learned over the years is that I write about complicity. This transcends the Brooklyn stuff, the science-fiction,...
© LitHub
Back to top