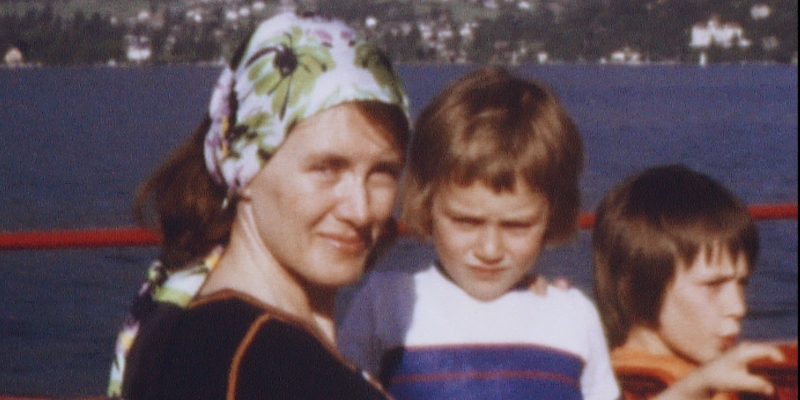 In The Super 8 Years, Annie Ernaux Drifts Between Domesticity and Creativity

Julia Sirmons on Maternal Performance and the Growth of an Artist, Captured in Family Home Movies

In The Years, Annie Ernaux’s 2008 “impersonal autobiography” (translated by Alison L. Strayer), she describes a home movie of her and her two sons. “None of the three knows what to do,” she writes. “One might almost say they’re posing for a photograph that won’t stop being taken.” In both The Years and A Girl’s Story (2016, also translated by Strayer), Ernaux’s contemplations of old photographs (which she calls “freeze frames on memories”) are continuous and essential. These images from the past highlight what she remembers, but also what she cannot be sure about. She feels less at home with moving images and their ceaseless motion—they seem to provide her with more while revealing less.

The Super 8 Years, a film made by the newly minted Nobel Laureate and her son David Ernaux-Briot, looks at a decade’s worth of their family’s home movies. In it, Ernaux the memoirist expands into a new medium—though the ways that the moving image constrains and even conceals her may paradoxically reveal more about Ernaux the writer.

Ernaux’s role in The Super 8 Years is still that of author more than director. She wrote and performed the film’s voiceover narration, while Ernaux-Briot edited the footage. Her authorial voice, as she tells the audience in voiceover, is essential to the film: the silent images need words to explain them. Her ex-husband has died, so she is the only person who can provide an adult (therefore totalizing) perspective on the movies. But the dynamics of visual analysis are different on the screen than on the page.

Even when Ernaux writes about a photograph that is clouded in mystery, she describes, rather than shows, the image to the reader. She alone chooses the details (a hairstyle or a smile) to focus on. When the moving image itself is present before an audience, it is still only a fragmentary portrait of Ernaux’s past self. But film’s illusions—the impression of physical movement through a series of still images, its false sense of a constant present tense—make us co-interpreters of Ernaux’s past.

Part of what makes the film both a compelling and sometimes disappointing extension of Ernaux’s literary project is her relatively minor presence in the film. The reader of A Girl’s Story might miss the lack of searingly honest personal details, such as accounts of unsatisfying sexual encounters or the ruthless cycle of bulimia. There is little of her generation’s evolution of feminist consciousness from The Years which, while frequently told in the third person, feel intimate in their details.

In The Super 8 Years, Ernaux is often distant or absent. While her two sons mug and show off for the camera, she stands in the background or off to the side. She’s an almost sheepish, specter-like figure who smiles awkwardly before retreating out of the frame or looking off into the distance. (In The Years, she admits to being “disturbed” by her own image on the screen.) As Ernaux is both the film’s narrator and a celebrated author, spectators can be forgiven for willingly imbuing her semi-presence with a meaningful aura. Yet on-screen Ernaux has an innate and aloof charisma, even if it is instinctively amplified by the viewer.

One might also feel a sympathetic connection with Ernaux as an uneager participant in home movies, and be drawn in by the woman who refuses to offer all of herself to the camera. In footage where Ernaux is meant to be showing off her big Christmas gift, a fur coat, she poses awkwardly against a wall while her voiceover gently mocks the haute-hippie garment as a bourgeois affectation. In this moment, the images resonate with Ernaux’s writerly preoccupations: her past self as an elusive subject, and the search for identity in objects commonly coveted by the rising middle class of her generation.

This woman, she notes of her younger self, does not yet know that her first novel will be published.

Ernaux’s narration is sparser on details than much of her written work. This makes sense: we have the images to look at, and oral delivery of dense text would doubtless be difficult to digest. Yet it can feel like the Ernaux of Super 8 Years wants to shield herself from scrutiny more than she has done in her writing. In a way, seeing Ernaux on the screen explains why exploring old images of herself proves such a fruitful technique in her books. That the on-screen Ernaux offers little to the camera leaves room for the type of speculation about subjectivity that makes Ernaux-the-writer a poet of the mysterious past.

There is also something like protest in Ernaux’s sheepishness before the camera. Perhaps it is a refusal to appear in the domestic frame. These home movies were mostly filmed by Ernaux’s ex-husband, Phillipe. She notes that his position behind the camera and hers in front of it constituted a gendered division of roles she didn’t consider at the time. Here Ernaux is often—and not always by her own choice—subsumed into the “we” of the family unit.

The Super 8 Years opens with footage of Ernaux returning home after grocery shopping, an image that resonates with the way she marks the passage of time with trips to the hypermarché in The Years. She seems uneasy beneath that half smile. Was she ambushed by the camera on the way in the door, pried out of the rhythms of everyday life? Or annoyed because she’s been asked to “perform” for the camera after already performing domestic labor? How much is Ernaux absent from the home movies because of a natural shyness? Or did she have too much to do while everyone else was having fun?

The story of this particular family and its self-documentation makes Ernaux more of a collaborator with the men in her life; she cedes some of the writer’s absolute authority. It’s too simple to label Phillippe’s rendering of Annie as a product of some “male gaze.” The role she’s playing here is less an eroticized ideal of mainstream cinema and a more complicated (if also stereotypical) part of “mother” in the home movie “genre”: bemusedly scolding her children’s antics, well rested and returned to herself on sunny vacations. The conversation—and perhaps a struggle for authority—between her ex-husband’s footage, her son’s editing, and her own narration hints at the relationship between domesticity and a woman’s creativity.

Here Ernaux is often—and not always by her own choice—subsumed into the “we” of the family unit.

Having lived with the family for much of this period, Ernaux’s mother is a brief but significant presence in The Super 8 Years. She’s captured cheerfully and fleetingly, as if she’s just come out of the kitchen wearing the floral apron-cum-housecoat that was de rigeur for European grandmothers of a certain era. Ernaux’s voiceover is particularly revealing when she describes how her mother irritated her even as she provided indispensable help with the household and children, and how she left as Ernaux’s marriage started disintegrating.

No real sense of the relationship between the two women, or the two keeping house together, comes through in the film. It’s as if the stuff of housekeeping, and the rapport between a mother and her grown daughter, were material that Philippe deemed unworthy of capturing.

Ernaux’s memoirs, and the authority of her often-detached voice, are deepened by her constant sense of self as an author. In A Girl’s Story, her writerly ambitions burn with the intensity of youth; in The Years, she describes her struggles to write the very “impersonal memoir” that we are reading. Likewise, in The Super 8 Years, Ernaux imbues quotidian images with pregnant meaning as she relates them to the arc of her writing life. This woman, she notes of her younger self—bronzed and clad in silk, looking away from the camera—does not yet know that her first novel will be published.

With the false present tense of the moving image, the on-screen woman whose destiny remains undetermined but is now known to us (and to Ernaux) fills our minds as we observe her distracted gaze. Suddenly, Ernaux’s aloofness and reticence are fleshed out: her essential self, that of the writer, makes her seem less aloof and more possessed by a full and demanding inner life. Her remove in the images becomes the picture of a writerly mind, one constantly at that certain distance that makes her writing so incisive.

Later, as we see footage of the family on a ski holiday, she mentions that she never skied but took the time to work and write. There’s footage of her bundled up at a table on a deck; she looks at the camera cheerfully. In The Years, she writes of another home movie in which her “smile comes too late to be spontaneous.” It seems at times as if the distance of the on-screen Ernaux implies the presence of Ernaux the writer. Or perhaps her distance suggests something about how she is seen by the men in her life, her collaborators in the film. Does it reflect the perspective of the ex-husband from whom she was growing apart, or the son for whom the parent always maintains a bit of mystery?

In the different valences of cinematic interpretation—between director, editor, and author—Ernaux emerges as both someone we recognize and someone we don’t. The intriguing appeal is that somewhere beneath the quotidian images of maternal performance, we are watching a writer develop before our very eyes.

Julia Sirmons writes about film, media, and performance. Her work has appeared in Slate, The Los Angeles Review of Books, and Bright Wall/Dark Room, among other publications. She has a PhD in Theatre and Performance from Columbia University. 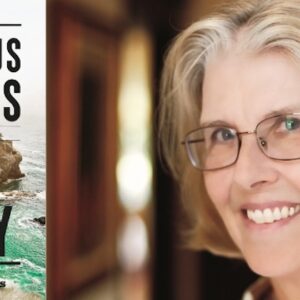 Jane Smiley is a master of plot, with multiple awards for her novels, including the Pulitzer Prize and National Book Critics...
© LitHub
Back to top