In the Name of Love: How A Punk Rock God Snuck Into My Romance Novel

Seth Kaufman on the Origins of His Hero’s Name

I was getting nervous.

A major moment for any romance writer was bearing down on me: I was about to introduce the love interest for one of my two heroines and I needed to name him.

And that’s when I realized I had screwed up.

As a rule, romance novel leading men need a great, or at least good, name. Would a Mr. Darcy be as suitable a catch if Jane Austen had called him Mr. Tuttlebert? Would Christian Grey have the same allure if E.L. James had dubbed him Melvin Wheeze?

My big mistake was that I had already used Lance. Earlier in The Seductive Lady Vanessa of Manhattanshire, the titular Lady Vee, an unabashed and unhinged romance junkie, meets a love-lorn young man. I had invented this guy—Lance—to serve as a handsome straight man. His job was to tell a tale of lost love so that Lady Vanessa would erupt with a vast trove of misguided romantic advice and try (and fail) to fix his shattered relationship.

And that’s pretty much what happens.

Except first Lady Vanessa gets all hot and bothered by the mere mention of the name Lance. She regards those five letters as the manliest moniker known to bodicedom and drifts into a reverie about Lance as a truly carnal signifier, not just a name but a piercing noun and verb.

I could have changed sad Lance’s name to, say, Tristan, but Lady Vanessa’s musings were too good—at least to me—to cut. So Lance-the-straight man was in. I needed to look elsewhere to christen the book’s new heartthrob.

And speaking of heartthrobs, I figured Hart would be a good last name for a true love. It was obvious, sure, but a rock-solid start. Now, I needed a worthy perfect first name. Then it hit me:

It was a no-brainer. You can see him, right? Tall, broad shouldered, strong jaw. Dark hair. Earnest, real, attentive. I’ll let you choose the color of his compassionate eyes.

And, like Lance, Grant Hart was not just a name, either. As Grant’s paramour Aisha Benengeli explains, Grant Hart is “a declarative sentence.” A name, in other words, that says, let love rule.

The solitary pursuit of writing sometimes invites self-congratulation. I admit it: I was very pleased with Grant Hart. I had come up with an inspired name that could go the distance. It deserved to be in a satirical romance novel—a love story that aims to celebrate the genre in all its brilliance and absurdity.

But the next day, I realized the source of my so-called genius: real life. I hadn’t invented Grant Hart. He already existed. I’d even seen him perform. Somehow, in my creative jag, I’d forgotten the source of my inspiration.

The original Grant Hart was a true rock n’ roll hero. In 1979, he co-founded Minnesota’s legendary Hüsker Dü, a trio whose blistering, catchy post-punk sound paved the way for alternative and grunge rock.

In 1984, the band’s Zen Arcade, a seething, ambitious two-disk concept album about a runaway, achieved near universal acclaim, with both Hart and Hüsker Dü co-founder Bob Mould saluted for songs that transcended hardcore’s limitations. Hart, a singing, song-writing, bare-footed drummer who dabbled in guitar and keyboards, was arguably a progenitor of Nirvana drummer Dave Grohl, who later traded his kit for a guitar to lead Foo Fighters. In fact, Foo Fighters covered a Hüsker Dü tune penned by Hart, “Never Talking to You Again,” and Green Day covered his “Don’t Want to Know If You Are Lonely.”

Other than his name, my fictional Grant Hart—who leaves the woman he loves when she asks him to and then thinks about her every day for years while he helps farmers in the developing world—has nothing in common with the real genius-and-drug-plagued musician.

Using the name Grant Hart in her story began to feel like a happy accident.

That Grant Hart had an acrimonious, band-ending 1988 split with Mould. Hart’s subsequent solo debut album, Intolerance, remains an underrated gem. He strapped on a guitar and fronted a new band, Nova Mob, but it never gained traction. Eventually, he cut down on performing, got sober, and worked as a graphic artist.

In 2013, he released the third concept album of his career (The Argument, based on John Milton’s Paradise Lost) and was the subject of Every Everything, a brave, clear-eyed documentary about his life. Then he got sick. He died, a brilliant troubadour, in 2017 of complications from liver cancer.

When I realized I’d given my character the purloined name of rock hero—I wondered if I needed to find a replacement.

But then I remembered something, and it made me think the late, great Grant Hart might totally dig having his name in my book. In a way, he belongs there.

That’s because Grant Hart is the only songwriter I can think of to sing about reading books. Paul McCartney sang about writing (or arguably, publishing) in “Paperback Writer.” So did Elvis Costello in his witty “Every Day I Write the Book,” but Grant Hart sang about reading. The song—a rollicking, piano-charged ditty—is called “Books About UFOs.” This is the opening line:

Walking on the sunny street to library
Checking out books on outer space.

Hart sings about a girl eating oranges, reading books and sitting in a lawn chair on her roof staring at the sky. Cue the joyful chorus:

She tells the same old story to everyone that she knows
She’s just sitting in her room reading books about UFOs.

There you have it: an ode to reading, a portrait of an obsessive devourer of… well, Hart isn’t very specific. I like to think she’s reading science fiction, astronomy and histories of alien sightings.

As it happens, The Seductive Lady Vanessa of Manhattanshire mines similar territory. My Lady Vee is addicted to romances and sees the world through the prism of her beloved books. Using the name Grant Hart in her story began to feel like a happy accident. A fitting coincidence. A literary meet-cute engineered, perhaps, by my own unconscious.

“Books About UFOs” ends with the singer—Grant Hart, anyone?—resolving to find a planet and name it after the girl in his song.

Thinking about this out-of-this-world romantic gesture, I realized there was no way I could change my fictional hero’s name. It was even more perfect than I had initially thought. It wasn’t theft; it was a tribute.

I had to Grant Hart. 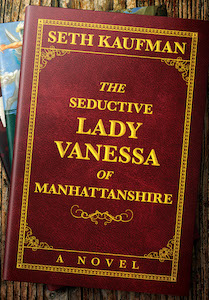 The Seductive Lady Vanessa of Manhattanshire, by Seth Kaufman, is available now for pre-order.

Seth Kaufman began his career as a copyboy at the New York Post, where he eventually became a reporter for the paper's infamous Page Six. In 1995, he joined and launched TVGuide.com, and continued his digital career as the Editorial Director and VP of Merchandising at BN.com. He's written ten books, consulted for a number of publishing ventures and startups, and written for The New Yorker, Time Interactive, Raw Story, the National Enquirer and more. 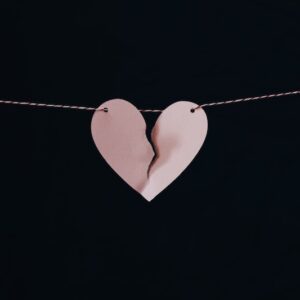 Something sharp twisted inside my chest—I can point to the exact spot—and whatever air had been sitting in my lungs was suddenly...
© LitHub
Back to top
Loading Comments...