Before his death at a Siberian transit camp in 1938, Osip Mandelstam famously uttered, “Only in Russia is poetry respected—it gets people killed.” Today, Mikhail Bulgakov is one of the most iconic Russian authors. But his life as a writer in Moscow from the early 1920s until 1940 was replete with informants and searches, censorship and secrecy, until it ended suddenly and tragically at the age of 49. He’d spent his last 12 years working on a novel in secret—The Master and Margarita. He considered it his masterpiece. His widow, who was the inspiration for his Margarita, recognized the inherent danger of his satirical portrayal of Soviet bureaucracy and hid the manuscript until after the death of Stalin. Heavily censored, The Master and Margarita first appeared in serialized form in 1966 and 1967. Only in 1973 was it published in its entirety. It has been translated into every major world language and rendered in countless film and television and stage productions. It has been cited as the inspiration for The Rolling Stones’ “Sympathy for the Devil.”

And while many focus on Bulgakov’s posthumous triumph, the examination of his entire career raises another pressing question: Faced with constant censorship and artistic oppression, why did he continue to write? Over the span of two decades, he wrote dozens of short stories, four novels, and ten plays. Yet after his first success, the play The Day of the Turbins, he published or produced little else, and from his letters, his notes, and his wife’s diary, we can witness the heartbreak this silence engendered. He received commissions for and wrote plays—and directors like Konstantin Stanislawski and Vsevolod Meyerhold begged to work on them—only to be barred from performance. Some of his work was smuggled abroad and gained popularity, but Bulgakov was repeatedly denied permission to emigrate. In a letter to the Soviet government, he wrote, “not being allowed to write is tantamount to being buried alive.” Perhaps the government thought they could silence him. Perhaps they thought they’d succeeded.

Certainly there was reason for writers of that time to be circumspect—Mandelstam was arrested and exiled because of a poem. Maxim Gorky, a five-time nominee for the Nobel Prize in literature, was placed under house arrest, only to disappear a short time later under mysterious circumstances. Meyerhold was arrested, tortured, tried, and executed by firing squad, as was Isaac Babel. Boris Pasternak was one of the very few who was spared; Stalin himself drew the line through his name, saying, “Don’t touch this cloud dweller.”

Bulgakov admitted to burning an early draft of The Master, though one suspects this was predominantly motivated by frustration. Indeed, he seemed to be somewhat lacking in fear. His writing was unapologetically opposed to Bolshevik ambitions. His novel Heart of a Dog mocked the new Soviet man as a macabre experiment gone terribly wrong. His play A Cabal of Hypocrites examined the struggles of Moliere to negotiate his artistic ambitions with the orthodoxy of powerful Catholic leaders and the tepid support of his patron King Louis XIV. His play Crimson Island used Jules Verne’s characters to paint the Revolution as a squabble between exploited natives and aristocratic colonials.

In a letter to the Soviet government in 1930, Bulgakov described Crimson Island as a call for creative freedom. “I am a passionate supporter of that freedom, and I consider that if any writer were to imagine that he could prove he didn’t need that freedom, then he would be like a fish affirming in public that it didn’t need water.” He further pointed out that of the 301 references to him in the Soviet press, 298 of them were “hostile and abusive.” He quotes the Komsomol Pravda in particular, “Bulgakov, ONE OF THE NOUVEAU BOURGEOIS BREED, spraying vitriolic but impotent spittle over the working class and its Communist ideals.” Bulgakov himself had typed the clause in all capitals.

Like any modern political group, Stalin’s regime was predominantly interested in propagating their own version of truth. It’s unclear if it was Gorky or Stalin himself who coined the term Socialist Realism, but they called upon writers to craft stories imbued with it, portraying the heroism and splendor of the proletariat. The artist should depict Soviet life not realistically but aspirationally, with the larger goal of engineering a new culture. Stalin recognized the power of ideas—to influence and to promulgate lies, to maintain one’s power and to topple others. Those with political aims are only too happy to use ideas as weapons and thwart those whose ideas would endanger them.

There is speculation that Stalin may have actively protected Bulgakov from the gulag, as he had done with Pasternak. Stalin was certainly a fan of The Day of the Turbins. Records from the Moscow Arts Theater show he attended no less than 15 performances, despite its temporary ban by the Soviet Repertory Committee and their refusal to allow its production in other cities. This strange fealty may be what caused Bulgakov to propose a play based on the life of Stalin. Batum was set to depict the dictator’s rise between 1898 and 1904. It would have been an opportunity to delve into those themes Bulgakov loved: the interface between good and evil, conscience and betrayal. He may have desired to covertly explore the space of his own relationship with the man who had so indelibly shaped his writing career. Additionally, he could deliver a piece veiled as Socialist Realism; under that veil, he’d have some hope of seeing his work on the stage.

Undoubtedly, Bulgakov was aware of his waning health; he’d been a practicing physician before he had turned to writing. He may have seen this as his last opportunity. The directors of the Arts Theater were eager for such a work, which they hoped to stage in honor of Stalin’s 60th birthday. Stalin, however, had no interest in an interpretive depiction of his life story and put an end to that ambition. In fact, Bulgakov, his wife, and others from the theater were en route to the production when they received the news of Stalin’s disapproval and instruction to return to Moscow at once. Bulgakov was shaken; he and the rest were convinced they would be arrested immediately. They were not, but it was this blow that caused Bulgakov’s health to collapse, and he died within the year.

A year to the day before his death, Bulgakov wrote a letter to the Vikenty Veresayev about his continued desire to write despite these seemingly insurmountable obstacles:

At the moment I am engaged on a job that is entirely senseless from the point of view of everyday life—I am doing a final revision of my novel. All the same, however much you might try to throttle yourself, it’s difficult to stop seizing your pen. I am tormented by an obscure desire to settle my final accounts in literature.

What were these final accounts? What did Bulgakov accomplish in The Master and Margarita? What was so important to say that it outweighed these known risks?

On the surface, the book is a satire of Soviet antics and recriminations through the lens the devil visiting Moscow. Below this layer, however, The Master and Margarita is a Faustian tale of a writer and his struggle to publish his life’s work. It’s the story of a man questioning the purpose of striving when happiness seems forever unobtainable. It’s a work of historical fiction, a deep and moving exploration of the cowardice and guilt of Pontius Pilate’s betrayal of Jesus. It aligns two worlds—Stalin’s Moscow and Caesar’s Jerusalem—in its depiction of the dictators’ omniscient presence and the consequences for individuals living beneath them. It’s the story of the writer and his muse, told in the rich Russian tradition; it shows loss and the redemptive power of love as well as anything rendered in Doctor Zhivago and Anna Karenina, replete with all of the intricacies and foibles of humans in relationships.

Bulgakov’s world was one of bureaucratic headaches, comedic ironies, and breathtaking betrayals committed by people who under any other circumstance could have lived and died in blissful ignorance of their capacity for atrocity. He was granted particulars that made for delicious satire, and he used them. His leaders sought to simplify their story, to “sell” it, to tell it in sound bites of caricature and generalization. Bulgakov’s desire was not necessarily to change the world, but to reveal it with all of its complexity and humor and horror. Perhaps more fundamentally, he wanted to transform its messiness into something lasting and beautiful, and in doing so, show truth. Truth was worth the difficulty, the danger, the silence imposed—he could not stop seizing his pen—even if these accounts could only be settled years after they had seemingly defeated him.

Julie Lekstrom Himes' short fiction has been published in Shenandoah, The Florida Review (Editor's Choice Award 2008), Fourteen Hills (nominated for Best American Mysteries 2011), and elsewhere. Mikhail and Margarita is her debut novel. She lives with her family in Marblehead, Massachusetts. 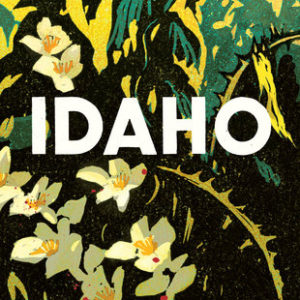 2004 They never drove the truck, except once or twice a year to get firewood. It was parked just up the hill in front of the woodshed,...
© LitHub
Back to top