On the "Fair Chase" vs. the Factory Farm

The American sport hunter by the late 19th century honored the code of fair chase, killing animals only under conditions in which they had a chance to flee, a sensibility that helped transform hunting’s spokesmen into leaders of the early conservation movement.

However, many outside the hunting community have become less patient with even the most ethical forms of fair chase hunting and decry it as grossly unfair: the hide of the swiftest fleeing animal, after all, is ultimately defenseless against a bullet fired from a high-powered gun. Killing animals under any circumstances is unjust, animal rights advocates argue, because animals possess a moral right to their life just as we do to ours. But special contempt is reserved for those who kill for sport or recreation, and has been since at least 55 BC, when the audience in a Roman arena protested the slaughter of 18 elephants in a staged “hunt.” Cicero, who was present, was led to ponder, “What pleasure can a cultured man get in seeing . . . a noble beast run through by a hunting spear? . . . The whole affair was attended by a sort of pity, and a feeling that these huge animals have something in common with humankind.”

Human attitudes toward animals are being transformed today by what scholar Kimberly Smith has termed a “the process of ethical extension.” From family to tribe, from neighborhood to nation, man grows in his discernment of his impact on, and his connectedness to, the greater world. In theory at least, the lives of all human beings have become inviolable. But can such moral perception and grace be extended to non-human creatures as well? This recognition would supersede the humanitarian approach to modern animal welfare pioneered by Henry Bergh and his fellow 19th-century reformers, and surpass the more modern well-meant demand that animals raised and kept for slaughter be allowed a “cage-free” or even “free-range” life. It is, rather, a leap of ethical consciousness to the understanding that man no longer be considered the center of the biological universe, and that far greater humility need characterize his dealings with nonhuman beings.

Of course, while human consideration of animals’ role in the world has become more enlightened, no one believes we’ll arrive anytime soon at an enchanted age for animals. What can be said is that increasingly the distinct otherness of the “brute creation” seems more intriguing, more pleasantly enigmatic. We treasure animals’ steadiness as well as their eccentricities, and are enriched by them—the companions we consider family, the “liminal wildlife,” such as squirrels, birds, and chipmunks, that we encounter daily in city parks and backyards, or the wild animals that live deep in the woods or in the sea, which we seek out at times but that, for the most part, please us simply by the fact of their being: it’s enough to know they are there. Then there are the billions we think of not so much at all, the doomed, muffled phalanx, the living assembly line of animal protein with hooves or wings (appendages they hardly need). Our knowledge and tolerance of this world of unimaginable suffering weigh upon us and are sources of profound anxiety.

It is one thing to recognize that animals deserve our respect and protection and have a right to the life they were intended by nature to live, and to vow that we, with growing sensitivity, are groping toward ways to end the abuse they suffer. But how do we square such noble aspirations with the reality of the country’s meat industrial complex, a system supported by the 96 percent of Americans who eat meat at least once a week, and which some critics have described as nothing less than the largest infliction of pain and suffering on living beings ever carried out in human history? That’s a claim that deserves serious reckoning.

Ironically, in terms of their proliferation, industrial animals must be considered the most “successful” on earth; while it is estimated that the world contains about 40,000 lions, 500,000 elephants, 50 million penguins, and 200 million dogs, a census of factory farms would find 1 billion domesticated pigs, 1.5 billion domesticated cows, and 20 billion chickens. What this means is that all the world’s animals that live in the wild, or in zoos, as house pets or beasts of burden, taken together, would still constitute a minority compared to those “meals-in-waiting,” the living agricultural products whose entire (and very brief) life takes place entirely along the industrial farming production line.

“We devote far more thought to choosing between ‘Buffalo-style’ wings and Jimmy Dean Sausage Crumbles than the system that produces them.”

Moral arguments against this system seem unlikely to change it, despite the advent of some “humanely raised” or “free-range” alternatives, and while experts theorize it could eventually collapse from ecological and economic stresses, it is for the moment too efficient, affordable, and ingrained. We devote far more thought to choosing between “Buffalo-style” wings and Jimmy Dean Sausage Crumbles than the system that produces them. Someone clicking TV channels at almost any time of day will find with ease a nature show featuring hushed narration and wild animals in their natural environment, but the nauseating undercover footage of what passes for normal at industrial farms, as ethicist Peter Singer comments, “is limited to the briefest of glimpses as part of infrequent ‘specials’ on agriculture or food production. The average viewer must know more about the lives of cheetahs . . . than he or she knows about the lives of chickens or veal calves.”

Were we even “meant” to eat our fellow creatures? Biographer and essayist Plutarch reminded his fellow Greeks 2,000 years ago that humans have “no curved beak, no sharp talons and claws, no pointed teeth,” and he dared them to try and “kill yourself what you wish to eat—but do it yourself with your own natural weapons, without the use of butcher’s knife, or axe, or club.” Many biologists since Plutarch’s time have echoed his complaint: while animal carnivores have a set lower jaw for stability and sharp incisors for tearing meat, human teeth appear designed for munching fruits and grinding vegetables, our hands designed to pluck fruit from trees. Yet paleoanthropologists concede that proto-humans at some point recognized that plant nutrients were stored in the bodies of herbivores, creatures that could with crude, sharp weapons be stalked and slain, the takeaway being more efficient, high-caloric, high-protein meals. There’s evidence that the iron and vitamin B-12 found in meat products are essential to human health. We are “behavioral omnivores—that is we eat meat,” writes wellness activist Kathy Freeston, “but our evolution and physiology are herbivorous, and ample science proves that when we choose to eat meat that causes problems, from decreased energy and a need for more sleep to increased risk for obesity, diabetes, heart disease, and cancer.” But absolute agreement on this subject, in lieu of greater scientific certainty, remains elusive.

If your primary concern is for animal welfare and wildlife conservation, however, it’s hard to escape the trauma that any type of domestic farming wreaks on the environment. One reason DIY hunters themselves cite for joining the chase is the awareness that any type of agriculture, however green or organic, inadvertently destroys animal lives. “One may . . . abhor all meat-eating on the grounds of cruelty,” writes hunting scholar Mary Stange, “but in a single sunny afternoon, a farmer plowing a field wreaks more carnage, in the form of outright killing and the destruction of nests and mating areas, not to mention the impacts of pesticides and herbicides on wildlife, than the average hunter does in a lifetime.”

Tovar Cerulli, whose well-regarded book The Mindful Carnivore describes his awakening to the virtues of the hunt, reflects that “the mere fact of living, I had begun to realize, linked me to larger webs of life and death. Regardless of what I did, whether I liked it or not, I had an impact. No matter what I ate, habitats had already been sacrificed. No matter what I ate, animals would be killed.” As Kentucky-born novelist Barbara Kingsolver recalls, “I’ve watched enough harvests to know that cutting a wheat field amounts to more decapitated bunnies under the combine than you would believe.”

If humankind’s presence alone causes animals to die, it might lend credence to the hunter’s claim that as man is already deeply involved in animal destruction, hunting is simply its most honest manifestation. “Hunting made me realize that there’s a lot that has to happen before that piece of meat gets to your plate,” observes Georgia Pellegrini, a professional chef and author of Girl Hunter: Revolutionizing the Way We Eat, One Hunt at a Time. “As a chef, I wanted to participate in that process because it makes the experience more meaningful. You think about the ingredients differently, you think about the experience of eating it differently, and you have more control over how the animal was treated.” Most DIY hunters cite the importance of this closeness to the killing process. They rebel against eating industrial meat, in part, because of how thoroughly that system severs all human relationship with the animal world. “The supermarket,” notes naturalist Richard Nelson, has become “an agent of our forgetfulness.” 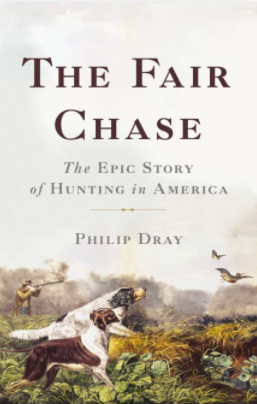 Excerpted from The Fair Chase: The Epic Story of Hunting in America by Philip Dray. Copyright © 2018 by Philip Dray. Available from Basic Books, an imprint of Perseus Books, a division of PBG Publishing, LLC, a subsidiary of Hachette Book Group, Inc.

Philip Dray is the author of Capitol Men: The Epic Story of Reconstruction Through the Lives of the First Black Congressmen and At the Hands of Persons Unknown: The Lynching of Black America, which won the Robert F. Kennedy Book Prize and the Southern Book Critics Circle Award and was a finalist for the Pulitzer Prize. Dray lives in Brooklyn, New York.

The 20 Best Literary Adaptations to Watch on Netflix Tonight 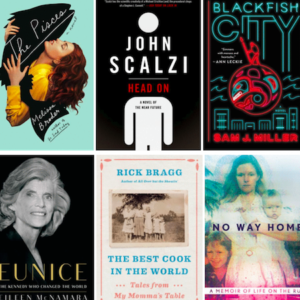