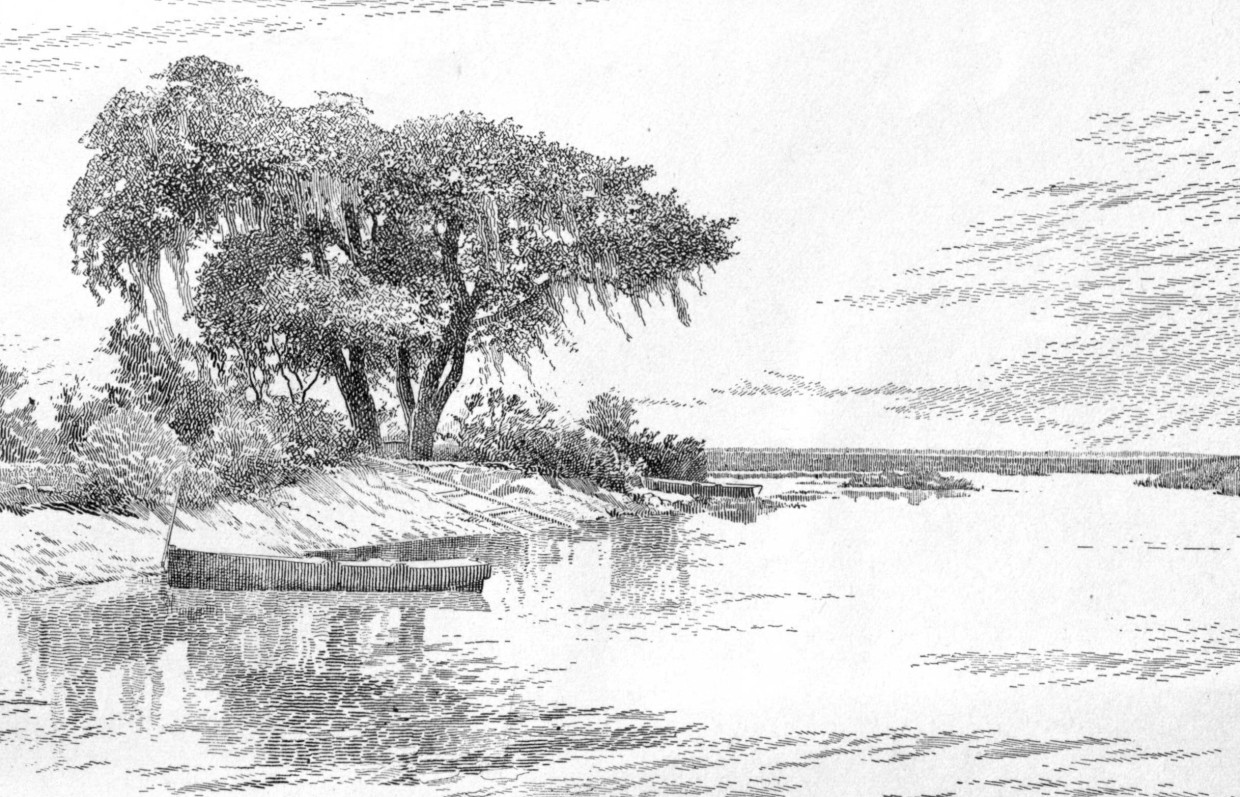 In Search of the Literary South

Late-night bourbon at the Celebration of Southern Literature

It’s approaching midnight in a drab hotel hospitality suite in Chattanooga, Tennessee, and Rita Dove and her husband are waltzing graceful circuits around the liquor table while a trio led by Clyde Edgerton plays gospel and bluegrass tunes. About a dozen other writers, including Ron Rash, Charles Frazier, Tayari Jones, Jill McCorkle, Randall Kenan, and Jayne Anne Phillips, are chatting and telling stories or singing along with Edgerton. There’s some fairly energetic drinking going on, but this is a well-behaved party, as amiable and relaxed as a gathering of old friends because that’s pretty much what it is.

This convivial scene happened last Friday night during the Celebration of Southern Literature, a three-day public conference held every two years in conjunction with the regular conclave of the Fellowship of Southern Writers. By day the writers do the usual literary festival duties—readings, panel discussions, book signings—and take care of organizational business; by night they like to socialize among themselves, often talking and drinking into the wee hours. The connections between many of them go back decades, long predating their inclusion in the Fellowship. The biennial get-together functions as a sort of tribal reunion.

The FSW was organized by an august group of writers, critics, and historians to “recognize and encourage literature in the South.” Eudora Welty, Ernest J. Gaines, Robert Penn Warren, and Shelby Foote were among the founding members. By charter the group is limited to 50 active fellows who are invited to join on the basis of literary achievement. Members must be natives or long-term residents of the region or “have written works that in character and spirit embody aspects of the Southern experience.”

Exactly what qualifies as “the Southern experience” is, of course, a somewhat tricky question, and trying to puzzle it out was, as always, a major topic of discussion at the conference. The South of 2015 bears little resemblance to the South Eudora Welty and Robert Penn Warren grew up in. The region has changed considerably even since the FSW’s inception in 1987, when today’s youngest member, playwright Katori Hall, was just six years old. Economically, demographically, and culturally, the “New South” has been continually evolving for many decades now, and general consensus on the ground here is that change will only accelerate in the years to come.

But while the writers in Chattanooga were quick to acknowledge that the region is very much in flux, that fact doesn’t seem to hinder their feeling that the South retains its distinctiveness, and most of them readily embrace a Southern identity for themselves. Tayari Jones, an Atlanta native who now lives in Brooklyn, was inducted into the Fellowship this year and opened her reading by saying “I’ve been a Southerner all my life.” George Singleton, another new Fellow, gave an emphatic “No!” when asked if being labeled a Southern writer was at all problematic for him. “Labels. Who cares?” he said. “I’m proud of it, to be honest. Look at the history. I’m calling Flannery O’Connor a Southern writer, and I’m calling George Singleton a Southern writer—that’s ok by me.”

Kevin Young, a non-Fellow who was on hand to receive the Donald Justice Award for Poetry, one of several prizes the Fellowship hands out at the conference, had a more measured response to the question of whether he’d call himself a Southern writer. “Well, yes and no,” he said. “I’m definitely a writer from the South in the sense that my parents are from there, and I write about the South and live there now. I didn’t grow up there, but two out of three ain’t bad.” Another award winner, playwright Branden Jacobs-Jenkins, who has roots in Washington, D.C. and Arkansas, noted during a panel discussion that while he doesn’t necessarily object to the Southern label, a regional identity isn’t part of his notion of himself. “For all I know I’m from Mars,” he said.

Among the writers who do feel themselves to be somehow essentially Southern, there’s a pretty high degree of comfort with the idea that the regional influence inevitably flows from the writer to the work, shaping its perspective. As Ron Rash, a writer indelibly associated with Appalachia, put it, “I think the region anyone’s born into or lives in has to affect one’s perception of the world.” He’s quick to point out that the powerful influence of region is in no way a limitation. “I think Eudora Welty put it best when she said ‘One place understood helps us understand all places better.’ If you go deep enough into one place, you hit the universal,” he said. “The writers here write wonderfully about the South, and at the same time their work transcends the region. Almost everybody here has an international readership.”

“The South is the region of the country that asks the hardest questions. We have always been aware of ourselves as fighting for freedom, struggling to perfect our Union.”

Madison Smartt Bell, a Tennessean by birth who received wide acclaim for a trilogy of novels set in Haiti, agrees with Rash, and said, “Being a Southern person conditions the way you think and write, whatever you may be writing about.” In other words, Southerness is something a native can’t necessarily shake just by choosing to focus attention elsewhere. The region’s enduring obsessions—race, religion, history—often inform a writer’s choices even when they seem to have been put aside. “I spent 20 years writing about the Haitian revolution, not a particularly Southern subject,” said Bell. “I was probably close to the end of the first book before I figured out that it was a way for me to write about slavery without writing about my own ancestors’ involvement in slavery.”

Ultimately, though, it’s not perspective or subject matter that continues to set Southern writing apart. Rather, it’s the high value placed on language, especially the lyrical quality of spoken language. “Southerners have a long tradition of not liking formal language,” said Josephine Humphreys. “Even the writers—not counting William Faulkner—tend to like the language as spoken, rather than academic or highly literary language. But they can make a literature out of plain language.” Steve Yarbrough, a Mississippian who has spent much of his adult life in California, Massachusetts, and Poland, noted that the Southern literary sensibility was, and still is, shaped by the Scots-Irish and African American musical and oral storytelling traditions. He sees the richness of Southern speech as a unique resource in his work. Though he takes pride in the fiction he has set outside the region, he says, “I have never quite taken the delight in the sentences in the same way I’m able to when I write about the place I come from.” Ron Rash also sees a natural joy in language as an enduring characteristic of Southern writing and believes Southern literature enjoys its broad appeal in part “because of the emphasis on saying a thing in a beautiful, true way. I think we do that better than any other region.”

Rich language, of course, is not the only thing that sets the South apart. Even with all the changes of the past 50 years, it remains haunted by its brutal history. Racism, poverty, and violence are national afflictions, not regional ones, but they still exist in sharper relief in the South, and the region’s writers continue to feel a fairly heavy obligation to take them on. In an interview prior to the conference, Tayari Jones said, “The South is the region of the country that asks the hardest questions. We have always been aware of ourselves as fighting for freedom, struggling to perfect our Union.” That awareness was often in evidence at the conference, especially in a panel discussion between Randall Kenan and John T. Edge about Southern food writing called “Who is Welcome at the Welcome Table?” Their conversation ranged from Vertamae Grosvenor’s fierce advocacy for African American foodways to Michael Twitty’s viral blog post, “An Open Letter to Paula Deen.” Through writing about food as a cultural product, said Edge, it’s possible to explore the dynamics of class and race, as well as create new respect for what has been ignored and devalued, thus “actively reframing a picture of the South.”

That desire to reframe the image of the South and cast it in a truer light was clearly shared by the largely white audiences at the conference. They responded warmly to the remarks of Kenan and Edge, and they were even more welcoming toward Terrance Hayes’s reading of his poem “Black Confederate Ghost Story,” a sharply funny takedown of present-day Confederate apologists. It’s a gentle, mainstream crowd that shows up at the Celebration of Southern Literature, and one of the things they seem to appreciate about the event is the opportunity it provides to engage hard questions of race and class in a way that is real but not combative, free of the defensive rhetoric that so often gets in the way of healing human sympathy.

And that takes us back, in a way, to that remarkable late-night convivium in the hospitality suite. The Fellowship of Southern Writers was always dedicated to promoting and preserving Southern literature, but a big part of what that meant in 1987 was creating occasions for the oldest surviving generation of Southern writers to come together again before they died. ”That was the original raison d’être,” said Madison Smartt Bell. “That mission has now been accomplished. Something needs to replace it, but it’s not clear what.”

The FSW still functions beautifully as a true fellowship for a group of highly distinguished writers, something the members in Chattanooga last weekend obviously value. The organization actively preserves the literary legacy of its founders and gives back to its host community through the Celebration of Southern Literature. But according to Bell, some in the Fellowship would like to see it be more vocal on issues such as book banning. “There are powerful anti-intellectual trends around the South now,” he said, “and this is an organization that could provide a counter-example.” Such activism, he concedes, is difficult to pursue with members widely scattered and leading very busy lives. In any case, he has no doubt that the group will continue to welcome the South’s best writers into its membership. “The definition of Southern has been extremely flexible,” he said. No matter how much the face of the region changes, if it produces a writer of talent and achievement, “that person would be claimed.”

Maria Browning is a freelance writer and photographer who lives in White Bluff, Tennessee. 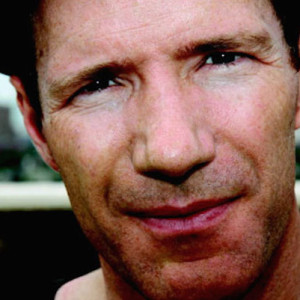 Name a childhood hero. Tug McGraw. Name a work you wished you’d written. Burton’s Anatomy of Melancholy. If you had to order...
© LitHub
Back to top