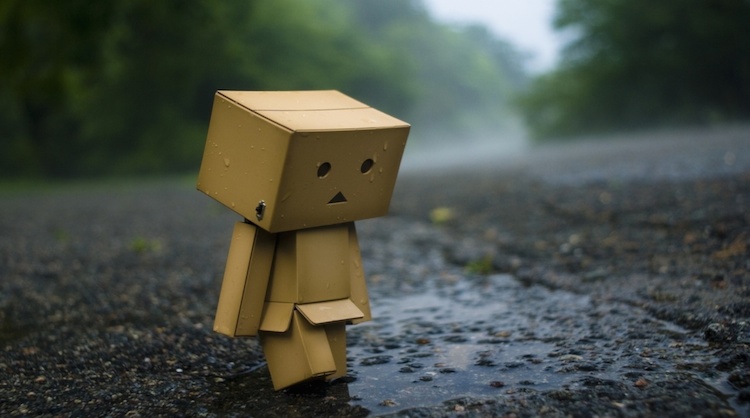 In the promotional material for Alexandra Kleeman’s remarkable debut You Too Can Have a Body Like Mine, the novel is described as “reminiscent of The Crying of Lot 49, White Noise, and City of Glass.” In some ways, these are accurate comparisons—Kleeman’s book features similar postmodern elements: absurd happenings, satirical commentary, philosophical tangents. One could even add Generation X, White Teeth, Only Cowgirls Get the Blues, and The Broom of the System (the postmodern novel YTCHABLM most resembles, in my opinion) to the list of comparable titles.

As I read Kleeman’s novel, however, I began to notice something different about her… intent, for lack of a better word. Her project as a novelist includes something that many other postmodern works don’t possess: feeling. Real human emotion. Now by this I do not mean an emphasis on character; rather, Kleeman uses the techniques of the postmodern for something postmodernism usually doesn’t concern itself with. Think about the great postmodern novelists: Pynchon, Barth, Bartheleme, DeLillo, Robbins, Vonnegut, Gass, Gaddis, Ellis—these are not sentimental writers. There may be moments in their fictions in which emotion is central, but the general project of each book steers more to intellect—to ideas—than to emotional and genuine feeling.

But Kleeman’s novel, despite characters named A, B, and C, and despite long descriptions of commercials for something called Kandy Kake, still manages to exude a humanity ordinarily pushed out by satirical jabs and heady investigations. Her prose is populated by lines like, “A woman’s body never really belongs to herself,” and passages like:

If you were a person, you were supposed to want to be a better person. Better people had a surplus of themselves that they were willing to give away, something they could separate out and detach. In me the portions only separated, pulling apart and waiting there for something to happen. I could see what it was that I could give B, but I couldn’t really give it. In fact, I wanted to keep it for myself, to take it and run. All around me, people were giving feelings and help to one another all the time, as if it were the only thing to do. And I watched these exchanges like a dead thing, a thing sealed off perfectly, a room with no holes in or out.

Throughout the novel, A, the narrator, emerged as a character with an emotional core—deeper in its rendering than, say, Tyrone Slothrop or Jack Gladney or Patrick Bateman or Daniel Quinn. I mean this not as a criticism of these great novels, since such emotions aren’t part of their aesthetic interest. They never have been.

More recently—say, in the last 20 years or so—numerous so-called postmodern novels have contained this distinctly non-postmodern quality—not that the characters feel so much as the reader. The cumulative effect isn’t necessarily a fully fleshed-out character but a fully emotional experience. Think of Jonathan Safran Foer’s strong sentiments in the face of the Holocaust and 9/11; think of the alligator-wrestling family at the heart of Karen Russell’s Swamplandia!; think of the way Ali Smith works her linguistic magic in order to convey the complexities of love and relationships; or the heart-breaking wallop of David Levithan’s The Lover’s Dictionary; think of Reif Larsen’s I am Radar, of Zadie Smith’s NW, of Téa Obreht’s The Tiger’s Wife. Can these books truly be considered postmodern when the most prevalent aspect is emotion rather than thought?

Consider the way even genre fiction has been infiltrated by humanity and feeling. Science fiction is no longer merely speculative, adventurous and pure fabulism. Now we have Emily St. John Mandel’s Station Eleven, Cormac McCarthy’s The Road, and myriad others. Fantasy is no longer characterized simply by lengthily described worlds and political intrigue; now we have Karen Thompson Walker’s The Age of Miracles and almost everything David Mitchell has written. These so-called genre books now aspire to human heights.

In fact, these books have less in common with postmodernism and more with modernism. Modernist novelists, remember, rebelled, sometimes deliberately, sometimes not, against the formal, story-driven novels of the Victorian era by incorporating idiosyncratic voices, human rhythms, inner consciousness, and plotlessness into their fiction. Most of all, these books communicated a sense of a felt life and are filled with emotions: the Ramsey family trip to the lighthouse, years too late; Proust’s seven-volume study of memory and experience, inspired by cake; Faulkner’s rich Yoknapatawpha County; or the connection made between Stephen Dedalus and Leopold Bloom (not to mention Molly’s beautiful and true climactic monologue). A melancholy thread of disappointment, of disillusionment, runs through modernist literature. The whole movement can be summed up by the final line of Hemingway’s The Sun Also Rises: “Isn’t it pretty to think so?”

Now fiction has returned to this ambition. It aspires to emotional evocation, to feeling, to humanity. We have Karl Ove Knausgaard’s My Struggle for Proust’s In Search of Lost Time. We have Ben Lerner, Karen Thompson Walker, Emily St. John Mandel and Eleanor Catton. Even the more recent publications from Thomas Pynchon—Against the Day and Inherent Vice—carry more emotional weight than his quintessential early novels.

New Modernism encompasses magical realism, fabulism, fantasy, sci-fi, and other genres, but it also includes literary fiction. What makes New Modernism its own category is its re-appropriation of postmodernist tropes. Donald Bartheleme, for instance, is a titan of postmodern short stories, but for all of his linguistic dexterity and ingenious formal experimentation, Barthleme’s fiction was about stretching the form to its elastic limits, finding what can be done—not about engendering an emotional response or effectively rendering a character’s psychological nuances. (One could also say similar things of proto-postmodernists Mark Leyner and John Barth.) But George Saunders’s stories—which are similarly inventive, absurd, surreal and steeped in contemporary references—stimulate intellectual vitality and deep (and even harrowing) emotions.

In his remarkable story “Sea Oak” from Pastoralia, Saunders turns an utterly odd story about an aging aunt who dies and then comes back from the dead into a mournful meditation on life’s capricious unfairness. Aunt Bernie, in life, was an impossibly positive pushover. “You know what I do if something bad happens?” she says. “I don’t think about it. Don’t take it seriously. It ain’t the end of the world.” Her nephew dismisses her as irrelevant:

My feeling is, Bernie, I love you, but where are you? You work at DrugTown for minimum. You’re sixty and own nothing. You were basically a slave to your father and never had a date in your life.

But when she dies and mysteriously comes back to life, Bernie’s no longer fucking around. She starts barking orders to her ungrateful family, cursing, and filled with a dark cynicism about life, which frees her from her former deference: “Maybe you kids don’t know this,” she spits, “but I died a freaking virgin. No babies, no lovers. Nothing went in, nothing came out. Ha ha! Dry as a bone… well I am going to have lovers now, you fucks!”

The absolute strangeness of the premise disguises what Saunders is really up to, which is ultimately empathy—real, considered empathy—for Bernie, her unlived life. By the end, after Bernie dies for real, the narrator says that he sometimes sees Bernie in his dreams:

But every time it’s the same thing.

“Some people get everything and I got nothing,” she says. “Why? Why did that happen?”

Every time I say I don’t know.

This is the New Moderism: locating humanity, truth, and revelation in everything. As artists, they leave no emotional stone unturned. Because all fiction is artifice, the New Modernists see that even artifice can house meaning and beauty.

And into this league of writers comes Alexandra Kleeman. Her debut is a brilliant feat of storytelling, a weird tale about what it feels like to be in a woman’s body, about what it means to even have a body. But the key word is feel. Kleeman manages to be whip-smart (even smart-alecky) and wholly original while still keeping her eye on the spot postmodernism so often overlooks: the gross, odd and completely idiosyncratic mash of flesh that makes up the self, all its thoughts, all its feelings.

I am reminded of passage from Jonathan Franzen’s The Corrections, a book that contains some examples of New Modernism. When Chip goes to college, his father buys him “a set of heavy-duty thermal curtains” that Chip is utterly ashamed of. Years later, upon graduation, Chip rediscovers the curtains in a box in his dorm:

He had nothing against the curtains personally. They were simply curtains and they wanted no more than what any curtains wanted—to hang well, to exclude light to the best of their ability, to be neither too small nor too large for the window that it was their task in life to cover; to be pulled this way in the evening and that way in the morning; to stir in the breezes that came before rain on a summer night; to be much used and little noticed. There were numberless hospitals and retirement homes and budget motels, not just in the Midwest but in the East as well, where these particular brown rubber-backed curtains could have had a long and useful life. It wasn’t their fault that they didn’t belong in a dorm room. They’d betrayed no urge to rise above their station; their material and patterning contained not a hint of unseemly ambition. They were what they were. If anything, when he finally dug them out of the eve of graduation, their virginal pinkish folds turned out to be rather less plasticized and homely and Sears-like than he remembered. They were nowhere near as shameful as he’d thought.

So too have we shifted our views of postmodern techniques. We used to view them as flashy, overly clever for their own sake. Now we see those same tropes as useful, as available to real human emotion as any other fictional device. The New Modernists have circled back to the past, but they carry with them new lessons of contemporary art. They have rescued fiction from an insular, esoteric realm and brought it out into the open. Postmodernism has been seen as shameful as those curtains, but now, seeing these techniques anew, we realize they were nowhere near as shameful as we thought. In fact, we should be proud and excited: a new era is announcing itself, and we’re here to witness it. 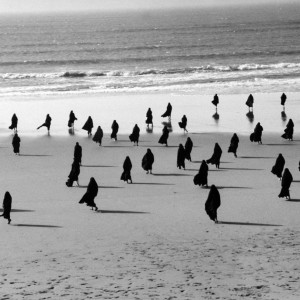 The instrument of poetry is breath. It's what links the poem to not only a body but its body, the author's, the reader's,...
© LitHub
Back to top