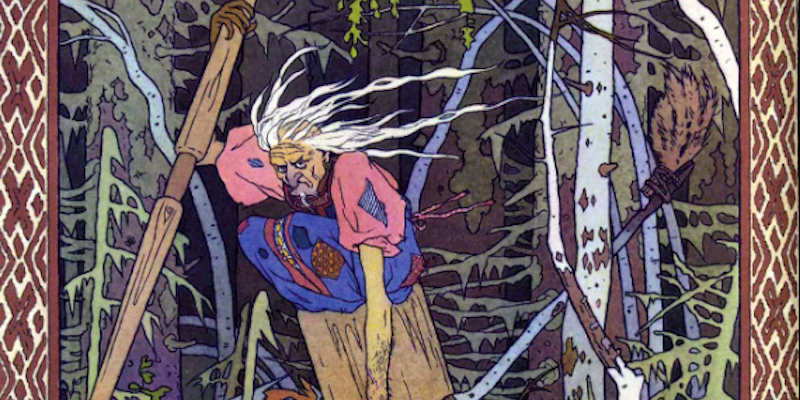 In Praise of the Bold, Powerful Women of Slavic Fairy Tales

Olesya Salnikova Gilmore on the Baba Yaga Witch, the Maiden Tsar, and More

To be a woman in the jewel-like, happy-ending strewn fairy tales we have come to idolize is to be the opposite of bold. In most of these stories, the female characters are relegated to the role of submissive princess or nefarious old witch subsisting on a steady diet of children while wreaking havoc on nearby forests and villages.

These women are either good and powerless, or they are evil and powerful. They are rarely both. And they rarely have a choice. Those choices are frequently made for them—usually, by the male characters or heroes in what is often their own fairy tales. Sometimes, they aren’t even given names. She can be a girl, a daughter, a sister, a wife, a mother, an old woman, a witch, a sorceress. She is rarely herself for her sake. And she rarely can take charge of her own destiny, her fate sadly dictated by storytellers and men alike.

While Slavic fairy tales, particularly Russian ones, can follow this same tired recipe of non-identity and non-agency, they also feature remarkable women who refuse to stay within the confines of the societal expectations and traditions imposed on them. They leap off the page and refuse to be ignored.

And though these women frequently can’t get everything they want—agency, choice, a name, and a happy ending—they are able to transcend their conventional roles. They are able to take charge of their own destinies. To be bold.

The towering female figure of Slavic myth—and the inspiration for my own novel, The Witch and the Tsar—is the fearsome hag of legend, Baba Yaga. What is most fascinating about Baba Yaga is she is not some unnamed witch or sorceress. She has a name, and she wields it as expertly and unapologetically as her power, which isn’t just used for evil deeds and spells.

Baba Yaga has power over day and night, even over the sun itself. She communicates with animals, even her chicken-legged hut. She possesses and sometimes gives out mysterious objects and animals—human skulls with burning eyes; a mortar and pestle that soars across the skies; mares faster than the steed of the sorcerer Koshey the Deathless.

And Baba Yaga knows things, incredible, magical, life-saving things. In The Sea King and Vasilisa the Wise, Baba Yaga tells the hero that by the seashore twelve spoonbills turn into lovely maidens, including his future wife, Vasilisa the Wise. Here, as in many other tales, Baba Yaga is an oddly lovable granny, friendly, a generous hostess, a donor, and an advisor.

With so much knowledge and magic at her fingertips, you would think Baba Yaga would simply snap her fingers and disguise herself as a maiden, choosing to live a normal, predictable, and conventional life for a woman of her times. But I have a feeling she doesn’t want to. Her life—beholden only to herself, in a wooded haven, in a magical hut on chicken legs, sometimes with a maid or a daughter or two, many times with a pet or sometimes three—seems deliberately unconventional and purposefully separate from humanity, even in defiance of it.

It is a choice. And Baba Yaga is not just a witch, not just evil. She can choose to be either bad or good, witch or woman. She can be both if she wants to, and still be powerful.

Baba Yaga isn’t the only woman who stands out from the voiceless conventional females in these stories. There are others. And not only are they both “good” and powerful by choice, but they also take on roles traditionally belonging to men.

Marya Morevna is a queen and warrior. Even before the hero meets her, he is told that a “great army was slain” by her. She selects her bridegroom, wages war, leaves her household in her husband’s care, and imprisons the powerful Koshey the Deathless in her closet. Princess Martha in Prince Ivan and Princess Martha is appointed ruler by her father when he goes off to war. She proceeds to rule, even appointing a governor in one of the provinces. Elena in Elena the Wise is not only a princess but a “powerful ruler” of men. And The Maiden Tsar hints at a title traditionally belonging to male rulers as she heads thirty ships. These women show a remarkable initiative and agency, making choices with a boldness usually reserved for men. And like men, they thirst for blood, with Marya slaying an entire army, and the Maiden Tsar falling out of love with her beloved, who is told that “if she gets hold of you, she will tear you to shreds.”

Women in Slavic fairy tales can be bold and take hold of their own stories, their own destinies. And even when they’re nameless, they can nevertheless insist on having a voice.

Some of the women from the stories possess an entirely different power: that of magic. But unlike Baba Yaga, they are mostly accepted by society, are heroines, and are considered “good.” Elena the Wise and Elena the Fair are clearly witches. In The Frog Princess, Elena the Fair can not only transform from a frog to a woman and back again but can make lakes and woods and birds appear when she dances. Elena the Wise has a “magic book” and spells at her disposal. She even has “various cunning tricks” up her sleeves that she then teaches to other women.

And then there are the women who simply behave like men. Vasilisa Vasilyevna in Vasilisa the Priest’s Daughter entirely eschews traditionally feminine ways: “She wore man’s clothes, rode horseback, was a good shot with the rifle, and did everything in a quite unmaidenly way, so that only very few people knew that she was a girl.” And Vasilisa “was very fond of vodka,” which apparently, “is entirely unbecoming to a maiden.” This is directly at odds with the damsel in distress role of most female fairy tale characters, especially since Vasilisa tricks not only a man, but a king, and no less than three times.

However they manage it, these women take charge of their destinies and rescue themselves. When the hero kisses Elena the Wise at night, as she is lying in bed, she defends her own honor and threatens to kill him. Both the Maiden Tsar and Elena the Fair flee from their betrotheds because the men don’t follow their instructions. When her husband burns her frog skin, Elena the Fair flees from him. “If you had waited a little,” she tells him, “I would have been yours.” And when he finds her, Elena, seemingly unbothered, only says, “Oh, you have been a long time coming, Prince Ivan! I almost married someone else.” It seems she makes the decision to leave her husband when he does not listen and respect her, when he refuses to love her for who she is, frog skins and all.

…and the Unnamed Women

Though unnamed, there are women in the Slavic fairy tales that nevertheless make their mark, even if a terrible one. Their actions hint at choice, bold and fearless and very individual, at taking their lives back and into their hands. They hint at something deeply and fundamentally human.

These are women who charm and flatter, even extort; women who are ambitious and even elected as mayoresses to rule and judge; women who drink wine with peasants and take bribes; women who save themselves from slander and their daughters from trouble with magical dolls; even women who punish.

Baba Yaga is not just a witch, not just evil. She can choose to be either bad or good, witch or woman, she can be both if she wants.

The unnamed wife in The Enchanted Ring takes a lover after her husband leaves on a long voyage. The unnamed king’s daughter in The Sorceress returns from the dead to get back at a man for revealing her secret magical self to the world. And in the Princess Who Wanted to Solve Riddles, the heroine thinks up a trial for potential suitors: “If I solve the man’s riddles,” she tells her father, “let his head be cut off; but him whose riddle I cannot solve, I will marry.” This woman singlehandedly turns the tables on the men not only by choosing her bridegroom, but by vowing to beat them at what is supposed to be theirs alone: independent thought. She is violent and decisive. And she prevails: “Many men presented themselves and all of them were put to death, for the princess was able to solve their riddles.”

There is no hesitation in any of these female characters, only choice.

Women in Slavic fairy tales may not have agency all the time, and their decisions may oftentimes still be made by men, but they are anything but conventional in their exercise of free will. They can be bold and take hold of their own stories, their own destinies. And even when they’re nameless, they can still insist on having a voice. 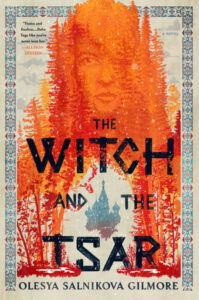 The Witch and the Tsar by Olesya Salnikova Gilmore is available now via Ace.

Olesya Salnikova Gilmore was born in Moscow, Russia, raised in the U.S., and graduated from Pepperdine University with a BA in English/political science, and from Northwestern School of Law with a JD. She practiced litigation at a large law firm for several years before pursuing her dream of becoming an author. She is most happy writing historical fiction and fantasy inspired by Eastern European folklore. She lives in a wooded, lakeside suburb of Chicago with her husband and daughter. The Witch and the Tsar is her debut novel. 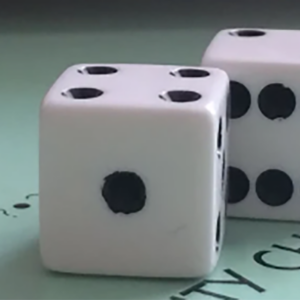