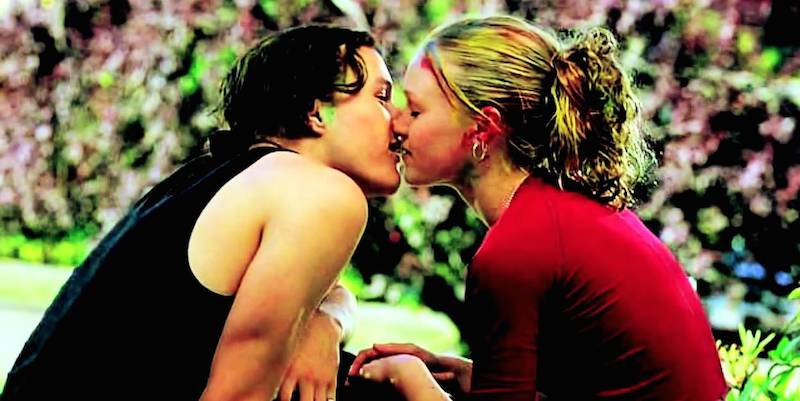 In Praise of Remixing Shakespeare

Why the Bard Would Have Approved of Contemporary Retellings

Though the adaptation of Shakespeare’s work into contemporary fiction enacts a shift in genre, the artistic processes involved are often akin to those undertaken by theatre companies. While some novels are more radically adaptive, many are driven by something resembling a directorial impulse to stage a “take” on a play, to tell a version of Shakespeare’s story which is consciously single, shedding the infinite possibilities of the unstaged text in embodying a single set of production choices. These productions—and the novels which resemble them—do not seek ways of presenting the plays “correctly” but ways of making them new.

Theatre is an immediate art form defined by its ephemerality, so it is unsurprising that companies seek relevance and urgency in their productions. The question many stage directors ask when they are choosing texts for their upcoming season is “why this play and why now?” Novelists adapting Shakespeare invariably start from similar points, seeking in the plays that which seems pressing in the present, even if that means filling absences or solving problems raised by the original. For a novelist working solely with words on the page, the directorial “take” on the play cannot be rendered simply with costume or set, and must necessarily push a book’s brand of newness into difference from the original.

My own reimaginings of Macbeth and Hamlet (cowritten with David Hewson) fall at the less adaptive end of the spectrum, refashioning the core stories as historical thrillers in the style popularized by George R. R. Martin’s Game of Thrones (itself inspired in part by Shakespeare’s history plays). Even our fairly unadaptive retellings of the stories began with the choice of a directorial angle of approach, an attitude to core ideas and characters very much on a par with the principles which might emerge from the first week of production rehearsals. With Macbeth, we set out to render the core couple likeable, even admirable, at the beginning of the story, drawing on historical sources Shakespeare did not incorporate in order to push back against the perceived demonization of Macbeth and (in particular) Lady Macbeth. With Hamlet, we decided to draw on the first quarto’s emphasis on action while also creating a new character, a young Yorik, son to the dead jester, who would be Hamlet’s (possibly imaginary) confidant. In so doing we did what novelists always do in this kind of work, taking elements from inside and outside the primary text in pursuit of something familiar but surprising, a hybrid form which is both the thing itself and the shadow cast by something prior.

At the opposite end of the spectrum are adaptations so radical that the original is barely apparent in the shape of the story but makes its presence felt in other ways. In The Black Prince, for instance, Iris Murdoch builds a Hamlet novel which bears little resemblance to Shakespeare’s play in plot, setting, or character but which is nevertheless saturated by some of that play’s central preoccupations and concerns, drawing self-consciously on Hamlet as a literary and philosophical source text without retelling the play’s core story. The Black Prince is a character-driven murder mystery, but it is also replete with the psychosexual and existential angst of Hamlet as imagined by mid-20th-century scholarship, complicated by a specifically novelistic take on the epistemological issues which characterize the play. Hamlet’s persistent but problematic attempt to deduce the truth of his predicament from the behavior of others is, in Murdoch’s novel, extended through the device of an unreliable narrator (the protagonist, Bradley Pearson) whose version of the events leading to his conviction for murder are called into question by postscripts penned by the secondary characters.

Matt Haig’s The Dead Fathers Club, by contrast, relies upon the familiarity of the Hamlet narrative and invites the reader to make direct connections between what is happening to Phillip, the bereaved 11-year-old who tells the story in strangled and ungrammatical first person prose, and the story line of the Shakespeare play the book so closely resembles. As in Murdoch’s novel, the play’s study of epistemological crisis takes center stage as the book begins to call into question the reality of the paternal ghost with which Phillip converses, so that the novel’s study of fractured families, disconnected children, and communicative collapse is made all the more unsettling by the child’s pursuit of a vengeance against his uncle that is surely unjustified. Though Haig and Murdoch are telling quite different stories, both use Hamlet as a reflecting glass to deepen and complicate not only their own projects, but the reader’s sense of the original play as well.

This is a frequent goal of Shakespearean adaptation, and while many rewritings are made in pursuit of the topical or, more generally, the “relevant,” others seek to revisit or even invert the original, bending it to meet the prevailing concerns of the present. This is particularly the case in youth-oriented fiction aimed at school-aged students who may be wrestling with Shakespeare in English classes and exploring the problematics or absences of, for instance, gender in the plays. So Lisa Klein’s Ophelia and Michele Ray’s Falling for Hamlet rethink Ophelia as the emancipated and defiant hero of her own story. In Paul Griffiths’s let me tell you, by contrast, she is the complex, psychologically scarred victim whose story can be expressed only by rearranging (but not by adding to) the words assigned to her by Shakespeare, an approach which gives her voice while acknowledging the constraints placed on her by the original text.

This last is representative of a whole swathe of fiction which wrestles with Shakespeare as author and cultural force, reimagining his characters as straining against their familiar bardic confines (as in Stoppard’s Rosencrantz and Guildenstern are Dead) or trying to imagine them as emerging from a different time and a different author. These books enact the kind of imaginative leap made by Virginia Woolf, who wondered what Shakespeare’s sister might have produced had she been able to escape the misogynistic confines of the age, but they go beyond regendering the author through rescripting his stories, and many of them tackle other shaping political contexts and those elements of the early modern which seem most out of joint in the present. In short, and to maintain my guiding theatrical metaphor, such books enact a version of Stanislavski’s “magic if,” in which the behavior of characters (and, in this case, authors) can be imagined in a set of given circumstances by the actors (or authors) who must inhabit them. What if King Lear were an Ohio landowner (Jane Smiley’s A Thousand Acres)? What if Romeo and Juliet’s Benvolio were a cat-burglar who falls in love with Rosalind (Rachel Caine’s Prince of Shadows)? What if The Tempest’s Miranda were the head of Prospero Inc., a benevolent corporation which uses magic to further a program of global improvement but which is under assault by demonic forces (L. Jagi Lamplighter’s Prospero’s Daughter series)…?

As those last examples suggest, many contemporary adaptations are whimsical and self-conscious about their refashionings of Shakespeare, though this does not necessarily render them frivolous or flippant. Many authors take seriously what generations of critics did not—Shakespeare’s fascination with magic and the supernatural—finding in those sensational elements the stuff of moral and philosophical tension as well as a drama of the imagination which, in some respects, trumps the physical limits of theatre. Neil Gaiman drew heavily on the fairy elements of A Midsummer Night’s Dream to create his groundbreaking Sandman series of graphic novels, while several incarnations of Macbeth revel in witchcraft and magic as much as they do in military and domestic politics.

The 21st century has embraced postmodern notions of authorship and originality and moved steadily in technological and cultural terms towards the adaptive amalgamation popularly known as “mash-up.” In 2009, Seth Grahame-Smith hit the bestseller list with Pride and Prejudice and Zombies, spawning a slew of tongue-in-cheek revisionings of classics, including Ian Doescher’s 2013 William Shakespeare’s Star Wars: Verily a New Hope, which recounts the Luke Skywalker space opera in iambic pentameter. Websites house millions of instances of fan fiction in which contributors play in other authors’ sandboxes, reconfiguring character relationships, reimagining plot points or settings, mixing together the worlds and characters of different books, series, and authors. This does not mean that people no longer care for the original work of individual authors, but it does mean that they are more comfortable with some of the conditions that defined Shakespeare’s own cultural moment than were intervening generations. The artistic realm of the early modern was one in which collaboration, combination, and the adaptive retelling of familiar stories was common and valued. That contemporary authors should use similar strategies in response to Shakespeare’s plays seems to me natural and healthy as marks of engagement and ownership. In the process, they enact a complex—if occasionally unselfconscious—negotiation of the value of the past and those literary and dramatic works which continue to be seen as its cultural summit.

From SHAKESPEARE IN OUR TIME, ed. Dympna Callaghan and Suzanne Gossett. Used with permission of Bloomsbury Arden Shakespeare. Copyright © 2016 by Andrew Hartley.

Andrew Hartley is a distinguished professor of Shakespeare at the University of North Carolina at Charlotte. He's also the editor of Shakespeare Bulletin, a journal of performance criticism and scholarship and the Resident Dramaturg for the Georgia Shakespeare Festival.

What Was Shakespeare's Central Philosophy? 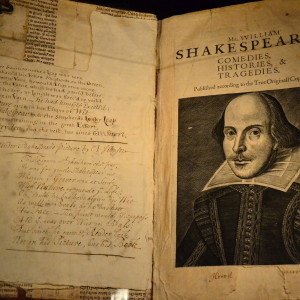 What Was Shakespeare's Central Philosophy?

Towards the conclusion of The Tempest, Prospero famously says, “We are such stuff / As dreams are made on; and our little...
© LitHub
Back to top