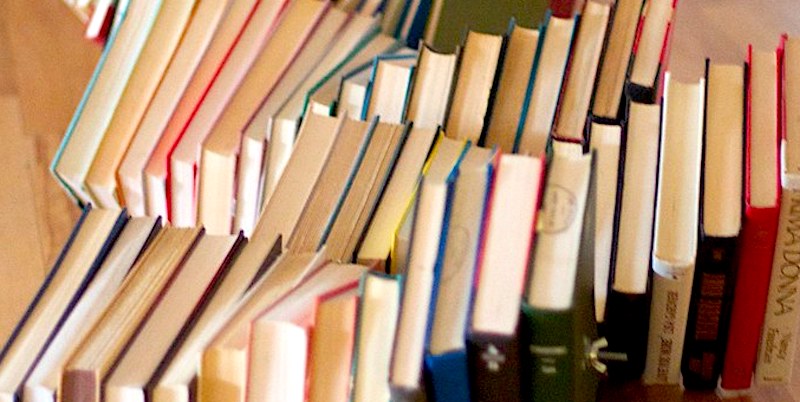 Anyone who has spent more than five minutes on a therapist’s couch will be familiar with the expression, “There’s no such thing as fixed.” For me, this was a moment of despondency—wasn’t that what I was here for, after all? Imagine a plumber saying the same as your house flooded—but it came with a caveat: “There is also no such thing as broken.” Imperfect people in an imperfect world, learning how to swim in messy floodwaters. A fact of life, which is also a truth of fiction.

Ultimately, all fiction is about this flooding: struggles, losses, challenges, triumphs (not necessarily in that order). And, simply, it is what people like to read because it is what they identify with and, as we know, this can go anywhere before it is resolved. But heroines like this seem to strike a chord with readers, myself included. Personally, I have never enjoyed stories about women who—usually via a promotion or marriage—overcome their problems and in doing so somehow shift into simpler, sun-shinier versions of themselves, a concept instigated by many a fairy tale. I don’t want that, I want what’s real, to see them grow more into themselves rather than mutate into some unrecognizable stab at perfection. Perfection is not only a fallacy but also incredibly unimaginative. Too much goodness in a book and my subconscious starts to raise a dubious eyebrow. Break the mould, for heaven’s sake, don’t be it.

As a writer who errs deeply on the side of “dark” in “dark comedy,” angst goes hand in hand with creativity, in which I continuously attempt to find the perfect blend of escapism and realism, whilst understanding that those parts of us which are harder to bear, let alone read about, must be made palatable with a little comic relief. Because the dark stuff tends to be the truths, the lights stuff the sugar to swallow it with, and within these two is the place of connection—of empathy—between writer and reader. My new novel, Sedating Elaine, has been described as “zany” and “madcap,” but also “painfully relatable”; I am not trying to make women stronger or braver or different in any way, there’s no agenda to subversively encourage women to go on a yoga retreat or give to charity. It is about understanding and appreciating the reader as they are right now.

To me, the characters in fiction are the escapism and the realism; they are flawed, just as we are, muddling through their chaotic worlds. In this land of make-believe, good and bad can go out the window when a character’s past, their relationships, their very nature may allow what we deem acceptable or even right to be more fluid. As a reader—and writer—it is fun to play around in this space. It is liberating. We can witness what we might do if we indulged our craziness or bravery or anger. It is the realm of emotional possibilities and outcomes.

And we all recognize this place because it stems from a time we have all experienced but largely forgotten, the child-time when we might look with wonder upon a bug before helping it onto a leaf, or treading on it, or eating it. Before right and wrong was hammered into us and we were taught to obey rules, which was described as being “good.” Before we were expected to deal with disasters with stoic smiles on our faces lest we be labelled a failure. Before we believed we were broken and thought we needed to be fixed.

I think we’ve had enough of labels that imply a wrongness whenever a woman acts against expectation.

Our need for understanding and empathy stems from such a young age, even the books we read feed into it. The narrowing of ourselves into nice, neat, conformists, means we want stories about kids who do and say things that have been taken from us. No child wants to read about an evening’s homework and enforced teeth-brushing. We want them exploring, out in the wild, being daring, getting one over on the stuffy old adults. The thrill of reading, seeing, feeling the excitement of wrong-doers never leaves us, all that changes is the challenges and the protagonists. Never more so than when the protagonist is not only an adult—and should know better!—but a woman.

In a world where the faces of perceived perfection are plastered over everything from billboards to bank adverts, these wonderful, wild women are needed more than ever. They offer validation; it’s okay to be you, it’s okay to be imperfect, it’s okay to fight. It’s why we read a heroine go berserk and smile with admiration; it’s the part of us thinking, “I wish I had the balls to do that.” To hell with the do’s and don’ts. To hell with the word “dysfunctional”; that label can go the same way as “unladylike” and “damaged goods.” I think we’ve had enough of labels that imply a wrongness whenever a woman acts against expectation. Listening rather than labeling; dysfunctional or struggling and coping in a difficult world where we can all be messed up and all will mess up. We all also, hopefully, learn.

Women like these are not new to literature. Open a book by any Brontë and you’ve got what was seen, at the time, as horrendously unnerving and wrong. The mother who dared leave her alcoholic husband, the woman who wanted to run wild with her unstable soulmate, the governess who knew herself so well that she refused to be diminished to a dependent mistress. Not classed as dysfunctional now, but bold. Yet, at the time, they were deemed morally questionable for a whole host of reasons. In another 200 years’ time, today’s “dysfunctional” will also be seen as what it is; ancient repression fed by fury, rightly finding its way out as choices are being made, and voices being heard, on the page and in worlds where women are tired of their autonomy being seen as disobedience.

If connection and relatability are key to a reader’s enjoyment, then there is one logical explanation as to why so many of us love these wild woman protagonists: We connect with them and find them relatable. We may not condone or even understand their actions, but we recognize them as true emotional creatures, mirroring a piece of us. They don’t have to be leaders, or mothers, or go-getters. They just have to stand for one basic, simple freedom: their authenticity. In this way, they are universally brave. If we look to literature for inspiration then let them be a blast of light to every woman who never screamed her head off when she wanted to because she had to go home and get the dinner on. Let them remind us that it’s okay to feel how we feel, to be imperfect, to make mistakes, to be real. When we empathize with them, so too can we forgive them, and so too perhaps look a little softer upon ourselves. So, long live the dysfunctional heroine. May she flail, founder, fuck up, and find her way out of the flood. Things will be messy, but they sure won’t be dull. 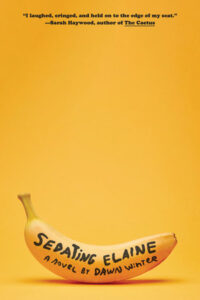 Sedating Elaine by Dawn Winter is available via Knopf.

Dawn Winter lives in Essex, north of London, and studied English literature at the University of Roehampton. She has held a variety of jobs in prisons, hospices, kitchens, and factories. Sedating Elaine is her first novel. 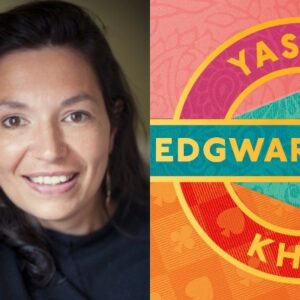