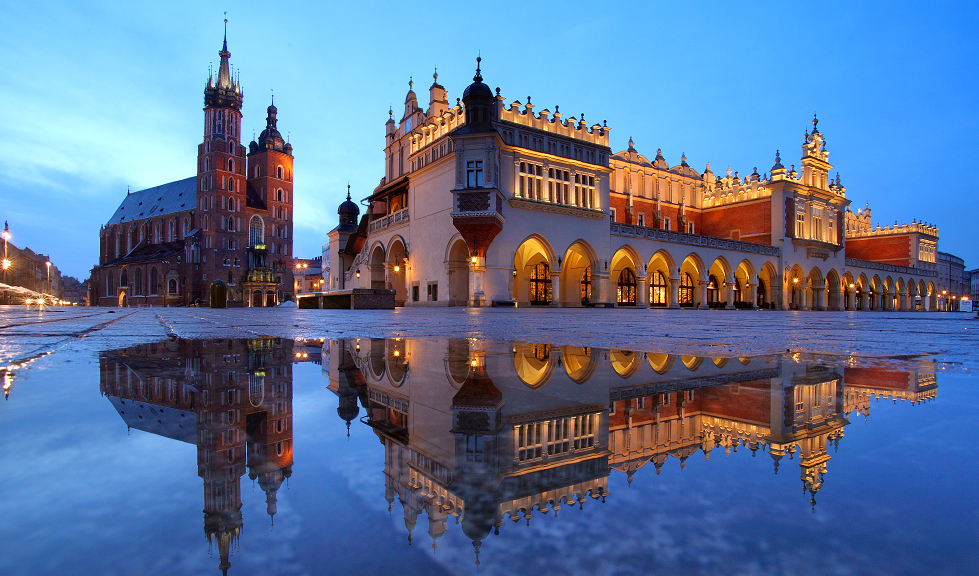 In Poland with Franzen, Alexievich and More

Scott Esposito Reports from the Conrad Festival in Krakow

It was a crisp Saturday morning, I was in Kraków, Poland, and Jonathan Franzen and I were both here for the same reason. In just minutes we would be co-inhabiting a small briefing room in the city’s enormous, newly built ICE Kraków Congress Centre. In theory Franzen would be answering questions from the city’s finest literary journalists, but there was a problem: currently the only people in this room were myself and three other Americans. Had Franzen come all this way only to find just us and our smirks?

Before answering that question I should take a step back. Franzen and I were both guests of the seventh-annual Conrad Festival, a week-long literary celebration held annually in the world’s seventh UNESCO City of Literature (Kraków received the designation in 2013 and is currently one of 11). Whereas Franzen was headlining the Festival alongside the newly crowned Nobel Laureate Svetlana Alexievich, and two of the biggest names in Polish literature—Hanna Krall and Wiesław Myśliwski—I was in town to simply take in the scene, meet the Polish literati, and consume massive amounts of wódka.

By the time my briefing with Franzen rolled around, I had been in the city for several days and had discovered a vibrant literary capital. This is not necessarily the case with the rest of Poland, however. In fact, the Conrad Festival makes no bones about its agenda, its website splash page stating, “In a country where 60 percent of people do not read books, where libraries are rapidly closed down . . . a global-scale festival of literature . . . proves that reading does make sense, that writers have their faithful readers, and that readers have time for literature.”

Indeed, in a nation with a per capita income slightly above Panama and Kazakhstan, reading may be a low priority for many. That said, there are also many here who believe in its necessity, a thing that could easily be summed up in the person who many told me is that nation’s star author: Olga Tokarczuk. In a country that was once home to more Jews than any other in Europe, and that is still sorting out the immense complexities surrounding its part in the Holocaust and its anti-Semitism, Tokarczuk in 2014 published The Books of Jacob, a 700-page magnum opus that dives headfirst into these subjects. Just days before the Festival, comments she made about the book’s intent to question Poland’s self-image as a historically tolerant country produced death threats (and just as quickly some of the author’s fans volunteered to personally defend her).

None of this prevented over 400 people from filling the seats, aisles, and anterooms of Kraków’s Palace Under the Sign of the Rams when the dreadlocked Tokarczuk appeared there in a Conrad Festival event at the end of October, the very day I arrived in town. The venue, which gets its name from its medieval incarnation as a place where sheep were traded, and which was also the seat of the Nazi administration of Kraków during World War II, gives some indication of the amount of history an author like Tokarczuk might leverage. Her gigantic The Books of Jacob, which received Poland’s highest literary honor, the 2014 Nike Award, does precisely that. Spanning hundreds of years and the entire continent of Europe, it centers around a forgotten episode from the 18th century in which a Polish Jew named Jacob Frank claimed himself to be the Messiah and oversaw a mysterious Jewish sect that was accused of murdering Christian children in order to drink their blood. (An accusation that Ryszard Kapuściński’s biographer Artur Domosławski notes was still being made when the author was a young man in the 1930s and 40s.) It also touches the live wire of Poland’s difficult relationship with its Jewish citizens: ending in the middle of the Holocaust, it opens a conversation that many Poles would rather leave shut. As such, it is a perfect example of the role that literature can play in the public discourse of a nation’s identity, and it is indicative of why so many people work so hard to make the Conrad Festival happen in Kraków every fall. (Readers intrigued by Tokarczuk will be happy to know that the Canadian publisher Biblioasis has just secured North American rights for some of her books, although The Books of Jacob remains unwed at this moment.)

Another headliner who drew, if anything, a larger crowd than Tokarczuk was the literary reportage writer Hanna Krall, who appeared on Thursday of the festival. A curious, and perhaps unlikely thing about Polish literature is the immensely strong tradition of reportage, of which Ryszard Kapuściński is the best-known practitioner. The tradition far predates that famous journalist, and it continues to thrive, with entire presses and an institute dedicated to the practice. While I was in Kraków I saw everything from insider accounts of the Ku Klux Klan and a history of Ellis Island to books about South African apartheid, radical Islam, World War II concentration camps, and the asphyxiating pressures of being the wife of a war correspondent. It is a fascinating genre with no exact American equivalent (creative nonfiction probably comes closest), and I often found myself lamenting that there wasn’t more of a market for these titles in English translation, particularly the ones in which Polish authors offer us an outsider’s view of our own country. (Readers who want to see what the genre is all about can catch Burning the Grass by Wojciech Jagielski—translated by Antonia Lloyd-Jones—just published by Seven Stories Press and about South Africa’s apartheid.)

Krall, who may be Poland’s most celebrated living reportage writer, has had several books translated into English, and there is another one on the way from the New York-based Feminist Press, her fragmentary “nonfiction novel,” Chasing the King of Hearts, about a Polish-Jewish woman’s attempts to rescue her husband from Auschwitz. Many in Kraków told me it was her best work. Krall’s standing-room-only event was a conversation between her and the reportage authors Mariusz Szczygieł and Wojciech Tochman, who founded and run the Polish Reportage Institute in Warsaw. Toward the end of the night, Krall demonstrated the centrality of the Holocaust to Polish society and literature when she remarked on why she still writes on this subject. “I write about the Holocaust for people to get scared,” she stated. “I want them to be scared of what human nature is capable of—that we’re capable of great evil but great good as well.” Many Polish authors might say the same, as the Kraków publishers and bookstores that I visited were absolutely stuffed with Holocaust literature. The event concluded with a standing ovation of such length and intensity that it brought the elderly author to the brink of tears, eliciting her remark that it was worth surviving the horrors of the World War II to see such an outpouring of support.

Although Polish writers headlined most events, the Conrad Festival aspires toward the international gravitas of author festivals like those in Edinburgh or Toronto. This year, the international contingent included a surprisingly spry Robert Coover, who checked in for a sparsely attended event, as well as the aforementioned Nobelist Alexievich, who easily fielded 1,000 spectators. Other events covered the writings of Hannah Arendt, Thomas Bernhard, W.G. Sebald, and Gonçalo M. Tavares. As that lineup might indicate, the Conrad Festival is quite serious indeed. The moderators were well-informed, and the writers themselves got deep into literary matters. The crowds who turned out to see them were mostly well-to-do young Poles who fit comfortably into tight jeans and sharp eyeglasses, the sort you wouldn’t look twice at in any bar in any literary American city.

Speaking of the international contingent, it was on Saturday morning that myself and my three fellow travelers waited to see if Franzen would address a room full of mostly vacant chairs. Fortunately, after a short delay a phalanx of reporters arrived, and the man himself stepped up to a white minimalist coffee table. Things got off to a bit of a rocky start when, after being asked about the death of literature and social media, Franzen gave a short answer and asked that this be the final question on such subjects. One could sympathize with the beleaguered author, as this event found Franzen at the end of a two-month tour for his novel Purity. He subsequently got into a debate with a Polish journalist as to whether or not the families in his books were toxic (she thought yes, he thought not). The matter this journalist seemed most concerned with—whether or not Franzen’s disintegrating families indicated a larger moral breakdown in capitalism, spearheaded by America decadence—revealed a preoccupation very different from what American critics have fixated over in Franzen’s books. Not for nothing is Poland proudly known as Europe’s most Catholic nation, one in which it is often said that abortion and gay marriage will never become legal.

Hours later, on Saturday night, I found myself in attendance at Poland’s biggest poetry award, the Wisława Szymborska Prize. Hard to believe it, but for a nation that largely doesn’t read, the Szymborska Prize is a televised affair, complete with fancy dress, high production values, Oscar-like short films dedicated to each of the five finalists, and a rather sexy jazz quintet that concluded the evening with a 45-minute set. A reception followed where I was advised not to eat the fish, as last year everyone had gotten sick.

The following day, which was the culminating day of the Conrad Festival, Franzen was to give the keynote address at the capstone event: the presentation of the first-ever Conrad Award, worth some 30,000 zlotys (roughly $10,000). Before a capacity crowd Franzen offered a series of reflections on questions he hates getting asked at public events, among them, Where do you write?, Is your writing autobiographical?, and Who are your influences?  The audience seemed rapt with attention—one young woman directly in front of me produced about a page and a half of notes in beautiful handwriting during his 20-minute presentation.

With Franzen gone and the Festival at an end, my time in Poland was up. I came away impressed—in only its seventh year the Conrad Festival is well organized and really ignites the literary scene in Kraków. Alongside initiatives from the Polish Book Institute to push serious literature both inside Poland’s borders and internationally, plus publishers working with everyone from contemporary Polish greats to Joyce (I saw the Polish edition of Finnegans Wake), the Oulipo, Susan Sontag, and Rem Koolhaas, it felt to me that literature is doing quite well in this nation. The discussions around it are weighty, and the publishers, writers, translators, booksellers, and others who are pushing it in this country are serious and impassioned individuals who truly get what literature is about. 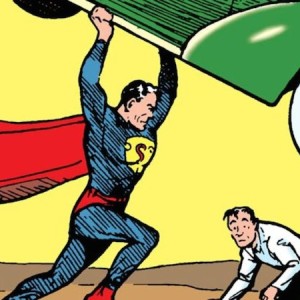 It’s hard to keep track of all the small and independent presses that come and go in the literary world. Whether they’re...
© LitHub
Back to top