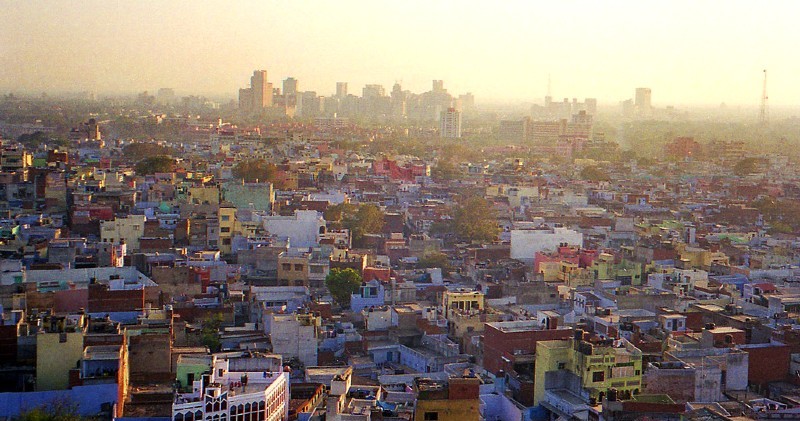 In India, One Publisher’s High-Stakes Fight for a Caste-Free Society

Changing the Conversation One Book at a Time

In May, 2015, Sagar Shejwal, a young, male nursing student in the west Indian state of Maharashtra, was murdered by a group of men who’d overheard his ringtone: a song praising Bhimrao Ambedkar, the controversial author of the Indian constitution, who died in 1956.

Both Shejwal and Ambedkar were Dalit, formerly known as “untouchable,” the bottom of the caste hierarchy that, as Ambedkar once said, forms “an ascending scale of reverence and a descending scale of contempt.” Especially in rural India, violence against Dalits is pandemic and often public; dismemberment and massacres are common. According to the National Crime Records Bureau, an average of two Dalits are murdered every day, and sexual violence against Dalit women is especially egregious. Across the country, Dalits are routinely denied access to water, land, living wages, and education.

And yet, the fact of caste oppression has been largely kept out of the mainstream public discourse. Which is why, halfway across the country from rural Maharashtra, in the South Delhi neighborhood of Shahpur Jat, 45-year-old S. Anand runs Navayana, an “anti-caste” press, hoping to share, as he put it, “Ambedkar’s ‘struggle for the reclamation of human personality’” with a wider demographic.

Navayana first gained worldwide attention in 2014 when it published an annotated edition of Annihilation of Caste, Ambedkar’s searing 1936 indictment of the entire Hindu faith. Although Dalit-run bookshops across India have always kept Annihilation of Caste in stock, Ambedkar’s books were not available in English-language bookstores until recently. In addition to making Ambedkar’s work more accessible, Anand wanted to encourage a large swath of Indian elites to confront Ambedkar’s ideas when they otherwise would not.

To this end, he invited Man Booker prize-winning author Arundhati Roy to write the book’s introduction, which became the essay “The Doctor and the Saint.” But because Anand was born upper-caste, some Dalit activists accused him of appropriating Ambedkar. Roy was criticized as well, particularly because much of her consideration of Ambedkar came through a focus on Gandhi, whom Ambedkar publicly opposed. As Yashica Dutt, author of the 2019 memoir Coming Out as Dalit, wrote, “Roy was exposing her own biases, which lead her to treat upper-caste subjects and opinions as more important.”

Within the English-language press, which is primarily owned, run, and read by upper-caste Indians, there was hostility toward even acknowledging caste, let alone listening to Dalit voices.

“It is a fair point,” Anand said to me over Skype earlier this month, recognizing that his inclusion of Roy in Ambedkar’s book could be likened to “a white person introducing Steve Biko’s work.”

From a small, nondescript office near the 14th-century ruins of the Siri Fort, with only two full-time employees, Anand does everything from editing to typesetting to marketing to picking up the phone when someone’s book wasn’t delivered.

On a broader scale, though, Navayana is engaging with the most divisive topics in India today, looking to foster dialogue and understanding against an often-violent backdrop. The Committee to Protect Journalists’ 2017 Global Impunity Index named India the twelfth most dangerous country in the world for writers.

After journalist and government critic Gauri Lankesh was murdered in 2017, Navayana published an anthology of her writing. When a 2012 school textbook showed a 1949 political cartoon of Jawaharlal Nehru “whipping” Ambedkar, Dalit activists protested, upper-caste Hindus counter-protested, and Navayana began planning a book.

No Laughing Matter: The Ambedkar Cartoons, 1932-1956, was published this April as part of Dalit History Month.

And there have been consequences. Most recently, in August, 2018, Navayana author and civil rights activist Anand Teltumbde had his house raided on false accusations of conspiring to assassinate Prime Minister Narendra Modi.

But Anand has remained undeterred. This October, in collaboration with Columbia University Press, Navayana will publish Beef, Brahmins and Broken Men, an annotated edition of Ambedkar’s writings on beef and untouchability with an introduction by the scholar and activist Kancha Ilaiah.

The book comes at an urgent moment; since the right wing Hindu nationalist BJP came to power in 2014, led by Modi, there has been a sharp rise in “beef lynchings,” mob brutality against Muslims, Dalits, and Adivasis (indigenous communities) under the often-false suspicion of beef eating. According to a website solely devoted to tracking “

cow-related violence,” at least 47 people were murdered and 255 people injured since 2014 in vigilante attacks by “cow-protection” groups encouraged by Hindu nationalist rhetoric.

As timely as Navayana’s new book is, though, the conversation is also nothing new.

Prominent historian D.N. Jha initially wrote The Myth of the Holy Cow in 2001, arguing that beef eating had been common in ancient India. But the original publisher withdrew, Anand told me, and Jha received death threats. Realizing in 2008

that he couldn’t get hold of the book, Anand acquired the rights. But Navayana’s edition of Jha’s book also includes an appendix exploring Ambedkar’s 1948 claims that the taboo on beef in India further alienated Dalits.

For people outside of South Asia, it can be difficult to imagine how entrenched and how concealed caste is in a system that Human Rights Watch has called India’s “hidden apartheid.”

Navayana’s emphasis on Ambedkar is not just an academic exercise. Although statues of Ambedkar are everywhere in India and his birthday is a bank holiday, he is selectively heralded only as the “father of the constitution” and not as a human rights activist who converted to Buddhism followed by 500,000 mostly fellow-Dalit supporters. The vast majority of his writings were not published during his lifetime and even a progressive historian such as Jha, like most academics of his generation, would not, without Navayana’s urging, have considered Ambedkar’s work. The oppression Ambedkar experienced because he was Dalit had became nearly invisible in the public conversation.

For people outside of South Asia, it can be difficult to imagine how entrenched and how concealed caste is in a system that Human Rights Watch has called India’s “hidden apartheid.” And it’s not just ring wing Hindu nationalists who have attempted to silence Dalit voices; among liberal, more secular Indians, there is what Kalyan Kumar Das, who teaches at Kolkata’s Presidency University, explained to me as a “left liberal resistance” to thinking of caste as a problem. Especially in cities, Das said, there’s a common misperception that caste “isn’t modern” and that, “we have a caste-free social space.”

This avoidance of caste has persisted from both the left and the right. Although a vibrant community of Dalit activists and writers has always upheld Ambedkar’s legacy, that work has long been intentionally kept out of the conversation.

“There were English language publishers dedicated to feminism and gender, to critiquing the rise of the Hindu right, to the environment, to the arts and so on,” Anand said. “Not one that took on caste and reached so-called mainstream bookstores.”

Anand originally founded Navayana in 2003, along with the Tamil poet and activist Ravikumar, now the general secretary of a Dalit political party in Tamil Nadu. At the time, Anand was a journalist living in Chennai. The difficulties he faced trying to file a story on the expanding field of Dalit literature underscored that within the English-language press, which is primarily owned, run, and read by upper-caste Indians, there was hostility toward even acknowledging caste, let alone listening to Dalit voices. Even before then, Anand remembered how hard it was to acquire a full set of Ambedkar’s writings.

But in 2007, Navayana was named International Young Publisher of Year by the British Council at the London Book Fair, an award that motivated Anand to move to Delhi and devote himself full-time to the company.

Today, in addition to posthumous work by Ambedkar, Navayana features a range of recent and contemporary Dalit poets and writers, such Namdeo Dhasal, Bhagwan Das, and Gogu Shyamala. And though Navayana has kept its primary focus on caste, it publishes select work of marginalized writers from around the world, too. Navayana is also the Indian publisher of Angela Davis and Slavoj Žižek, both of whom Anand helped bring to India to lecture.

Along with what Anand calls the “heavy hitting” titles, Navayana’s illustrated books may be among the most impactful. Bhimayana is a beautifully layered “graphic biography” that juxtaposes Ambedkar’s life story with recent news clippings of atrocities against Dalits. The sprawling illustrations, which use dots and dashes to create forms and texture, are based on the tribal art form of the Pardhan Gond community of central India.

When artists Durgabai Vyam and Subhash Vyam, a husband and wife team, were developing the concept for the book, they knew that, unlike conventional comics, they wouldn’t put their characters in boxes. “Our art is khulla (open), where there’s space for all to breathe,” the Vyams state in the afterword.

That same openness is what Navayana hopes to cultivate among their readers.

Liesl Schwabe, director of the Writing Program at Yeshiva College, is currently a Fulbright-Nehru Scholar in Kolkata, India. 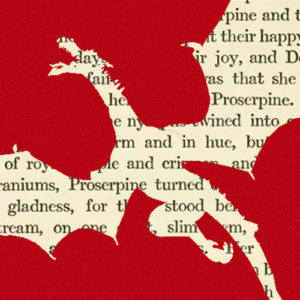 Well, that's it, friends. Game of Thrones is over. (A Song of Ice and Fire is not over, but much fewer people care about...
© LitHub
Back to top