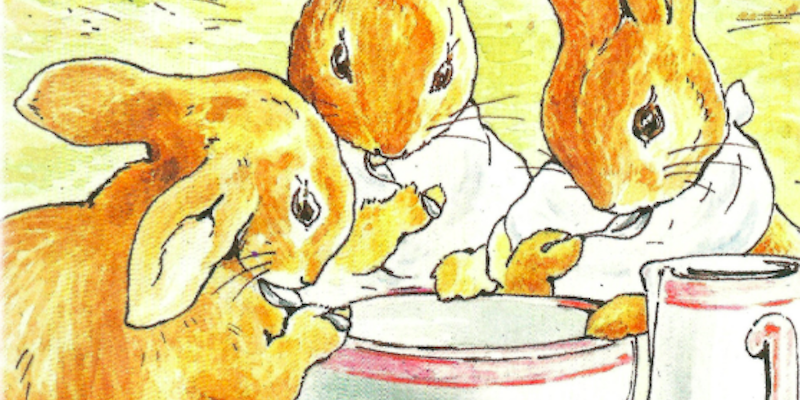 In honor of Beatrix Potter’s birthday, why not make her recipe for gingerbread?

On this day in 1866, Beatrix Potter—beloved children’s author, creator of Peter Rabbit (along with his slightly more rabbitly named sisters Flopsy, Mopsy, and Cottontail), and passionate naturalist who once told Roald Dahl to “buzz off”—was born. In the unlikely event that you haven’t yet nailed down your plans to celebrate, might I suggest preparing Potter’s own recipe for gingerbread?

One of a collection of hand-written recipes that was auctioned off in 2012, the gingerbread “requires a slow oven,” which, according to Merriam-Webster, is “an oven heated to a temperature between 250° F and 325° F,” as well as “washing soda,” which The New Antiquarian recommends replacing with common baking soda. It also calls for 3.5 pounds of treacle. So now you know what to do with all that extra treacle!

Here’s the full recipe, for all your Potter-fêting needs.

Add two thirds of the ale to the other ingredients and beat them well for some time then dissolve 1oz of common washing soda in the rest of the ale and add it just before you put it into the oven.

It requires a slow oven—(let all the ingredients except the flour and soda be put before the fire to dissolve for an hour or two.)