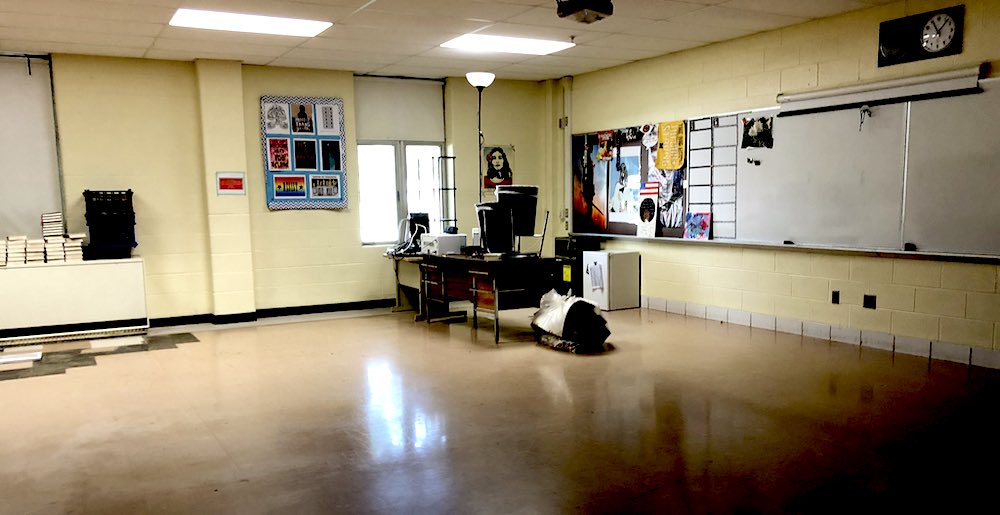 In the Empty Classroom of Jessyca Mathews

On June 8th, Jessyca Mathews tweeted a photo of her empty classroom at Carman-Ainsworth High School in Flint, Michigan. Fluorescent ceiling lights dimly reflect off the bare floor, the student desks whisked away for summer storage. Books line one side of the room. Posters hang from the front wall, next to the wiped-clean whiteboard. Mathews was leaving her room for the last time this year. “I want to say that it was filled with sadness,” she wrote, “but I felt nothing. I numbly cleaned & walked out. The world is on fire with racism. I had no emotions left for this space.”

School had been closed since early April, but if Mathews’s seniors in her Activism and Inquiry course had been in class, she would have talked about the protests that have spread across the country in response to the murders of George Floyd, Breonna Taylor, and so many others. She would ask her students where they stood on the issue of protests, and what more they could learn to help them understand. These questions give kids “a chance to process and express their emotions.” She says that to “push away their emotions [in response to] what we are all witnessing during this historic time would be damaging. They have every right to share out and seek understanding.”

Mathews has been seeking to promote understanding—and change—during her 20 years as an English teacher at Carman-Ainsworth, her alma mater. She tells me that as early as the fifth grade, her father knew she was going to be a teacher. “He said it again when he watched me at my first job as a basketball referee for my community on Saturday mornings and afternoons”—how she would “pull kids aside and explain to them why I had to call a foul on them or help them work on their form with shooting or boxing out. Only a teacher would do that.”

Back then, she was skeptical. As a senior at Carman-Ainsworth, she had no interest in becoming an educator. “I couldn’t be a teacher. Long hours. Small pay. Constant stress. No thanks.” But as a sophomore English major at the University of Michigan-Flint, Mathews realized that her father was right. Not only did she decide to become a teacher—she wanted to teach where she grew up. She never had a Black K-12 teacher. She feels the “system of education is one that is biased and oppressive toward the global majority (formally referred to as minorities in our country). To change the system, you have to be an active change.”

Change and activism are at the center of Mathews’s vision of teaching. Located in the Flint suburbs, Carman-Ainsworth is not part of the Flint Community Schools, but Mathews notes they are a school of choice for many Flint students. The school went from being “10% Black when I attended in the ‘90s, to over 70% global majority (mostly Black students) in 2020. It’s one of the most diverse schools in the state of Michigan and a space that I hold close to my heart for helping me become who I am today.”

That sense of community informs her teaching: she seeks to help students see that they are writing to communicate with a broader audience than just their teacher. A National Writing Project fellow, Mathews was contacted in 2016 by Trixie Long Smith, director of the school’s Red Cedar Writing Project. “She said that there was an idea being bounced around, but it would require a teacher from Flint that loved doing crazy ideas. Crazy is my thing. I said sign me up.” Mathews and her students teamed with Jan Tichy, a Chicago artist, and art students from Lansing Everett High School. Funded by a grant from MSU’s Broad Museum, students created an exhibit that included narratives written about their lives during the Flint water crisis. Their stories “were run through a copper pipe display, where attendees could turn on the spouts and hear their words.” Mathews says museum visitors “from around the world came to see and hear the messages of my students, plus they left messages of hope to be shared with citizens of Flint. It was a moment where my students saw that they had a voice worth hearing. That was when everything changed for me and my work. We have worked on developing, researching, and using our voices ever since.”

“If you are teaching the same way that your teachers taught you, something is wrong.”

Mathews’s teaching is fueled by this belief in the voice of her students, and how those voices can be cultivated through deep thought and reading. Her students begin each day by reading for ten minutes: “before I begin talking, before announcements, everyone reads.” The kids love it “because they are in control of their content, and they are focused on their growth. After a couple of weeks to start the school year, I don’t have to say a thing. The bell rings, and kids crack up their books and start.”

Her classroom library is stacked with books on activism and social injustice. Some titles include Police Brutality: All American Boys by Jason Reynolds and Brendan Kiely, the Nic Stone March trilogy by John Lewis, Andrew Aydin, and Nate Powell, Ghost Boys by Jewell Parker Rhodes, The 57 Bus: A True Story of Two Teenagers and the Crime that Changed Their Lives by Dashka Slater, The Mountaintop by Katori Hall, and Born a Crime: Stories from a South African Childhood by Trevor Noah, among others.

“Students are deep thinkers if you let them be,” Mathews tells me. “If we research and process, maybe we can find the right path toward change. The generations before these students haven’t figured it out. Maybe they can.” There’s humility and power behind such a vision. Mathews thinks teachers should go into the profession “to dismantle oppression. If you are teaching the same way that your teachers taught you, something is wrong.” Teachers need to live as examples for their students: “You can’t hug them and call them your children, then contribute to a system that hurts them. Be the change. Be the example. Give everything you can to change their world for the better.” 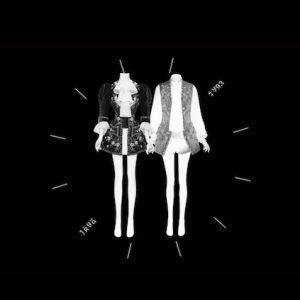 The one thing we all seem to know about time is that there’s just never enough of it. Where did you even find the time...
© LitHub
Back to top