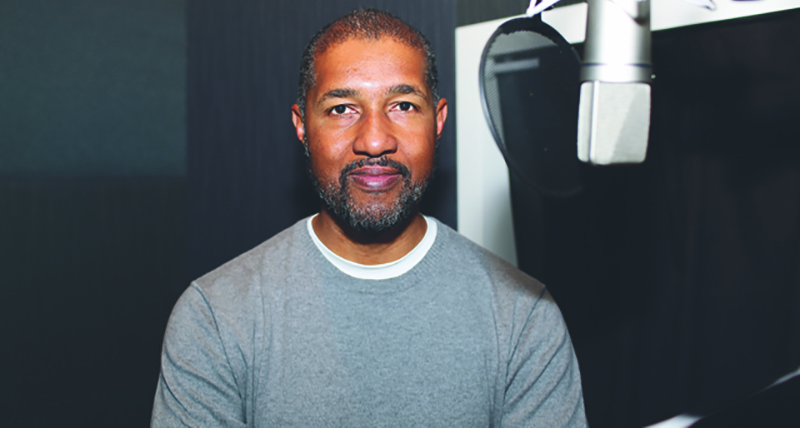 A Special Episode from the Behind the Mic Podcast

Author Nic Stone and narrator Dion Graham make a powerful team. Stone’s newest audiobook Clean Getaway came out this winter, and it’s another Earphones Award winner narrated by Dion Graham. We thought this was the perfect time to revisit our conversation with the author and narrator duo. Host Jo Reed spoke with both Stone and Graham when their audiobook, Dear Martin, first released.

Bringing an author and narrator together allows for a fascinating perspective on the creative forces behind audiobooks we love. Listen for a moving conversation about race and trauma, and learn more about Stone’s character Justyce McAllister, who chronicles his anger and trauma following a dangerous encounter with the police. Dear Martin combines Justyce’s letters addressed to Dr. Martin Luther King, Jr., with in-class conversations told from many perspectives. It’s a tricky audiobook to narrate on multiple levels, and Graham rises to the challenge to show Justyce’s depth of character and inner conflict.

Jo Reed: Apart from the multitude of voices and styles that the book contains, the narrator might be in the third person, but it’s in a lot of ways filtered through the eyes of Justice, a seventeen-year-old kid. So, Dion, I’m curious about how you sort of deal with that narrative voice of authority and still sound like young.

Dion Graham: Thank you, Jo. That’s a great question, too. Well, you know, in all of my work and certainly in my narration, it’s always the number one thing I try to do is I really just try to be open and sensitive to the book and what the author of the book is telling about how the story wants to be told. So that’s number one. And it’s not always the same. In fact, it’s never the same. It’s always different. But in this instance, well, in all instances, but particularly this instance, I think it was really important to locate the humans in this story, because without doing that, not Nic’s wonderful writing but the telling of the story, could easily become cliched or just an archetypal story in which we would be way ahead of everything that’s happening and think that we know everything.

Jo Reed: So why do we really need to tune into the story like a morality tale?

Dion Graham: Exactly. Exactly. I think that in locating these very real and very sensitive young people and allowing them to live where they are and and hopefully reveal them in all their complexity and simpleness and hilariousness and also pain in terms of trying to grow up and find out who they are. I think that was the way to go. I think in terms of just bringing it to life in a way that was was rich and dynamic.

Jo Reed: Dion, did you reach out to Nic before you narrated the book?

Dion Graham: I did, actually. Fortunately, our producer facilitated that for us, and I’m really thankful that we were able to have a chance to talk ahead of time. I always find it useful to talk to the author a little bit and have a little chat. It’s not always lengthy or extensive, but I always find out something that I might not have known, which really, really informs the storytelling. It was great. I think we can say from the get go, Nic, we were in synchronicity.

Nic Stone: Yes, absolutely. I appreciated it, too. You know, there’s something very nice about the person who’s going to narrate this thing that I’ve like poured my essence into actually wanting to ask me questions about it. That made the whole audiobook experience so valuable to me. Then, of course, like I said before, he nailed it. So it’s been a very fulfilling first experience, I will say.

Looking for a bookish community that focuses on positivity and inspiration? That’s Page Chaser’s mission: to have conversations with avid readers who are believe that everything is worthy of discussion—from Mister Rogers to the Hunger Games to Little Women. Join the Page Chaser crew at www.PageChaser.com, where you can read articles, watch videos, sign up for amazing bookish deals, and so much more.

It's a bird! It's a plane! It's the Nebula Award finalists!

Behind the Mic: On Cast Away by Naomi Shihab Nye, Read by the Author 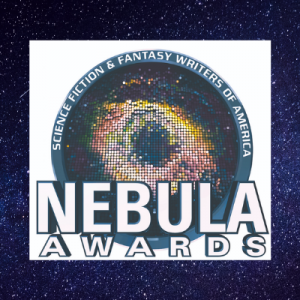 It's a bird! It's a plane! It's the Nebula Award finalists!

Congratulations to the finalists for the annual Nebula Awards! Presented by the Science Fiction and Fantasy Writers of America,...
© LitHub
Back to top