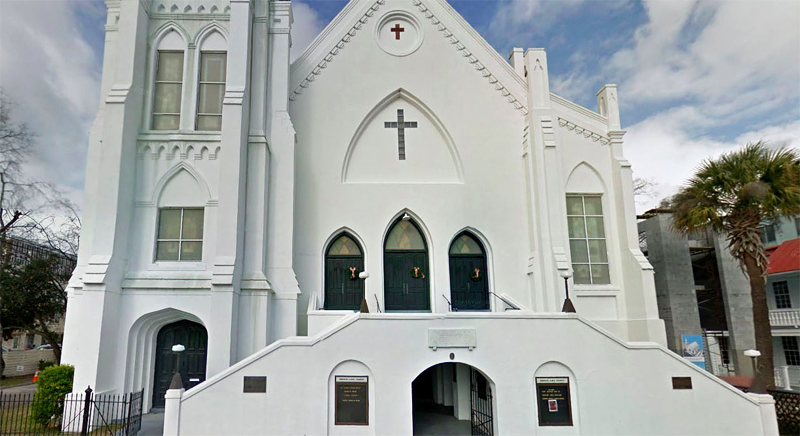 In Charleston, One Year Later

Shani Gilchrist Walks the Streets of Her Complicated City

Since I started living in Charleston I’ve been hesitant to walk visiting friends through some of my typical daily routes. I understand why some people ask questions like “Isn’t it hard to see all of this every day?” and “How can you live here?” When the physical remnants of history aren’t typically things seen without the purchase of a museum ticket, the mystery of this and here is difficult to grasp. But still, I grow tired of having to explain myself from a defensive stance. I had to do that often before we moved here from a different part of the state, when liberal Northern and Western friends had a hard time understanding it when they found out that for a while I did the bulk of my writing out in the country on an old plantation which belonged to my former next-door neighbors. It’s been in their family since it was established in 1768. My writing studio was in a former kitchen house which sits several yards from what used to be slave quarters.

How can you go there?

Isn’t it weird to be there?

Do you go alone?

How can you be friends with these people?

That last question is the one which would light a protective spark in me.

These people consist of a masseuse and a political consultant, who own the property with his brother, an attorney, and his brother’s wife, who is an artist. These people watched my children when I had such terrible bronchitis I felt like I’d be better off jabbing a straw into my lungs to get some air. These people comforted me when I ran over a rabbit in my driveway with my truck and then wordlessly cleaned up the mess. My husband and I got torn up with them during a winter storm that left us all stranded in our neighborhoods because the roads were closed due to lack of salt and snow plows. They were some of my biggest cheerleaders when I finally threw myself into the joys and agonies of being a serious writer. These people have family reunions with white and black relatives who descended from both the good and the terrible things that came with the inhumanly human stories of plantation life. These people aren’t out seeking a congratulatory pat on the back for being modern, “good white people” because to do so when, after generations, family is family is family no matter how a family became so, is kind of stupid? No, this is a family that treats its past as something that exists and can’t be rewritten. This is a family that isn’t seeking redemption for the sins of their ancestors, doesn’t camouflage those sins. They’re simply doing what it takes to be good friends and decent family, now, in the present. They aren’t slaveowners and they don’t pine for the days of watching human tools break themselves while working in the cotton fields. They are my friends, in a friendship that puts that past in a transparent box—visible, up for discussion, but without danger of contamination. So when they offered me a writing space in a part of a county I love, nothing about it seemed weird or awkward to me. That was difficult to explain to people who’ve been brought up apologizing for the racist weirdos down South despite having plenty of racist weirdos of their own up North.

In Charleston, it’s a little different. Earlier I said that I don’t think about that mysterious it which encompasses 250 years of white barbarism, black oppression, black anger, white fear, white anger, and black fear. But that isn’t necessarily true. I guess the proper way to put it is that I live with it. I don’t usually analyze the atrocities of the slave economy while walking to the store to pick up a carton of milk. Instead I live amongst stories that have been and are waiting to be told as I do amongst my neighbors here. Some stories are nice. Some stories are assholes. All stories have layers that make them complex, unique, ugly, beautiful, and/or horrifying. It’s living. History is living. History, like people, can be very flawed. If you can’t stare the difficulties and tragedies of the past in the face as you get on with your world, you’re just letting those difficulties and tragedies continue to rule the present. That’s what I do, and while I don’t delve into deep thought about it during my daily routine (unless I’m writing about it), I’m proud to be putting the past in its place simply by being myself.

This isn’t to say I don’t notice the many contradictions in my midst. Like the horses and carriages that get in the way of the carpool line at my son’s school while their drivers, dressed in red sashes and kepi hats similar to the ones worn by members of the Confederate infantry, tell embellished stories of the colonists’ benevolence toward the hungry and poor. There are the lines of people going into the Old Exchange & Provost building, where tour guides tell the story of how the Declaration of Independence was first presented there, that pirates were once kept in the dungeon. Before March 2016, tourists wouldn’t have known—though the more historically savvy amongst them may have sensed—that African slaves had been sold from this spot. The enslaved men, women, and children were brought in—exhausted, dazed, and malnourished—from Gadsden’s Wharf, where an estimated 40% of all enslaved Africans brought to North America were taken if they survived quarantine in the “pest houses” at Sullivan’s Island, which in 2016 is a favorite place for my family and I to go for beach picnics. Since last spring, the lives and bodies which were sold as common tools and goods at the Exchange have been added to the city’s official list of acknowledgements via a prominently displayed historical marker. Before this admission, the only “known” building where slaves were sold in Charleston was the Old Slave Mart Museum, located on Chalmers Street, a block off of historic old Broad Street and near the corner of beautiful Church Street.

Gadsden’s Wharf was located near what is now the South Carolina Aquarium, one of the places my sons love to go to check on the babies in the sea turtle hospital and marvel at sting rays and sharks. The former wharf is also the future location of the International African American Museum, which will operate with the aim of becoming an “international center of learning where individuals, families, and groups will advance their understanding and appreciation of American History, particularly the role of African Americans in creating the country and world we know today.”

There are strange moments, like one I had the other day as I was walking to a popular restaurant and butcher shop and realized—for the first time, due to my poor sense of direction—that I was walking through what used to be a neighborhood called The Borough. This was a black neighborhood that stretched from near the former wharf to Calhoun Street, its boundary marked by an old building called The Arch, which during the 1800s was a sort of gateway to the tunnels leading to the port. The Borough was essentially destroyed in the 1960s to make a pretty area for the Gaillard Municipal Auditorium, a performing arts venue that was recently renovated and re-dubbed “The Gaillard Center.” On Memorial Day Weekend this year, a full, professional, and markedly less caricatured production of Porgy & Bess opened Charleston’s annual Spoleto Festival in that spot. It was the first time the opera had been performed in such a manner here since a 1970 production rocked the city by integrating the auditorium for the first time. My white husband and I scurried into the Gaillard just in time for the curtain to rise last week, blushing as friends ribbed us for being late when we only live a block away.

I rarely go a day without passing by or through Marion Square. On Saturdays there is a bustling farmers market in the park where we purchase local produce while our kids throw themselves around inside seemingly unstable bouncy houses. We try to get there before 10am because it gets crowded quickly during tourist season, when locals and visitors awkwardly make their way around each others’ vastly different agendas beneath the glowering statue of one of history’s biggest advocates for the slave economy, John C. Calhoun. Hardly anyone notices him 80 feet above our heads, which I imagine would irritate the hell out of Calhoun, especially if he knew that the Holocaust Memorial next to his statue is a more referenced landmark.

Through tragedy, the country became aware of Mother Emanuel AME Church a year ago today. The people and activities of this 230-year-old institution have, in some way or another, been a part of every bit of history I’ve mentioned above. Mother Emanuel is as much or more a part of Charleston’s stories and complexities than any existing organization in the city. In We Are Charleston: Tragedy and Triumph at Mother Emanuel, Herb Frazier, Bernie Powers, and my friend South Carolina poet laureate Marjory Wentworth highlight the essential thread this church has been within the rich tapestry of Charleston’s history. The church was and still is an involved and active hub for the spiritual nourishment and activism in the community, continuing the daily routines necessary to keep working for the people of Charleston. And it doesn’t pull away because the history of the place is hard and hurtful—even the very recent history. Mother Emanuel lives. It does its job. It thrives amongst the complex stories and complex people because it too is storied and complex. It thrives amongst the complexities and contradictions, because what happened in the past is not what is happening now, and the best way to continue to unblur the lines between the two is maintain honesty about what was versus what is, and to live and work for what will be.

Shani Gilchrist is an author and freelance journalist. Currently she is writing the story of the her unconventional upbringing in the conventional South.

The Last Book My Father Read 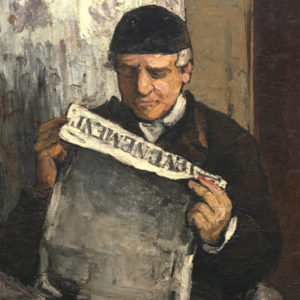 The Last Book My Father Read

My dad worked a lot of jobs. As a young man, in Ohio, he repossessed cars for a summer. (“Don’t ever repossess cars,”...
© LitHub
Back to top