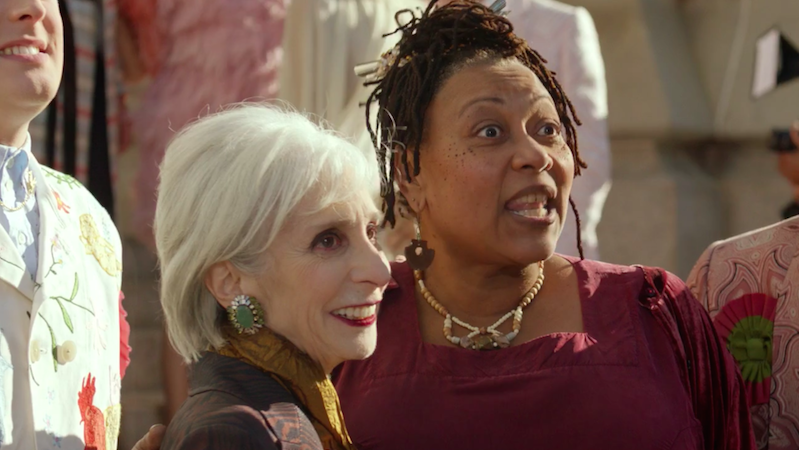 I am a huge fan of Search Party, the formerly-of-TBS-now-of-HBO Max comedy about a group of millennial friends who take it upon themselves to solve the mystery of a college acquaintance’s disappearance… with surprising results! The cast is fantastic, the writing is great, the costumes are perfect, and this season has the exciting bonus of a rare Deborah Eisenberg cameo.

Eisenberg, who has been in a relationship with Wallace Shawn for many years has, according to her IMDB filmography, appeared on screen precisely five times, including in an episode of Gossip Girl, playing herself. (Shawn also appears in this Search Party episode, but I’m really in it for the Eisenberg.)

Eisenberg plays Mercy, the mother of one of aforementioned millennials’ fiancé, and, when introduced alongside her wife, Ghost, delivers the iconic line “But my name is unusual, too.”