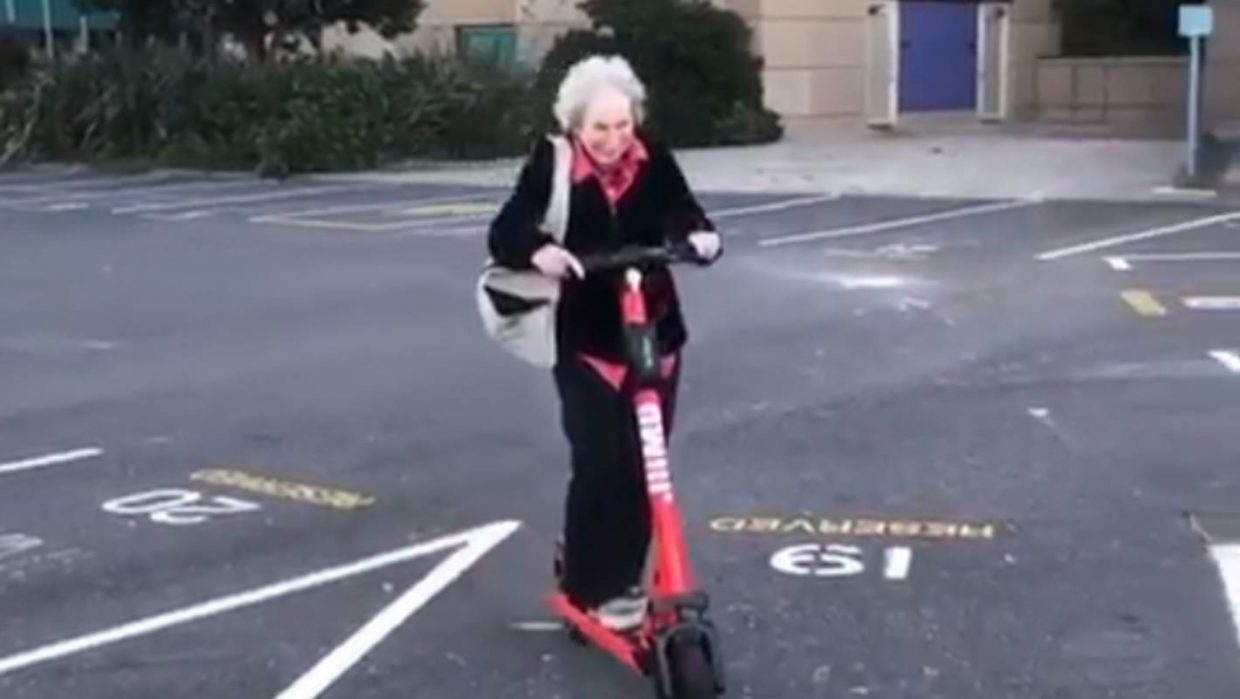 In case you missed it, here’s Margaret Atwood on an electric scooter.

Beloved literary titan Margaret Atwood is currently in New Zealand to promote the release of The Testaments, her Booker Prize-winning sequel to the 1985 dystopian classic The Handmaid’s Tale.

However, if you think Atwood is the kind of author who confines herself to cloistered, bookish pursuits while on tour, well, you are sorely mistaken, my friend.

Throwing caution to the wind during a period of downtime between events, the octogenarian poet and novelist, like Steppenwolf before her, got her motor running and headed out on the highway (or, rather, the parking lot), sans helmet, on a cherry red electric scooter.

I shouldn’t have, but I did. That’s Alex @FaneProductions killing himself laughing. I didn’t run over anyone (this time). #wellington N Z: filled with temptations! pic.twitter.com/WJynbkG28X

Reports that Atwood has been bitten by the extreme sports bug and is currently en route to the Nevis Highwire bungee jump in Queenstown are, at the time of writing, unconfirmed.