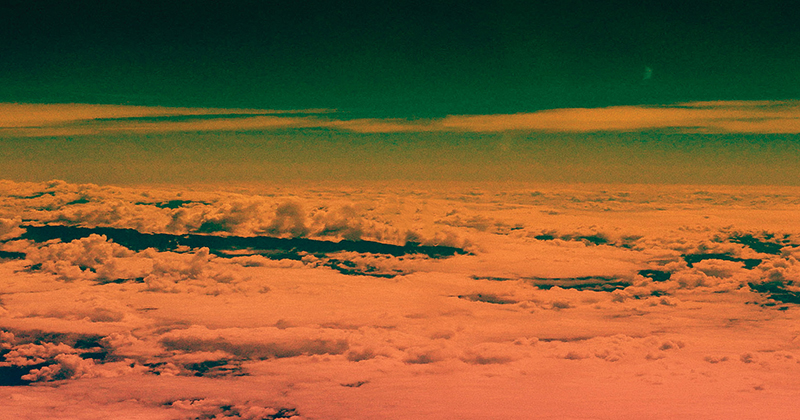 Deji Bryce Olukotun on Making the Shift to Genre

In 2016, an old scam began circulating on Facebook about a man who needed to collect money to rescue his cousin, a Nigerian astronaut, from space. One Dr. Bakare Tunde explained that he needed to raise $3 million to save the astronaut from a secret Soviet-era space station where he was trapped. The email seemed preposterous—the astronaut would have been stuck on the space station for some 25 years—but the subject of the scam wasn’t entirely far fetched. Nigeria does operate a space program that is managed by the National Space Research and Development Agency, which the scammer accurately described. And in 2016 Nigeria announced it really would be sending a manned mission to the moon.

The scam illustrates the complexity of writing about Nigeria today, and navigating for a reader what is plausible and what is purely fanciful. I visited Nigeria’s space program in 2014 and met with its lead engineer, who dashed off from our meeting to serve as the pastor at his church. The country’s 250 diverse ethnic groups maintain their traditions, and two out of the country’s last four presidents disappeared from the country for several months with no official explanation. (They were sick and didn’t trust Nigerian medical care.) Nigeria also boasts the third largest film industry in the world, called Nollywood, which shapes cultural norms all over the continent and in the Nigerian diaspora. Each of these facts by themselves could seem completely made up.

Perhaps even more perplexing, the country has embraced the digital age in its own way, which is to say unequally. When I visited Nigeria earlier this year to speak at a technology conference, aerospace engineers and artificial intelligence entrepreneurs shared the same streets as beggars and amputees. On a different trip, nomadic herders grazed their goats outside technology campuses. And several hundred miles away, schoolgirls turned fitfully in their beds for fear that Islamic militants calling themselves Boko Haram would snatch them in their sleep.

I enjoy a swiftly paced adventure story which draws my eyes along the page, even if I know that in the frenetic pacing something is being lost—believable characters usually, or plot holes that are glossed over with a colossal explosion. And as a Nigerian-American, I’ve longed to write an adventure story set in West Africa. But we’ve come a long way since the days of Allan Quartermain slashing through jungles wearing a pith helmet, and it’s been nearly 40 years since the release of Michael Crichton’s novel Congo. In setting out to write a novel, my challenge was to craft an adventure story that embraced Africa in its 21st-century complexity, instead of its fabled exoticism.

“In setting out to write a novel, my challenge was to craft an adventure story that embraced Africa in its 21st-century complexity, instead of its fabled exoticism.”

Old adventure stories thrived on extraction—finding lost riches with promises of redemption and extravagant wealth. But this mode of storytelling went out of vogue with colonialism. King Solomon’s mines today are plundered by multinational conglomerates like Debeers instead of crown and country, and oil is squeezed from the earth by faceless holding companies like Royal Dutch Shell.

Crichton’s adventure novel Congo (1980) aptly embodies the switch from extraction to corporate domination in Africa. Written as a series of internal corporate memos, the narrative follows a race through the former country of Zaire between competing American and Japanese firms searching for industrial diamonds. The Kikuyu porters are depicted as brave and reliable, and the ancient people of the lost city of Zinj are described as “relatively tall blacks.” Crichton is well aware of the gentleman explorer tradition and gives agency to certain African characters, but he closes the novel with a tribe of “white painted” Kigani warriors shooting at the heroes with “poison-tipped arrows,” which the heroes evade by killing the Kigani “sorcerer.” White painted cannibals would have thrilled even Tarzan himself. Though I don’t want to be overly critical since Congo was published in 1980 and Crichton brilliantly anticipated how technology would impact the abundant mineral resources of central Africa, the novel hasn’t aged well through a critical lens.

I’m wary of continuing the extractive mode of storytelling when writing about Nigeria. Several brilliant Nigerian authors write with inventiveness and authority about the plunder of their homeland. Okey Ndibe’s 2014 novel Foreign Gods, Inc., for example, explicitly dealt with the theft of Nigerian cultural patrimony. In his novel, a Nigerian man living in America steals an ancient artifact to sell to an international art dealer. Chris Abani’s 2004 breakout novel Graceland dealt with organ trafficking within the megacity of Lagos, revealing how extraction would not even stop at reaching into people’s bodies.

There can be entertainment value in creating a pan-African vision of the continent, like the kingdom of Wakanda in Marvel’s Black Panther series, which has featured the award-winning writer Ta-Nehisi Coates and artist Brian Steelfreeze. The Black Panther is a thoughtful celebration of African achievement, but comic books tend to traffic in grand narratives that oversimplify cultures. For example, Kugali Media, a site covering African sci-fi and culture, has noted that the comic blends dress styles in a way that would be nonsensical for Africans. To me Nigeria’s size and history beckon specificity. In that specificity, there are compelling stories and there is beauty. So I set my novel in Houston, Texas and in Kano, a city in the north of the country.

There is also a strong tradition of noir and detective fiction across sub-Saharan Africa, with successful authors like Mukoma Wa Ngugi, Mike Nicol, and Lauren Beukes, who incorporated detective fiction in her 2010 speculative fiction novel Zoo City. Noir enables the writer to peek beneath the surface of complex societies, and deftly reveal the structural tensions at play. My first novel Nigerians in Space drew upon noir traditions, combined with some fantastical folklore, to depict South Africa and Nigeria as I saw it. But noir didn’t work for me in depicting Nigeria today. The extreme contrasts in the country—of inequality, of the adaptation of technology—were too epic in scope to reduce to a hardboiled plot.

Creating a science fiction adventure freed me from these numerous literary constraints. By writing science fiction, I could imagine Nigeria for what it could become, rather than what it already is. After the Flare opens with a catastrophic solar flare that shorts out electronics and fries server farms across the American prairies. As the U.S. and Europe are thrown back to the 19th century, only countries that escaped the full impact of the flare can come to the rescue, and Nigeria is one of them. The flare also allowed me to envision what the syncretism of high technology combined with cultural traditions might look like in near-future Nigeria. If Nigerians were not trying to keep up with the disruptions of Silicon Valley, how might they blend their local conditions with the technology? How might they innovate around everyday problems that they face? What about tribal identity? Or the blockchain?

Adventure stories thrive on simplicity and streamlined plots, which is challenging in a complex country like Nigeria. But a science fiction adventure—the kind that I like to read—entices us to imagine not only our better selves but a future in which we would dare to live.

Deji Bryce Olukotun is the author of After the Flare (Unnamed Press, 2017) and Nigerians in Space. He is a fellow at Future Tense and a technology activist. @dejiridoo 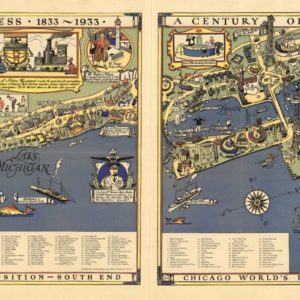 In 1920, America’s leading literary critic, H. L. Mencken, took up the case of Chicago. In a piece for the London edition...
© LitHub
Back to top