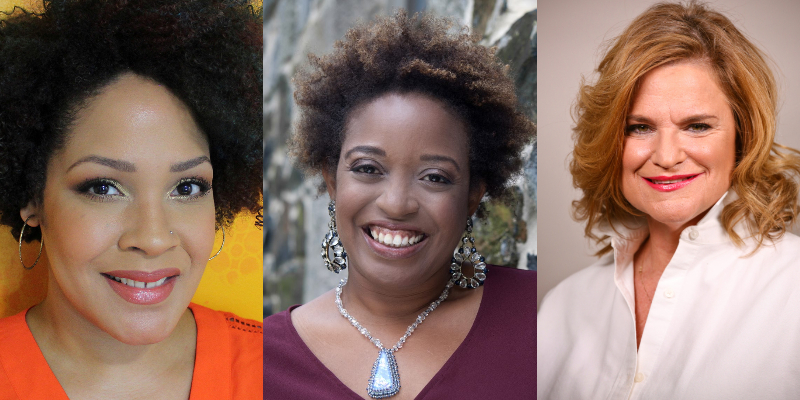 Roxanne Coady: As I read all your books—which, I’m just going to remind everybody, they’re absolutely must reads—I was reminded of a quote, it’s one of my favorite quotes from some 19th-century humorist, and the quote is that “we love live conformists and dead nonconformists.” We love the work that somebody did afterwards, but while they’re the noisy one, raising their hand and being adamant in making people uncomfortable, we want them to go away and be quiet.

And as I read your books, I realized how each of you are brave and nonconformist. So I wanted to ask each of you the question of what do you think gave you the confidence and the bravery to be fighting the fight that each of you are fighting?

Leslie Gray Streeter: Well, I’ll start. I think a lot of it began with I was blessed with a support system and parents who, when I went to college in 1989 my parents said, I know this is going to be heavy, but let me tell you, you are representing black people and women to some people. When you go into journalism, you go into classes, and they will never have met a black person before maybe. And I hate to lay it on you, but you got responsibilities to your ancestors. Like, oh, lord. Because that’s a lot. But it’s true. And I think that I was raised by people who expected me to be up to the challenge.

They knew that I was going to be told, as I was by many people, you can’t do this. You can’t be a movie critic because there aren’t any black female movie critics, or you’ll never be a columnist because who cares. And I just kind of went—well, it pissed me off, so that too—but also I was supported enough. I know a lot of people don’t have that support so they fight against it, and that’s what makes them great and that’s what makes them challenged. I had both. I was told by people who didn’t know me that I couldn’t do these things, but I knew I had enough people with my back—my mom, my grandma, my twin sister, my daddy, whoever—who were like, don’t worry about those people, do what you know you need to do.

I’m also probably a little cocky. And as a woman, it’s okay to say you’re good at what you do, you know what you’re doing. I’m a good writer, and I know I am. I’ve always been a good writer. I’m not maybe the best writer, but I know that I’m really good. And so, to get to this point as women where we’re not self-deprecating. We don’t go, oh, I looked great today, but my butt was fat. Or, well, I’m funny, but maybe—ugh. Just do your thing, dude. Just do what you do and know that you do it well because there are enough people who are going to tell you that you can’t. So don’t you be one of them.

Ijeoma Oluo is the author of the #1 New York Times bestseller So You Want to Talk About Race. Her work on race has been featured in the New York Times and the Washington Post. She has twice been named to the Root 100, and she received the 2018 Feminist Humanist Award from the American Humanist Association. She lives in Seattle, Washington.

Jennifer Palmieri is the #1 New York Times bestselling author of Dear Madam President. She was the Director of Communications for Hillary Clinton’s 2016 presidential campaign. She has previously served as the White House Communications Director for President Barack Obama and as National Press Secretary for the John Edwards presidential campaign in 2004 and the Democratic Party in 2002. She is currently President of the Center for American Progress Action Fund, frequently appearing on television, radio outlets, and lectures throughout the country.

Leslie Gray Streeter is an entertainment columnist for the Palm Beach Post. Her writing has been featured in the Miami Herald, Modern Loss, and elsewhere. Streeter’s many speaking engagements include annual appearances at Camp Widow, a national organization for widowed people reaching nearly 500,000, and a series of book club events for women. Leslie lives in West Palm Beach with her mother, Tina, and her son, Brooks. 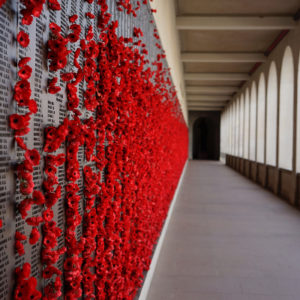