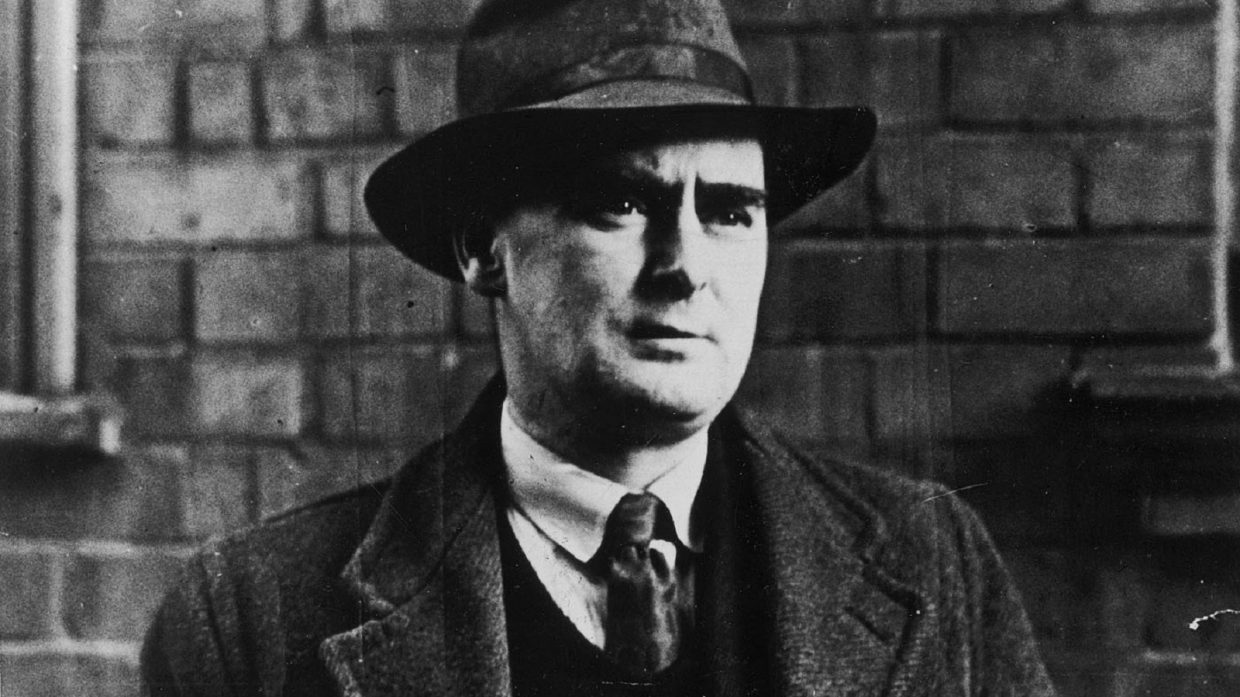 If you have a book coming out in the next few months, don’t despair. Flann O’Brien knows your pain.

I know you’re worried. I know that one of the countless disheartening aspects of the COVID-19 shutdown is how little oxygen it leaves for other preoccupations, whether troubling or joyous. I know that many of you are sitting at home right now, wondering whether your book—this thing you’ve poured your heart and soul and Id into for god knows how many years—will, upon release, disappear into the dense fog of pandemic anxiety, never to be seen or heard from again. I also know that you’re reluctant to air these worries. Don’t be. You are allowed to vent. You are allowed to miss going to the movies, watching sports, attending weddings and happy hours and greeting other dog owners at the park. And if you’re allowed to miss these things, you are damn sure allowed to talk about your book release anxiety. It doesn’t mean you don’t care about health workers and pensioners, or that you’ve lost sight of the enormity of the crisis, or that you’re some precious, solipsistic jerk. It means you’re human.

I wish I had some insight into how the next few months will play out for writers and for the publishing industry. Whether we’ll have gotten the virtual book launch thing down pat by May. Whether a tour-free, social media-focused book release strategy will actually prove superior to the old model. Whether boredom and wartime solidarity will continue to yield an uptick in book sales, especially from independent sources. Whether 2020 will be remembered for anything but the pandemic. Unfortunately, much like Truman Burbank, I don’t know how it’s going to end.

What I do know (because history) is that nothing lasts forever and, to quote the knight in The Faerie Queen, “there is nothing lost, that may be found if sought.”

Jesus Christ STFU, Dan, I hear you say, and I will, soon(ish), but first, to illustrate my point (and for the day that’s in it), I want to give you an example of another author who was unfortunate enough to have his book come out at the beginning of an all-consuming global catastrophe, and who ultimately came through the fire.

In 1939 Irish satirist Brian O’Nolan aka Flann O’Brien, who died on this day in 1962, published what is now considered to be one of the greatest English-language novels of the 20th Century: At Swim Two Birds. Unfortunately for Flann, the world was a little distracted at the time. By the outbreak of WWII, the book had sold less than 300 copies (despite having received ringing endorsements from James Joyce, Jorge Luis Borges, and Graham Greene). To compound Flann’s misery, in 1940 his publisher’s premises were destroyed during a bombing raid by the Luftwaffe and almost all the unsold copies of At Swim Two Birds were incinerated.

Things weren’t easy for Flann in the years and decades that followed. His writing was never widely appreciated in his lifetime, nor indeed for many years after his death. For most of his working life he was imprisoned within the drab purgatory of the mid-century Irish civil service. He struggled with alcoholism, depression, and a crippling sense of failure owing to the rejection of his darkly comic novel about the nature of time, death, and experience, The Third Policeman. But he also wrote the weird and wonderful books he wanted to write, penned a wickedly satirical column for The Irish Times for almost twenty years, trolled the powers-that-be of Holy Catholic Ireland in his pseudonymous letters to newspapers, and was part of a rich and intellectually stimulating (albeit debilitatingly alcoholic) cadre of Irish writers who respected and admired his work. Perhaps most importantly (if you’re someone who prioritizes the whole legacy thing), his writing lived on. His novels and columns and plays have been studied and celebrated and beloved by generations. They have survived. Flann didn’t believe they would, and that took a sizable toll on him, but they did.

What I’m trying to say is this: no matter how tumultuous and destructive the storm into which your book is born may seem, it too shall pass, and when it does what you’ve created will still be standing. You must believe that. You must believe that your work will survive this; that even if its beginnings are inauspicious, your work will be rediscovered over and over again—perhaps by millions, perhaps by an impassioned few—and that you will go on to have a long and multifarious literary life, full of dizzying highs and crushing lows, triumphs and disappointments. Same as it was for Flann. Same as it ever was.