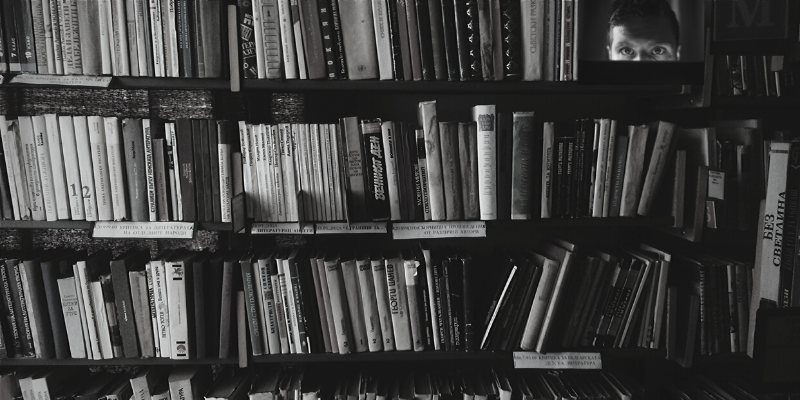 Idaho coward attempts censorship by hiding books in the public library—but one writer strikes back.

Apparently, an incredibly immature person has been hiding books in the Idaho public library that they don’t want the general public to read. Some of the books have simply been turned around so the spine can’t be read (a very lazy attempt, if you ask me), while others have reappeared in wildly incorrect sections or vanished altogether. Missing/relocated titles include Michael Wolff’s Fire and Fury, Rick Reilly’s Commander in Cheat, and a plethora of other titles covering LGBTQ issues, immigration, and human rights. (Honestly, the stolen books would probably make a great recommended reading list.)

In a comment card box, the culprit (brilliantly nicknamed Hidaho) left a note: “I noticed a large volume of Books attacking our President. I am going to continue hiding these books in the most obscure places I can find to keep this propaganda out of the hands of young minds. Your liberal angst gives me great pleasure.”

Good luck with that!

However, Rick Reilly has decided to retaliate by giving Hidaho a taste of their own medicine. The author of Commander in Cheat is going to hide ten copies of his book around the library. “You can hide one of my books, Hidaho,” he writes, “but can you hide 10?”

What started as a feeble attempt at local censorship has gotten international attention. Kind-hearted individuals from all over the world have shared the story and offered to donate to replace the lost titles.