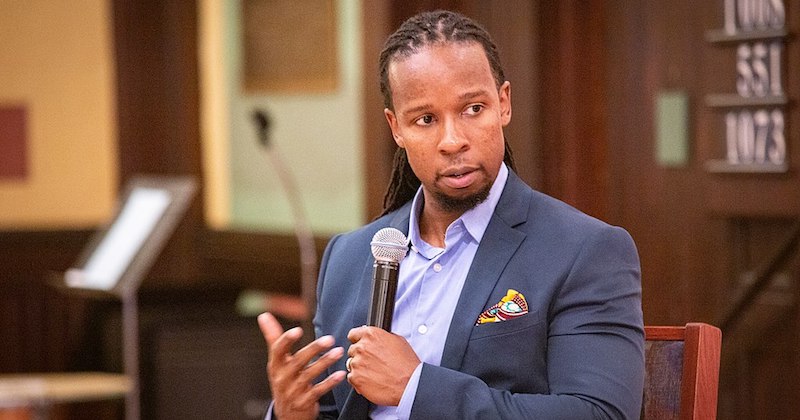 As the saying goes, “Those who cannot remember the past are condemned to repeat it.” Considering his literary output, I’m willing to bet that National Book Award winner Ibram X. Kendi would wholeheartedly agree with this statement. And now, the author of Stamped (2017) and How to Be an Antiracist (2019) is working with the Boston University Center for Antiracist Research and the Boston Globe to ensure that the past doesn’t stay buried.

Kendi recently announced that he would be (re)launching The Emancipator, a new media platform that reimagines and pays tribute to 19th-century abolitionist newspapers. The Emancipator was originally founded in Tennessee in 1820 by Elihu Ebree, a slave owner who renounced his former views and became an abolitionist at the age of 30. The newspaper is credited as “the first newspaper in the United States solely devoted to the abolition of slavery.”

The platform plans to operate on a “hybrid newsroom” model, providing space for “world-leading experts” and “community voices captured by student journalists.”

Kendi, who is also the founding director of the Boston University Center for Antiracist Research, said in a press release, “This reimagined platform will marry the best of scholarship and journalism to analyze, comment, and seek truth about the racial problems of our time.”

The Emancipator is set to officially launch later this year; the content will be free.

And for anyone in the market for a new job, the platform is currently seeking two co-editors in chief.

To learn more about the platform or the open editorial roles, sign up here for the project’s newsletter, Unbound.

Like Loading...
1619 Project antiracism Boston Globe Boston University Center for Antiracist Research How to Be an Antiracist Ibram X. Kendi Jelani Cobb Nikole Hannah-Jones social justice Stamped from the Beginning The Emancipator Unbound
© LitHub
Back to top
%d bloggers like this: