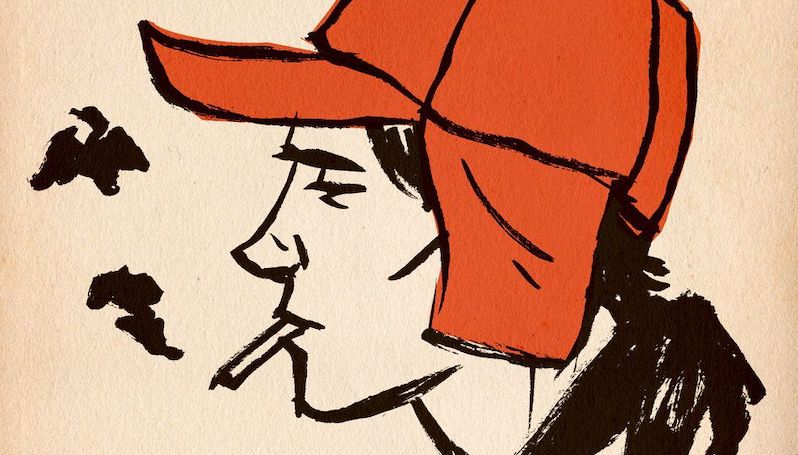 I want to wear all the clothes from The Catcher in the Rye.

In honor of the 70th publication anniversary of The Catcher in the Rye, I was planning to write the definitive essay on the novel’s place in the canon, but then I remembered that no discourse in the world bores me as much as Books You Read in High School Discourse and I decided to write about clothes instead. Because while you won’t trick me into a discussion of the literary merits of The Catcher in the Rye, I will absolutely die on the hill of its sartorial merits.

I would like to own every article of clothing described in this book, starting with the famous red hunting cap: “It was this red hunting hat, with one of those very, very long peaks.”

Though Holden describes the hat as “very corny,” it sounds like a practical statement piece for fall. Eye-catching, affordable (“It only cost me a buck”), and it’s a symbol? Sounds like the perfect thing to pair with the hound’s-tooth jacket you don’t want your roommate stretching out with his goddam shoulders and all. (Said roommate’s “gray flannel,”—which is out of commission because he “spilled some crap” all over it—sounds like something I’d want to wear too, once it’s clean.)

Later in the book, Holden mentions his set of Mark Cross suitcases, which are “genuine cowhide” and “cost quite a pretty penny.” He mentions them in a story about the class anxiety of another former prep school roommate, who called the suitcases bourgeois but also wanted their classmates to think the suitcases were his. Hey, I’d want people to think they were mine, too! I googled “Mark Cross vintage suitcase” to confirm what I already knew: these suitcases are stylish as hell (and they still cost quite a pretty penny).

When Holden meets up with Sally Hayes, she’s wearing a black coat and “sort of a black beret. She hardly ever wore a hat,” Holden says, “but that beret looked nice.” Though I’m generally skeptical of berets (how are they supposed to lay, exactly?), I’m inclined to trust Holden when it comes to hats. I wish I had more information about the coat, but if you see me this winter in a matching coat-and-(sort of) beret set, you’ll know why.

When Holden and Sally go ice skating at Radio City, Sally rents a skating dress. Now, would I personally rent a dress at Rockefeller Center? Probably not! But apparently Sally looked hot in hers. “[A]fter they gave us our skates, they gave Sally this little blue butt-twitcher of a dress to wear. She really did look damn good in it, though.”

I go back and forth on whether the objectification of Sally is icky here, but given that renting the dress was her main impetus for suggesting ice skating (at least according to Holden), I’m going to allow her the agency to delight in an ass-forward skirt. Get it, Sally! I, too, enjoy clothing that makes my butt look damn good.

Of course, the best-dressed (and best, period?) character in the novel is Holden’s ten-year-old sister, Phoebe. When Holden sneaks into his family’s apartment toward the end of the novel, he finds Phoebe’s clothes laid out neatly (“She’s no slob”):

She had the jacket to this tan suit my mother bought her in Canada hung up on the back of the chair. Then her blouse and stuff were on the seat. Her shoes and socks were on the floor, right underneath the chair, right next to each other. I never saw the shoes before. They were new. They were these dark brown loafers, sort of like this pair I have, and they went swell with that suit my mother bought her in Canada.

A precocious-but-not-obnoxious kid with a great-looking tan suit with socks and loafers folded neatly on a chair so they catch her brother’s eye the moment he walks into the apartment to wake her up to shoot the breeze with him so he doesn’t fall off the edge of the world? Peak Catchercore.