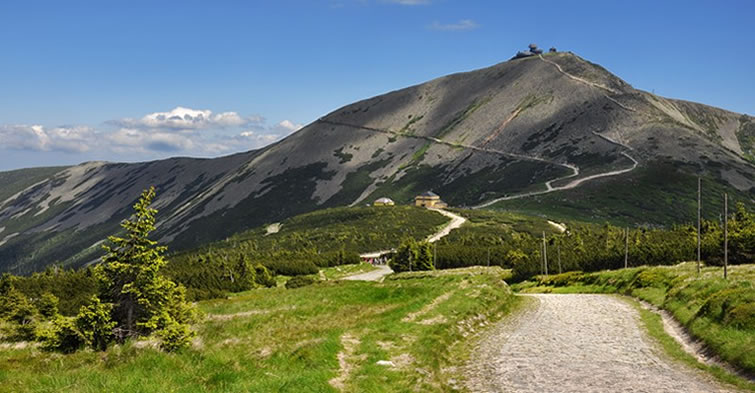 I Walked Across Europe To Understand My Character

Many a good novel has been written from the comfort of an armchair or without the hassle of leaving the writer’s desk. Award-winning novelist and agoraphobic Stef Penney famously wrote The Tenderness of Wolves at the British Library and did not once visit Canada where the novel is so convincingly set. And I’m pretty sure that Mary Shelley didn’t tramp across the frozen Arctic, notebook in hand, to get the detail in Frankenstein right. With a few good reference books and a bit of imagination a writer can conjure up pretty much anywhere. In fact, these days if you type “Machu Picchu” into Google, you can find out everything a writer needs to know to write a credible scene without even breaking a sweat. And yet, for me, it’s not quite the same. I write to experience—to live different lives, learn new skills, go to new places that only my writing would take me to. I like to think of it as the literary equivalent of method acting. It thrills me to know that Kate Mosse learnt taxidermy when writing The Taxidermist’s Daughter or that when I stayed in a bed and breakfast in the Lake District a few weeks back the two other guests there were all writers of some sort, pacing over fells with our notebooks and plans in our heads.

My first novel took me to Suffolk, Berlin and—unlike Mary Shelley—into the Arctic Circle. In fact, it was only by getting lost above a fjord in Norway that I stumbled across one of the story’s key locations. So, when I decided that my second novel would be about an Englishman waking in a field in the middle of Europe in 1945, just as the war there was coming to an end, and the journey that he makes back to England through the wastelands of Germany, it never once dawned on me that I might be able to create Owen’s journey without doing it myself.

Several months later, armed with a maps, compass, a selection of blister-easing Band Aids and a stack of emergency biscuits, I found myself sitting in a field that in 1945 would have been in the Sudetenland that today we would call the Bohemian Uplands of the Czech Republic. It was early May, just as it would be in the novel, days before peace was declared. I was on a warm and sunny slope, and the grass was high. I sat for a moment, noting the wind rippling through the grass, a bird zipping into a hedge. So, this is it, I told myself. This is where it all starts. Right, then. I stood up. To England, I thought.

Okay, I’ll come clean with you; I didn’t walk all the way. Heavens, that’s over 800 miles! And nor does my protagonist. (He takes the occasional jeep.) But I did take much of the same route that Owen takes, walking for hours on end sometimes, into Poland, and then across Germany. I had two or three key locations that I knew would be pivotal to the story but, other than that, I discovered the rest of the narrative as I went.

I do my best thinking whilst walking alone through the countryside. My senses sharpen. The locked door of my imagination eventually opens and ideas blow in like seeds in the wind; sometimes, on those best days, they come so fast that I can’t walk ten paces without having to write something down or take a photograph. At this point there is no knowing what might find its way into my story. But much does. Almost every location in the novel was discovered en route, whether that be a woodland dell with a buried pool in it, a field of newly chopped tree stumps like scattered seats, or just a view leaning out over a fence, imagining tanks moving along the road far below. Perhaps it’s a lack of imagination but I find it hard to conjure locations sitting at my desk, and yet put me in a field and I can imagine it seventy years prior, the craters in the corn where excess bombs were dropped, my characters standing around me, what one of them might say.

The detail of one significant scene in an abandoned house comes directly from an old building that I found on a river and shrouded by trees. Amongst the rubble and dust inside as I sheltered from a rain shower, I sat on the floor and noted everything as my characters would see them: the light coming through the broken window, the scars in the wall where the cement rendering had peeled away like flaking scabs. I’m a scavenger of detail: a rusty oil lamp perched high in a tree, an old abandoned rowboat, dandelions brilliant yellow with light—they all made it into the novel.

Robert Reid, a BBC war correspondent said that Europe just before peace was declared had “a kind of Alice in Wonderland air.” It was an image that I couldn’t shake off as I made the journey Owen makes as he joins the roads filled with displaced people, usurped from their homelands and now, like him, trying to make their way home. There must indeed have been a strange and woozy atmosphere as if the whole of Europe was simultaneously waking from a dream.

I realized as I made my way from village to village how isolated Owen would feel. Later, in developing one of the other characters, I would learn basic Czech, but on my long journey I couldn’t speak it, nor Polish or much German. I walked, living solely in my thoughts, and, increasingly the thoughts of my characters. I began to understand how Owen might fall in on himself as he traveled through countries strange to him, how he might try to make sense of the world and what had been inflicted upon it. The countryside in Europe can be beautiful in May, when nature is at its most bounteous, and yet in 1945 the green and lush landscape would have been blighted with acts of carnage, torched houses, bombed-out rubble, dead bodies lying in the sun. I felt his grief, and yet also his physical and mental exhaustion, the drain of traveling alone and having to stay constantly alert. In an abandoned POW camp in Poland, now overgrown with trees, I sat on a stump and sobbed. I have no idea why. Loneliness? Tiredness? An empathetic sadness? Perhaps Owen was inhabiting me so much by that point that I was beginning to feel his despair.

My journey’s end was not his. However as I sat on the Alsterarkaden in Hamburg, looking out across the water to City Hall, I wrote one of the closing scenes, sitting where he sits in the novel and seeing the world through his eyes. Like all worthwhile journeys it had been long and arduous, but at the end there was satisfaction. The pieces of the story were in place. My notebooks were full. Most importantly, though, somewhere along the route I had discovered Owen within myself. Creator and creation had somehow merged into one. He was alive like no other character I had written before. I had his blisters, his fatigue, his pain. I felt the sun on his face.

Jason Hewitt is a novelist, playwright and actor. He was born in Oxford, and lives in London. His debut novel, The Dynamite Room, was long-listed for the Desmond Elliott Prize and the Authors' Club First Novel Award. His novel Devastation Road is out now.

The American Artist Who's Been Drawing Interwar Berlin for 23 Years 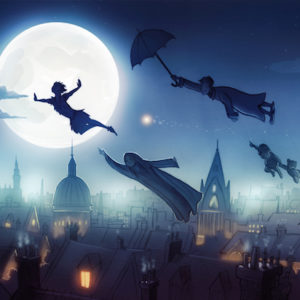 This week in literary film and television news, well, we all sort of took a break. It was a national holiday, after all....
© LitHub
Back to top